no sympathy from me

Well i have to say...... i have no fucking pity on anyone who does this  barabaric shite .....i simply do no understand how people can eat  nasty ass  food....it has to be a  3rd world  practice.....who knew  snakes ina  fucking bottle  never  heard of it ....but some people will eat fucking anything  especailly chinese  people  they have no respect for any animal life at all .......which i despise.......so i am not  giving a fuck about this asshole ....

A Chinese father had the shock of his life when a supposedly dead snake inside a jar of snake wine he bought a year ago suddenly bit him.

The man from Heilongjiang Province, China, reportedly bought three jars of snake wine, believing that the drink could help cure his son, who has been suffering from a chronic illness. Instead of opening the jars, the father purportedly left them untouched for a year so that they could have “enough medicinal properties.”

After the year-long marination, the man claims he decided to finally open the jars and administer the traditional Chinese medicine, only to find that all three of the venomous snakes “came back to life" before one of them bit him.

After being rushed to the hospital, he was treated immediately and reportedly survived the incident.

Traditional Chinese medicine practitioners believe that snake wine contains several health benefits and can even be a cure for rheumatism, arthritis and the flu. The drink is often prepared by fitting a snake inside a jar of alcohol, usually rice wine, and leaving it there to marinate for months.

Some experts said that what happened to the father was not entirely strange since snakes can supposedly live inside a jar of alcohol for 12 months without dying, especially if the lid is left slightly open for air to enter.

However, herpetologist Wolfgang Wüster argued that what happened was “biologically impossible.”

“No snake can survive submerged in any kind of liquid in a bottle for more than an hour or so as a maximum,” Wüster told Newsweek. “Snakes have no magical powers, they are made of flesh and bone like any other animal, and require food, water and oxygen to survive.”

Some snake species are able to enter a state of brumation, which is similar to hibernation for reptiles, when certain conditions are met, such as very low temperatures. During brumation, they require less oxygen and their metabolism slows.

at March 23, 2022 No comments:
Email ThisBlogThis!Share to TwitterShare to FacebookShare to Pinterest

at March 21, 2022 No comments:
Email ThisBlogThis!Share to TwitterShare to FacebookShare to Pinterest

A former Radio 1 DJ has been sentenced to 12 years in prison for preying on children in the Philippines through his online dating profile.

British national Mark Page, 63, of Ingleby Barwick, Teesside, wasfound guilty by the Teesside Crown Court on Wednesday of four abuse charges for arranging the commission of a child sex offense, leading the judge to describe him as the “embodiment of depravity.”

Page was convicted on two charges of abuse for using a webcam traced back to his home to talk to Filipino children in 2016 and another two for his visits to the Southeast Asian country in 2016 and 2019.

The court learned that the former Radio 1 host and Middlesbrough FC's stadium announcer had used the alias “Pancho” while looking for young Filipino girls on the website Find Your Filipino Beauty.

The court also learned that Page had attempted to negotiate a sexual encounter with a 12-year-old girl and a 13-year-old boy, arguing 3,000 Philippine pesos (approximately $57) was too expensive.

you have tp start somewhere 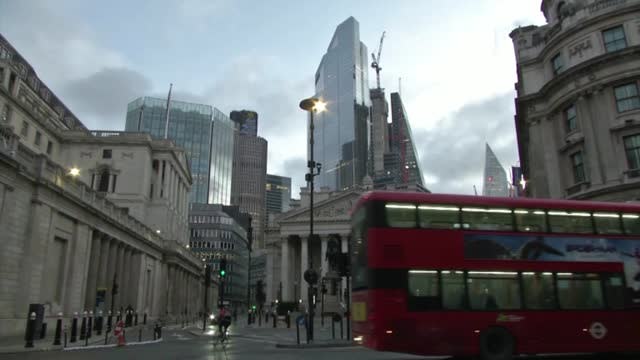 Abramovich landed in Moscow early on Tuesday after taking off from Istanbul in his private jet, according to FLIGHTRADAR24 data. A source familiar with the matter said he was not in Russia to meet with President Vladimir Putin.

It was the second trip a jet linked to the oligarch has made between the Turkish city of Istanbul and the Russian capital in the past three days, the FLIGHTRADAR24 data showed. On Monday, he was spotted in the VIP lounge at Tel Aviv airport before the jet took off for Istanbul.

Abramovich was among several Russian billionaires added on Tuesday to an EU blacklist that already includes dozens of wealthy Russians. World governments are seeking to isolate Putin and his allies over the invasion of Ukraine, which Russia calls a "special operation."

The latest sanctions follow three rounds of punitive measures which included freezing of assets of the Russian central bank, exclusion from the SWIFT banking system of some Russian and Belarusian banks, and the asset freeze of oligarchs and top politicians, including Putin and Foreign Minister Sergei Lavrov.

EU companies will also be no longer allowed to export to Russia any luxury goods worth more than 300 euros ($330), including precious stones, crystal, caviar, wine, handbags, leather products, shoes and coats. Exports of cars costing more than 50,000 euros will also be banned.

This is intended to impact on the lifestyle of Russia's elites, an EU official said.

Britain also imposed fresh sanctions on hundreds of Russian individuals and entities on Tuesday, using a new law to catch up with the EU and United States in targeting people accused of propping up Putin.

As i was saying

A couple in Pennsylvania were surprised at the legal trouble they found themselves in after they tried to spend the night inside of a Target to film a YouTube video.

Johnson Larose and his girlfriend Charlotte Fischer co-run the YouTube channel called Saucy and Honey. The channel has more than 21,000 subscribers and features the couple doing viral challenges and pranking each other.

See this bedroom turn into a vibrant oasis after an incredible one-day renovation:

In one video that they posted on Feb. 21 titled “24 HOUR OVERNIGHT CHALLENGE IN TARGET (CAUGHT?!?),” Larose and Fischer filmed themselves walking into a Target 30 minutes before it closed and then hiding in order to stay at the store overnight.

“Guys do not attempt what we are attempting at home. We are entertainers. We are risking trespassing. I don’t know what else can happen after that. If we get a fine or get arrested, I don’t really know. I don’t really care,” Fischer said in the video.

Fischer added that they wouldn’t be stealing anything from Target and supplied their own water bottles and snacks, as well as wipes and mason jars, should they need to use the bathroom.

The couple set up a fort out of product boxes on the bottom of a shelf until the store’s lights went off and then they wandered around the aisles filming themselves.

Then, at 8 a.m. the next day, Larose and Fischer left Target.

In addition to uploading a video that showed footage of them in the Target after hours, Fox 29 Philadelphia reported that officers were called to the store at 3 a.m. the night they slept over after an alarm went off. Police said they searched the building but did not find anyone.

The next day, however, after learning about the alarm going off, Target employees watched security footage and saw a couple walking around the store after hours with their phones out — presumably Larose and Fischer.

“It became a little bit bigger of an investigation, trying to find out what they were doing, was there something criminal?” police detective Scott Pezick said at the time.

then so be it

Michael Flynn, Donald Trump’s disgraced former national security advisor, wants you to know he’s the “last guy” who would be an apologist for Vladimir Putin, the Russian leader currently conducting a murderous attack on Ukraine.

Flynn would also like you to know, however, that Putin’s invasion “has now upset” plans for a “New World Order” organized by people like billionaire Bill Gates, who are (somehow) pushing to eliminate “God and a soul.”

That is a conspiracy theory word salad from Flynn, but it goes toward a dangerous end: setting up Putin as a hero to a host of conspiracy theorists and covering for an invasion that has caused mass death and suffering in Ukraine.

“Someone like Vladimir Putin has upset this balance of the New World Order they were trying to achieve by going into Ukraine. And you know, I’m probably the last person that’s going to be a Putin apologist. I won’t be, but what I do understand are the dynamics that are playing out in Ukraine right now,” Flynn said on March 8 during an appearance on Thrivetime Show, a podcast hosted by anti-vaxx commentator Clay Clark. Together, Flynn and Clark have organized the Reawaken America tour, a far-right event traveling to cities across the U.S. featuring conspiracy-pushing speakers such as Eric Trump, Roger Stone, and MyPillow Guy Mike Lindell.

Facing the worst national outbreak since the first wave of the pandemic, authorities have introduced lockdown restrictions in cities across the country, with production lines falling idle in the tech hub of Shenzhen and offices shuttered in the financial capital Shanghai.

Under President Xi Jinping, the Chinese government has stuck to a strict zero-COVID policy since the virus emerged in Wuhan in late 2019, locking down entire cities whenever cases emerge and using mass testing and strict quarantining to bring local outbreaks under control.

But Chinese virologists say the arrival of the Omicron variant and its new “stealth” subvariant—both of which appear to evade China’s Sinovac vaccine—could leave that policy in tatters.

For those in the Americas or Europe, the case numbers reported from China still seem pretty small: Authorities confirmed 1,337 new locally transmitted cases in mainland China on Monday. By contrast, the U.K. is currently seeing more than 200,000 cases a day, according to the main COVID tracker.

But the example of Hong Kong, the former British colony that is officially semi-autonomous, is worrying. Omicron appears to be running virtually unchecked through the population of the island territory, which has registered an average of 40,000 cases a day over the past week despite widespread vaccination.

Worst-hit on the mainland is the northeastern province of Jilin, bordering North Korea, where many residents are restricted to their homes except for grocery shopping trips every other day. Jilin has recorded more than 4,000 cases in the past fortnight.

But multiple smaller outbreaks have also been recorded. Shenzhen, a city of 17.5 million people bordering Hong Kong, registered 66 new cases on Saturday, prompting authorities to suspend public transport, close factories—among them the huge Foxconn plant that produces the Apple iPhone. Residents have been told to stay home for the next week except when they are called for three rounds of compulsory testing.