why is anyone surprised about this ...really 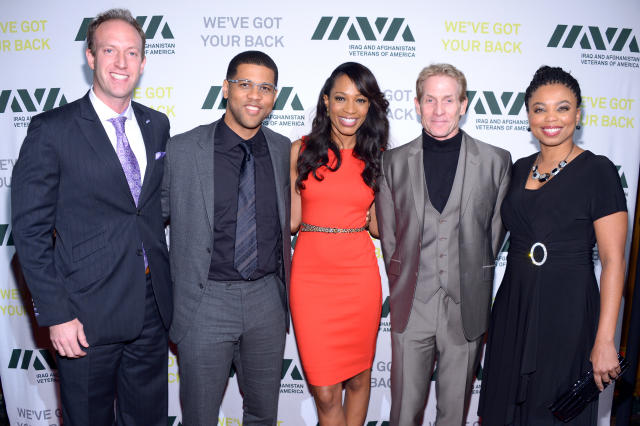 President and head of Fox Sports programming Jamie Horowitz was abruptly dismissed from the sports cable channel Monday amid a sexual harassment investigation by parent company 21st Century Fox, The Los Angeles Times reported.
During the company’s probe, several women, including on-air talent, had been interviewed about their time at Fox Sports, according to the Times. A law firm that was hired to handle the investigation specifically spoke to women about their interactions with Horowitz.
Sports Business Journal was the first to report Horowitz’s firing. The reason for the dismissal was not made clear until later Monday.
Trending: Ancient Giant ‘Ghost’ Crocodile With T-Rex-Sized Teeth Discovered in Madagascar
In an email sent to employees Monday, Fox Sports Chief Operating Officer and Executive Producer Eric Shanks somewhat explained why Horowitz was fired. Shanks also said he would be filling Horowitz’s role for the time being.
“Everyone at FOX Sports, no matter what role we play, or what business, function or show we contribute to — should act with respect and adhere to professional conduct at all times,”Shanks’ email read. “These values are non-negotiable.”
Horowitz has retained the services of litigator Patty Glasser, who released a statement to The Hollywood Reporter.
Don't miss: Mexico Promises Investigation Into Playboy Models Detention
"The way Jamie has been treated by Fox is appalling,” Glasser’s statement began. “At no point in his tenure was there any mention by his superiors or human resources of any misconduct or an inability to adhere to professional conduct. Jamie was hired by Fox to do a job, a job that until today he has performed an exemplary fashion. Any slanderous accusations to the contrary will be vigorously defended."
The potential scandal is the latest for 21st Century Fox—part of billionaire media mogul Rupert Murdoch’s News Corp.—which has dealt with myriad lawsuits and accusations regarding sexual harassment and racial discrimination for more than the last year. Late Fox News President Roger Ailes was forced to resign from the network last summer due to allegations from staff. Earlier this year, O’Reilly Factor host Bill O’Reilly was let go after The New York Times reported on the settling of sexual harassment lawsuits, $10 million of which came from O’Reilly and $3 million from Fox.
Horowitz, who previously held roles at NBC’s Today show and ESPN, joined Fox Sports in 2015 and headed up its FS1 and FS2 channels while siphoning off major on-air talent from ESPN like Skip Bayless.
More from Newsweek