A “POISONER was at work” in a hospital which saw a sudden spike in babies’ death rates, a court was told yesterday.

Letby, 32, is accused of poisoning two with insulin and sabotaging the treatment of others in a year-long campaign.

Some were just days, or even hours, old.

Described as a “constant malevolent presence” on the NHS neo-natal unit, Letby is also alleged to have made multiple attempts to kill some of the babies.

Prosecutor Nick Johnson KC told the court the methods varied — some were injected with air while others were given too much insulin or milk. 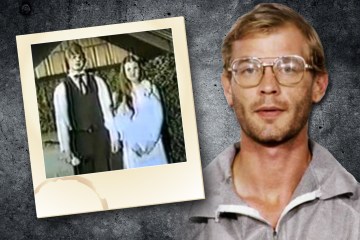 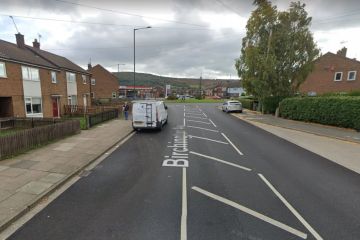 But he claimed “the common denominator” was Letby.

Mr Johnson added: “We allege that sometimes Lucy Letby tried to kill the same baby more than once.

“Sometimes a baby that she succeeded in killing, she did not manage to kill the first time she tried, or even the second time, and in one case even the third time.”

Earlier, Letby, dressed in a dark blue trouser suit and black top, had calmly responded “not guilty” to each of the 22 charges read to her.

BBC Breakfast viewers have a big complaint about host's outfit

The nurse, who had worked in the neo-natal unit at the Countess of Chester Hospital since 2012, allegedly began her campaign by killing three babies over a two-week period in June 2015.

She is said to have murdered a total of five boys and two girls between then and June 2016.

The alleged victims in the ten attempted murder counts — over the same period — are five boys and five girls.

She allegedly attempted to kill twins on the same day.

Letby is also accused of trying to murder a baby girl three times, including twice on the same day.

The University of Chester graduate also tried to kill the same baby boy three times, twice on the same day, claims the prosecution.

Mr Johnson told the jury: “The Countess of Chester is a busy general hospital and within the maternity unit is a neo-natal unit which cares for premature and sick babies.

He said a sudden rise in unexpected deaths and catastrophic collapses alarmed consultants.

Mr Johnson told the court: “Before 2015, the statistics for mortality in the unit were comparable to other like units. But over the next 18 months or so there was a significant rise in the number of babies who were dying and the number of serious catastrophic collapses.

“This rise was noticed by consultants. Their concern was that babies who were dying had deteriorated unexpectedly and not only did babies suffer serious collapses, they did not respond to appropriate and timely resuscitation.

"Some of the babies who did not die collapsed dramatically and then, equally dramatically, recovered. Their collapses and recoveries defied the normal experience of the treating doctors.”

He continued: “The consultants noticed the unexpected deaths had one common denominator — the presence of one neo-natal nurse and that nurse was Lucy Letby.”

Most of the events happened when Letby was on the night shift but moved with her when she was switched to days, he told the court.

He accused Letby of being “the constant malevolent presence when things took a turn for the worse for these 17 children”.

A legal ruling is in place to prevent any of the alleged victims or their families being identified, along with some witnesses connected to the children.

Mr Johnson said the first child to die, known as Child A, passed away the day after he was born at 31 weeks.

A hospital review noted his fatal collapse was consistent with a deliberate injection of air or something else into his circulation a minute or two prior to deterioration.

Mr Johnson said: “This happened at a time when only Lucy Letby was there.”

He added Child A’s elder twin sister, Child B, was also attacked by Letby some time over the next three days but survived.

The first to be allegedly poisoned with insulin, Child F, was attacked in August 2015, a couple of days after he and his twin were born.

Child F survived but his brother, Child E, did not.

The prosecution allege Child E was murdered by Letby on the previous day, again via an injection of air into the bloodstream.

The second baby allegedly poisoned with insulin, Child L, was also a twin who survived.

He was attacked in April 2016, again only a couple of days after he was born, it was said.

His brother, Child M, was also allegedly injected with air and he too survived.

Mr Johnson said of the babies allegedly poisoned by insulin: “Both boys survived because of the skill of the medical staff.

“The medics realised at the time that their blood sugar had dropped and low blood sugar can have natural causes.

"What the medical staff did not realise was that the reason was the result of someone poisoning them with insulin. There can be no doubt that these were poisonings.

“The prosecution say that one of the reasons the cause of their problems was not identified and at the time was attributed to a naturally occurring phenomenon was that it simply did not occur to the medical staff that someone in the neo-natal unit would have injected them with insulin.

“Nobody thought that there was someone trying to kill babies in the neo-natal unit.”

He went on: “Lucy Letby was on duty when both were poisoned and we allege she was the poisoner. There’s a very restricted number of people who could have been the poisoner, because entry to a neo- natal unit is closely restricted.

“The prosecution say that the only reasonable conclusion to draw was that somebody poisoned these babies deliberately with insulin.

“These were no accidents and, if we are right about that, it will help you assess the collapses and deaths of other children because someone was sabotaging them or whether they were just tragic coincidences.”

He said there was evidence that Letby had shown an “unusual interest” in the families of the children she had allegedly attacked.

Judge Mr Justice Goss earlier told the jury of eight men and four women to put their emotions “to one side” when hearing evidence bound to provoke “horror”.

Families of the alleged victims were in court, as were Letby’s parents, John, 76, and Susan, 62.

Letby, of Hereford, denies 22 charges of murder and attempted murder.

CHILDREN’S nurse Lucy Letby started working at the Countess of Chester Hospital in 2012.

The death rate on the neo-natal unit spiked from June 2015 to June 2016. She denies the following charges:

June 2015: Attempted to murder Child B

July 2018: Arrested for the first time