If looks could kill! Twitter's 'head of censorship' - who banned Trump and squashed Hunter Biden laptop story - is pictured glaring at new boss Elon Musk hours before he FIRED her along with CEO and CFO

By JENNIFER SMITH, CHIEF REPORTER and HARRIET ALEXANDER FOR DAILYMAIL.COM

Just a day before being fired by Elon Musk, Twitter lawyer Vijaya Gadde was photographed glaring at her new boss in an awkward meet-up with other employees at the HQ coffee bar.

Gadde, widely considered the 'head of censorship' at Twitter, had been vocal in her criticism of Musk; she cried during a meeting in April after he first announced plans to buy the company. She was a well known Democrat donor and was behind the decision to squash links to a New York Post story about Hunter Biden's incriminating laptop before the 2020 election.

Musk had publicly slammed her for the decision.

On Wednesday, she was spotted with Musk and others at the coffee bar at Twitter HQ. The next day, she was fired along with CEO Parag Agrawal and CFO Ned Segal.

But she walks away with a sizeable payout - a total of $72million in stocks that she owned, salary and benefits and stocks that had not yet vested when she was in her position but which are now paid out as part of the deal.

Musk has not yet publicly named their replacements but he is expected to act as interim CEO at least on a temporary basis. 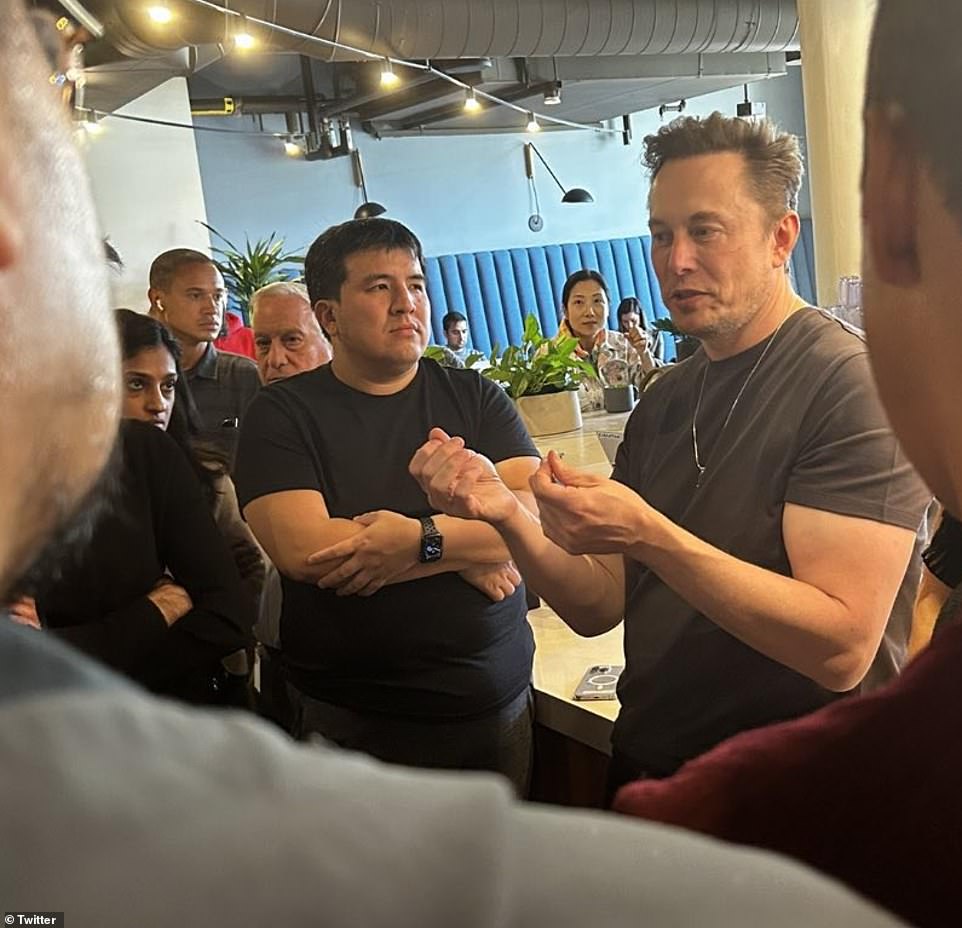 Elon Musk speaks with employees including fired top counsel Vijaya Gadde (left) on Wednesday after taking over at Twitter. She was responsible for permanently banning President Trump from the site - a move that Musk says he will reverse 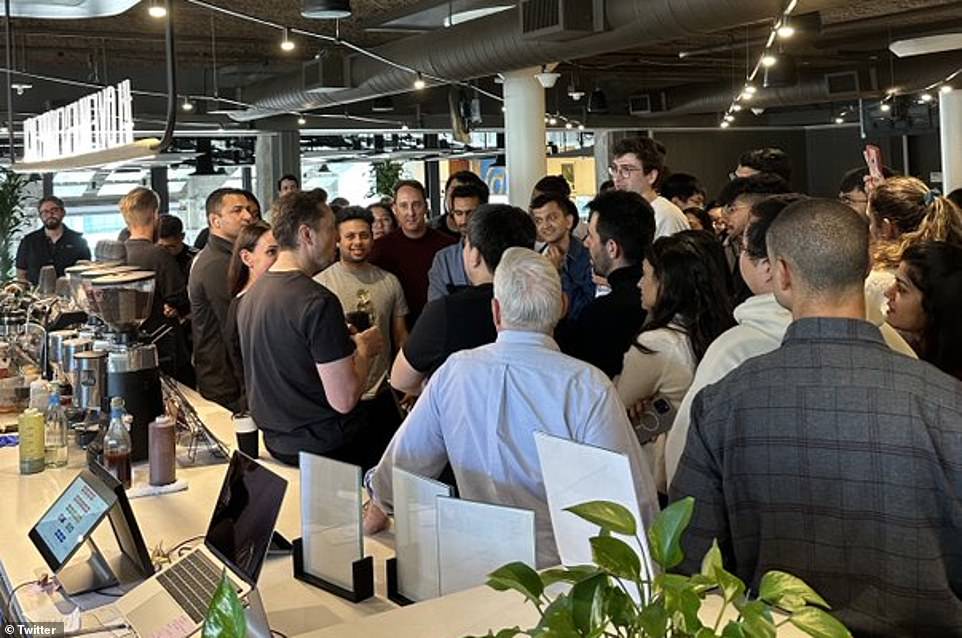 Musk at the Twitter coffee bar yesterday. He has vowed to fire 75 percent of the staff - to the dismay of many senior employees 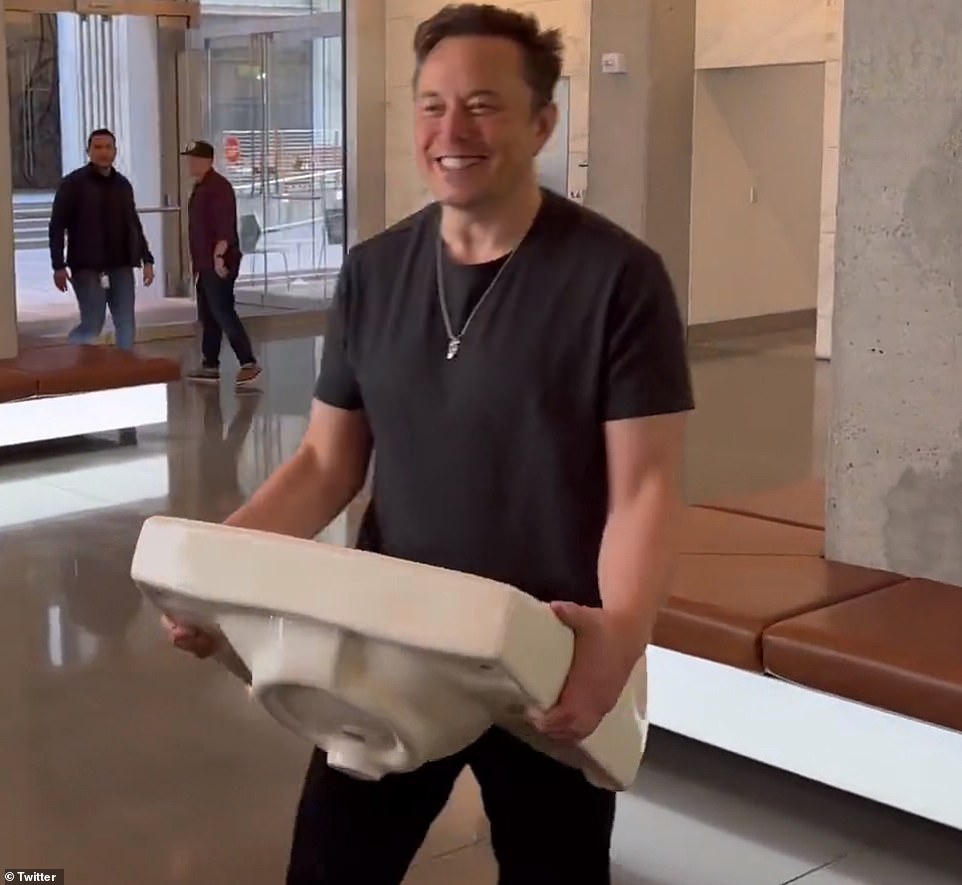 There's a new sheriff in town: Elon Musk tweets on Friday morning after taking over the company

As Musk ushered them out last night, he asked Tesla engineers to visit HQ today to start rewriting the website's code.

Among his plans is to open source algorithms to increase transparency for users about how their data is used to suggest content to them, and to add an 'edit' button for all.

He also plans to allow President Trump back on the site.

Trump welcomed his takeover on Friday, writing on his own social media site Truth Social: 'TRUTH SOCIAL has become somewhat of a phenomena.

TWITTER'S HEAD OF CENSORSHIP: LAWYER WHO BANNED TRUMP &  DONATED $16,000 TO THE DEMOCRATS 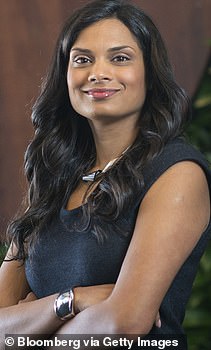 Vijaya Gadde's had been a low-key Silicon Valley power player for years, and at Twitter played a key role in the contentious decisions to ban Donald Trump and suppress news articles about Hunter Biden's laptop.

After moving to the US from India with her family as a toddler, Gadde and her family faced racism as she grew up in Beaumont, Texas, where she has said her father had to seek approval from the Ku Klux Klan to sell insurance door-to-door.

Federal records show that she has also donated regularly to Democratic candidates, contributing more than $18,000 over the past two decades, and most recently supporting Kamala Harris with a $2,700 check in 2019.

As Twitter's chief legal officer and general counsel, Gadde exercises enormous power at the company, where she has long essentially had final say over who is allowed on the platform, and what they can tweet.

In an interview with Bloomberg, Gadde once said that Twitter's former CEO Jack Dorsey left the creation and enforcement of content policies up to her.

'He rarely weighs in on an individual enforcement decision,' Gadde told the outlet. 'I can't even think of a time. I usually go to him and say, 'this is what's going to happen.''

Although she maintains a low profile, that power has put Gadde at the center of some of Twitter's most controversial moderation decisions, including the decision to permanently ban Trump after his supporters stormed the US Capitol in January 2021.

She also signed off on Twitter's move to block the sharing of links to a New York Post article based on files from Hunter Biden's abandoned laptop soon before the 2020 election.

'Last week it had bigger numbers than all other platforms, including TikTok, Twitter, Facebook, and the rest.

'It also looks and works better to my eye. I am very happy that Twitter is now in sane hands, and will no longer be run by Radical Left Lunatics and Maniacs that truly hate our country.

'Twitter must now work hard to rid itself of all of the bots and fake accounts that have hurt it so badly.

'It will be much smaller, but better. I LOVE TRUTH!'

Among those who have decried his plans as dangerous is former head of global public policy, Colin Crowell.

He left Twitter in 2019, long before Musk had designs on the site, but told The New York Times yesterday: 'It’s a ‘back-to-the-future’ reversion to content rules circa 2010, but one that ignores the lived experience over the last decade.

'People eventually realize that the Wild West needs a sheriff, both for ensuring the safety of citizens but also for enhancing the prospects for commerce.'

Twitter shares have risen steadily throughout the week in anticipation of the takeover, but they will be halted on Friday on the NYSE.

Musk plans to take the company private - a move that will somewhat shield him from the regulation and bureaucracy he faces with a publicly traded company.

In a securities filing on April 14, Musk said he did not have confidence in Twitter's management and initially vowed to sack 75 percent of the workforce when he formally bought the tech giant.

His total compensation for 2021 was $30.4 million – largely in stock awards – after he was handed the top position following Jack Dorsey's resignation last November.

Twitter's former top lawyer Gadde, who earned $17 million in 2021, was reportedly in tears in April when Musk's takeover first came to light. She has now been paid out $12.5 million for her troubles, Insider said.

Ex-CFO Segal – who was the man behind Mr Trump's Twitter ban – also received the handsome sum of $25.4 million after being fired by Musk on Thursday evening.

And former CCO Personette was handed $11.2 million as part of Musk's house clearance.

Despite Musk's obvious delight with the astonishing deal which will go down in history, some experts have claimed that he has 'overpaid' for the platform.

Dan Ives, an analyst at Wedbush Securities, told the US Sun that the deal 'will go down as one of the most overpaid tech acquisitions in the history of M&A deals on the Street in our opinion'.

Ives, who works for a LA-based investment firm, estimates the value of the company to be closer to $25billion rather than the $44billion.

'With fair value that we would peg at roughly $25billion, Musk buying Twitter remains a major head-scratcher that ultimately he could not get out of once the Delaware Courts got involved,' he said.

In the lead up to the South African's buyout of the social media firm, the market positively reacted, with share prices visibly improving. 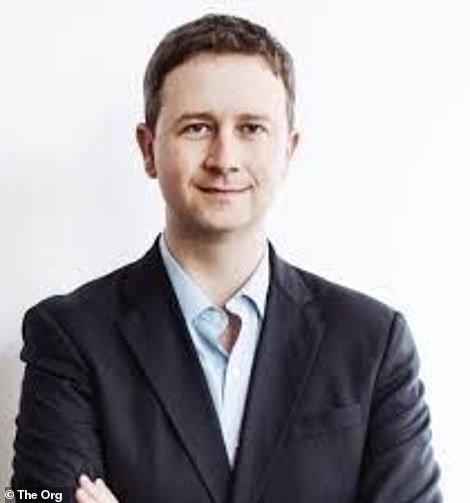 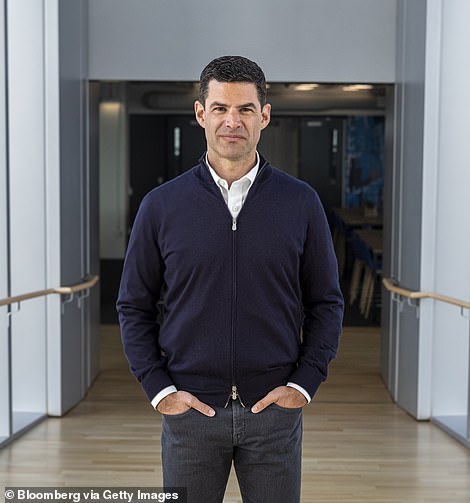