More than 60 people died in Florida. Here's a look at the destruction on Fort Myers Beach's Estero Island, some buildings, boats and homes after one month of Ian's landfall near Cayo Costa.

By the way, subscribers: Where do all the Hurricane Ian-trashed vehicles go?

Related: How did Ian affect 'Seashell Capital of the World'? 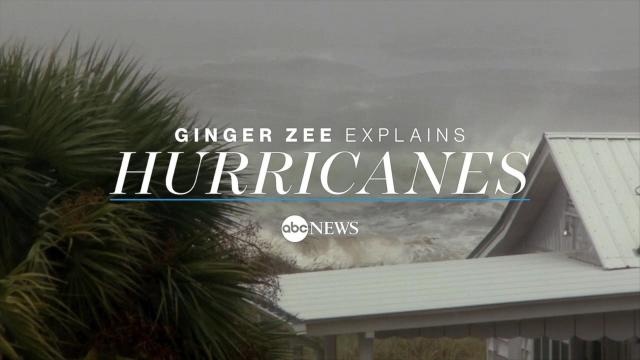 Parts of Southwest Florida that were left unrecognizable in the wake of Hurricane Ian are still cleaning up the remnants of the widespread destruction one month after the monster storm made landfall.

Hurricane Ian reduced entire neighborhoods to rubble in places like Fort Myers Beach and Sanibel Island after it ripped through Southwest Florida with Category 4 winds and menacing storm surge on Sept. 28.

So far, cleanup and recovery has been a slow and painstaking process, Holly Smith, mayor of Sanibel Island, told ABC News.

Recent images out of the regions hardest hit by the monster storm show the magnitude of work that remains to pave the way for rebuilding.

A photo out of Fort Myers Beach shows piles of rubble that remain among foundations torn apart by winds topping 150 mph. The area, flanked by restaurants and businesses, was previously frequented by tourists and locals.

The amount of work done so far, especially the speed of the temporary repairs for the Sanibel Island causeway, are "nothing short of miraculous," Smith said. The open causeway now allowing for residents, business owners and cleanup crews with permits to access the island to survey the damage, Smith said.

The destruction of Sanibel Island, a barrier island off the coasts of Fort Myers Beach and Pine Island, is "extensive," Smith said. The electrical grid has been "decimated," and while there is running water, sewage systems are not operating optimally, she added.

The mayor has remained in her Sanibel Island home, sticking mainly to the couple of rooms powered by a small generator, she said. When she surveys the island, still in recovery and debris removal, she sees condominium complexes that have completely been washed away, mountains of debris and homes that were completely destroyed.

It will take years, not months, to rebuild, Smith said. But the signs of life returning to the island are already evidence.

One grocery store, Jerry's Foods on Periwinkle Way, is up and running, Smith said. One school, grades Kindergarten through 8th grade, has been relocated to another part of Lee County, she added.

"We're resolved to get back together and build this Sanibel again," she said.

Homes and trailer parks lining the coast were also decimated by the waters rushing in from the Gulf of Mexico during the storm.

The pier Fort Myers Beach, one of the most recognizable landmarks in the area, is also in the process of being rebuilt after seawaters toppled over the structure as the storm system pushed onto land.

At least 127 people have died as a result of Hurricane Ian, according to local officials. After Ian passed, it prompted the largest urban search and rescue response in Florida history to find survivors.