Adrenochrome is produced by the oxidation of adrenaline (epinephrine) in mammals. The chemical  concentrates in the body during times of extreme fear and terror.

Over the years many testimonies of people who have survived “illuminati” sacrificial rituals, high ranking government officials and people who have witnessed their kids being subjected to high level pedophilia and satanism have all came forward to share their experiences.
Most of them have shared the same story over and over again, they say the “cabal” or the “illuminati’,  these high-ranked politicians, bankers., businessmen…they all take part in satanist rituals in wich they subject a person or even many Individuals to unbelievable levels of torture and trauma, in most cases they prefer torturing children as they consider them to be more “pure” and to produce high -potency Adrenochrome.

(Pictured above: the “illuminati” card game published in 1995, and who “predicted” the 9/11 terror attack, had also a card with “Immortallity serum” as the tittle and we can see a medical plastic blood bag and a syringe full of blood. )
That’s why these people are so involved in pedophila and child sex-trafficking, of course this not the only part of their rituals, what you have to realize is that these “people”,  these elite satanists, they not only torture and kill children, no, they also do offerings of organs and blood, they rape the children, they chope their heads off… but in most cases they seem to harvest the blood of the person while the person is still alive to they can keep on torturing the person until the person finally dies or they end up killling the subject.  Every  sick and twisted pervertions you can think of, these people  are doing them 100x worse.
These monsters worship satan they want to please him and they are  addicted to this drug who’s  naturally occuring in the blood of tortured human beings. It’s been talked that once they get to taste Adrenochrome charged blood they become so addicted that if they cant get their hands on another supplie their withdrawal symptoms are far worse than a meth withdrawal.
So you can see how these people will do anything to keep on doing their sickening rituals and keep on going after our precious children.
Not only  are they addicted to this drug but let’s be real, to kill and torture other human beings you have to be a “person” who does not feel any guilt, remorse or compasion. We call the people who exhibit these kinds of behaviors psychopaths. And That’s what these people are, PSYCHOPATHS.
The only way these people who are devoid of any emotions, are getting somewhat of a trill is by torturing, killing and of course ingesting this drug.
Drinking the blood of tortured Human beings and even animals is not new, ancient egyptians used to do blood sacrifices, the aztec did too, vlad the impaler also drank blood and did all kinds of satanic rituals, in greece it was banned but it became an hidden thing just like today where the cabal is still doing these horrible things behind close doors. 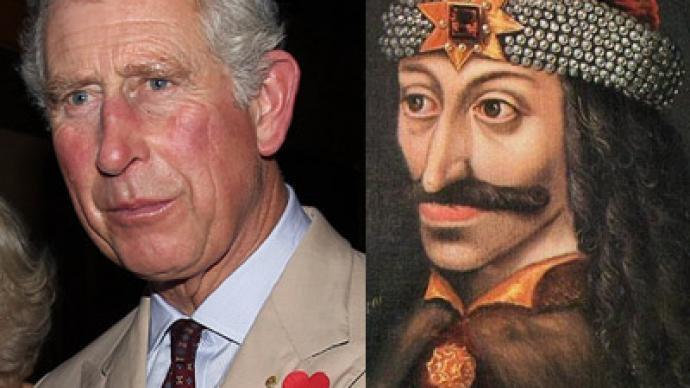 Prince Charles is a direct descendent of Vlad the Impaler or famously knowm as Dracula, who was at the origin of the Vampire folcklore.
Because just like our modern days “illuminati’ vlad dracula drank the blood of tortured human beings.
Nothing new under the sun, these people we call the illuminati have learned these practices and rituals directly from ancient babylonian and egyptian’s occult teachings.
That’s why they created secret societies , to keep these teachings secret, and to teach this occult knowledge that ancient civilisations had about satanism only to people who are part of their secret societies.
The people in these secret societies have to go through alot of  satanic ceremonies to prove that they can be trusted.
It’s fair to say that if one person can kill a child without any guilt to prove that they can be trusted by the “brotherhood”, then they can climb in ranks to more evil and sick teachings.
In Freemasonry that’s why they have ranks “degrees”, the highest being 33rd degree. ( but there might be higher  secret ranks)
But of course theres alot of  other secret societies that we don’t know of, the most known are of course freemasonry and skull and bones.
but it doesn’t really matter because all these secret societies have the same core teachings wich is satanism, they just have different names but the content stays the same..

at August 26, 2020
Email ThisBlogThis!Share to TwitterShare to FacebookShare to Pinterest