First off .....twitter blows i have been suspended ....guess what for ....telling the truth .....much like facebook .....but twitter can show porn ....nice huh !!!!  double standard ....full hardcore porn ....but say the truth and jack bans  ya ....well he looks like he could not take the truth anyways ......too old for the hoodie mate .........you get grown men in hoodies they look shifty ....not cool ......like dads  wearing skinny jeans should not wear skinny jeans after 18...........and!!!!!not too mention facebook banned by mark many times his gutless staff ...fact checking losers ....or as i would like to say fat checking losers ....unpaid scum .....if you are doing fact checking for free you area  fucking useless cunt .......this is why i stick to blogger these guys are not pioneers ....they are techies .......pioneers are real men who invent cures for cancer ....and shit like that ....these are just self absorbed  techies who are surrounded by bodygaurds because they are afraid ....they have money but no freedom ........no life if you have to ge everywhere with body guards   because you are that afraid ........you see people like bezos ....mark and jack .....only care about their billions they are just techies they do nothing for humanity .....sure any rich dirtbag can write a check .........and we know when you donate it's a tax write off  ...you are no saints you are veneer people who are probably in the enlightened ones ....not far off i am betting ........how sad is it when you have to go running with a bunch of bodyguards .......very very sad what it looks like no manly at all .......i respect  neurosurgeons ....cancer specialist .....surgeons ....not techies like bezos ....or jack or mark........but we all made them famous i am disgusted with twitter  ...plus it blows you can only rant so much .........these guys are plotting to mess up life too ....if you don't think so then you are as dumb as the other commoners ......billionaires only care about one thing ,.,.........themselves ..... 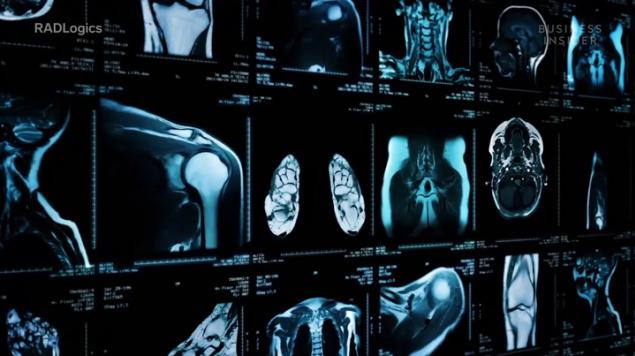 Video Not Available
Unfortunately, this video is missing or damaged and cannot be played.
SS-501-300
Jack Dorsey has never been Facebook's biggest fan, and it appears that the Twitter and Square CEO still doesn't care for the social network or its CEO.
The topic came up during Dorsey's recent appearance on "The Boardroom: Out of Office" podcast, hosted by Rich Kleiman, a cofounder of Thirty Five Ventures and the manager of NBA superstar Kevin Durant. Dorsey and Kleiman, who are close friends, discussed a variety of topics, including Dorsey's intense diet, exercise, and meditation regimen and burnout culture among entrepreneurs.
At one point in the episode, Kleiman asked his assistant Gianni Harrell what his top-three most used social-media sites were. Harrell said they were Instagram, Snapchat, and Twitter. When Kleiman turned the question on Dorsey, he replied, "It's the exact opposite of that."
"I don't really use Instagram," Dorsey said. "I love what Snapchat has innovated around. I think they're phenomenal. I don't use a lot of Facebook products — any, actually."
When Kleiman asked if the CEO had "beef" with Zuckerberg, Dorsey danced around the question but seemed to hint that he's not a fan.
"Uh ... there's different approaches, Rich," Dorsey said, laughing.
Dorsey and Zuckerberg have a long, less-than-chummy history. The pair shared dinner in 2011, when Zuckerberg served Dorsey cold goat he had killed himself, according to the Twitter CEO. They've since traded barbs over fact-checking political ads, with Dorsey criticizing Facebook's defense that it's a free-speech issue. Dorsey has also made outright jabs at Zuckerberg, saying in 2019, "There's some amount of revisionist history in all his storytelling."
For his part, Zuckerberg hasn't been shy about criticizing Twitter, saying in an all-hands meeting, "Twitter can't do as good of a job as we can," according to leaked audio obtained by The Verge in October. In December, Dorsey unfollowed Zuckerbergon Twitter.
But Dorsey's refusal to use Facebook products may also stem from another issue, this one with Instagram founder and former CEO Kevin Systrom.
Dorsey and Systrom met while working at Odeo, the audio and video site created by eventual Twitter cofounders Ev Williams and Noah Glass. They remained friends, and when Systrom launched Instagram years later, Dorsey invested. He became an active user and one of the app's most influential early adopters.
But according to the book "No Filter: The Inside Story of Instagram" by Sarah Frier, their relationship soured when Dorsey found out that Instagram had sold to Facebook through a third party, not through Systrom. According to the book, he was hurt that Systrom hadn't called him first to discuss the deal or negotiate one with Twitter instead.
The situation appears to have soured Dorsey's affinity for Instagram: While he still has an account, Dorsey stopped posting on Instagram in April 2012, the same day he found out the company had sold to Facebook.
Read the original article on Business Insider