Greed overtakes fear in the stock market, but don’t be lured into this short-lived rally 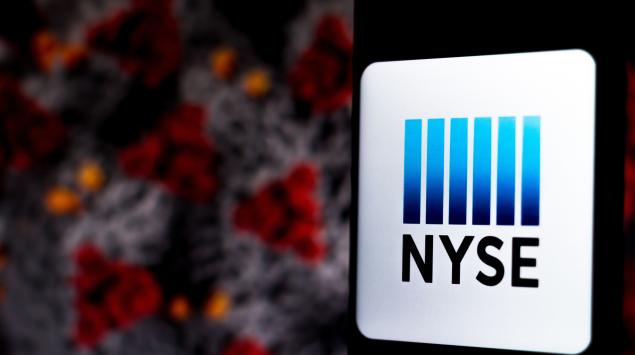 Scroll back up to restore default view.
Stocks extended gains Monday as investors geared up for another week of closely monitoring developments around the global coronavirus outbreak and policymakers’ responses to the pandemic.
Over the weekend, coronavirus cases rose in major centers around the world but at an at least temporarily slower pace than in recent weeks.
[Click here to read what’s moving markets heading into Tuesday, April 7]
The state of New York, which leads the nation with about 130,000 positive cases, on Monday reported 599 new coronavirus deaths, or about level with the 594 reported on Sunday. But Governor Andrew Cuomo in a Monday press briefing reiterated that even if the pandemic in the state was beginning to plateau, it was “plateauing at a very high level, and there is tremendous stress on the health-care system,” he said.
Elsewhere, Italy reported the slowest rise of new deaths in two weeks on Sunday. France and Spain – two other European centers for the virus – also reported adeceleration in new deaths.
While the slowing increases in case counts serve as a positive development, many analysts remain cautious and have still not ruled out further volatility in the near-term.
“Until the virus shows a decline in its trajectory and rolls over, a semblance of normalcy will likely remain out of reach,” John Stoltzfus, chief investment strategist at Oppenheimer Asset Management, wrote in a note Monday. “The ultimate extent of the damage to the economy and the corporate sector will be hard to determine in the near term and will likely vary greatly within segments of the economy and sectors of the markets.”
“For now the markets will likely remain hostage to news on how long it will take to ‘get back to business’ and ‘the good life,’” he added. “We’d expect markets to continue trading on a combination of fear, technical factors and wistful hope with fundamentals clouded by the uncertainty weaved by the insidious virus.”
Official government guidance around controlling the spread of the coronavirus continues to be dynamic in the U.S., with the Centers for Disease Control and Prevention on Friday adding a recommendation for Americans to wear cloth face coverings when leaving their homes.
And U.S. leaders’ rhetoric around the outbreak is still dire, with many Americans in states across the country preparing to remain under stay-in-place orders for at least the coming weeks.
On Sunday, U.S. Surgeon General Vice Admiral Jerome Adams told Fox News on Sunday that this coming week “is going to be the hardest and the saddest week of most Americans’ lives, quite frankly,” adding that it will be “our Pearl Harbor moment.” He also noted in the interview, however, that Americans could “change the trajectory of this epidemic” by following social distancing guidelines.
And for equity markets, visibility as to the duration and extent of the outbreak would be a welcomed respite. Stocks ended last week lower as volatility returned to equity markets following the prior week’s advances, as rapidly deteriorating economic data began to reflect the impact of the coronavirus outbreak. The March jobs report – which collected data just through about the 12th of the month – already showed U.S. employers cut 701,000 non-farm payrolls, before widespread social distancing measures had even gone into effect.
With this in mind, Thursday’s initial jobless claims report will again be a closely watched print, with consensus economists expecting to see 5 million new unemployment claims filed for the week ended April 4. The prior week, jobless claims skyrocketed to a record 6.648 million.
—
at April 07, 2020
Email ThisBlogThis!Share to TwitterShare to FacebookShare to Pinterest