we have to make examples of these slugs


Unfortunately you cannot fuck about in these times of pandemics .....its not the time to start doing stupid shit like this fucking Imebas .........govt should send them away for 10 years ...set an example  for  fucking retards ,.......because that's all they are is low life uneducated filth servile useless pigs .......or someone should beat them into a coma ......elegant educated human beings do not  do this trailer park garbage that's all it is .....a trailer park mentality ......decent living human beings  do not  partake in useless  filth low grade behavior ..... 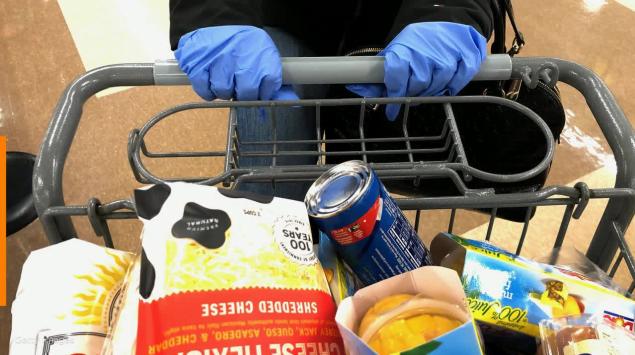 Scroll back up to restore default view.
Los Angeles (AFP) - A California woman has been arrested after licking $1,800 worth of groceries and other items at a supermarket in the northern part of the state, police said Wednesday.
Chris Fiore, spokesman for the South Lake Tahoe police department, near the border with Nevada, told AFP that officers were called to the Safeway store on Tuesday following reports of "a customer licking groceries" at a time of heightened fears over the spread of the highly contagious novel coronavirus.
"When officers arrived on the scene, a Safeway employee informed them that the suspect put numerous pieces of jewelry from the store on her hands," he said. "The suspect licked the jewelry then began to load her cart with merchandise from the store."
Fiore said officers located the suspect, identified as Jennifer Walker, inside the store with a shopping cart full of items, including meat and liquor, which she had no means to purchase.
Walker, 53, was arrested for felony vandalism and the merchandise had to be destroyed for fear of contamination.