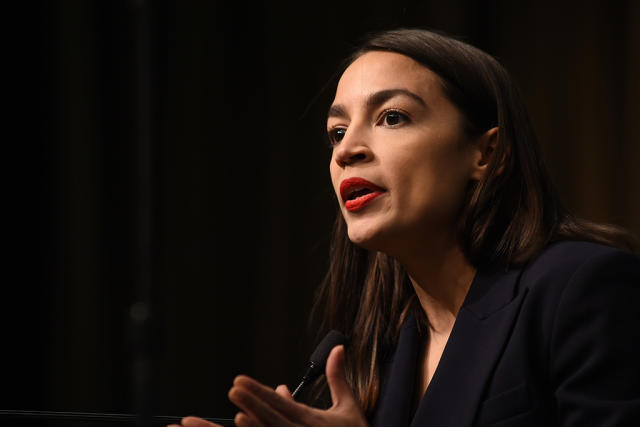 Former Sears Chairman and CEO Eddie Lampert has some powerful new opponents.
On Thursday, presidential candidate Sen. Elizabeth Warren and Rep. Alexandria Ocasio-Cortez sent a letter to the hedge fund billionaire lambasting his efforts to shirk repaying Sears Holdings for $43 million in severance payments to thousands of laid-off Sears workers.
Related stories
Sears Debuts a New Logo -- & People on Facebook Have a Lot to Say About It
Sears Lawsuit Alleges Billions in Assets Were Transferred to Ex-CEO & Shareholders Ahead of Bankruptcy
Why Analysts Predict Another 75,000 US Stores Could Close by 2026
Lampert agreed to cover the payments as part of the terms of the deal he struck in February to buy the bankrupt chain for $5.2 billion through Transform Holdco, LLC, a subsidiary of his hedge fund, ESL Investments Inc. In the agreement, he promised to continue operations at 425 stores and save the jobs of 45,000 employees. Since then, however, he has argued to the court that he should not be responsible for the severance costs because Sears Holdings didn’t fulfill certain aspects of the deal.
In their letter, Warren, D-Mass., and Ocasio-Cortez, D-N.Y., called out Lampert’s earlier assurances that workers that lost their jobs after Sears filed for bankruptcy on Oct. 15 would be guaranteed an exit package.
“The failure to make those payments would amount to a broken promise on your part and a betrayal of hardworking Sears employees — some of whom have worked at the company for decades — who are relying on the severance that they have been promised to pay rent, care for children and put food on the table,” they wrote.
In a statement to FN, a spokesperson for Transform Holdco said that the lawmakers’ letter mischaracterizes the dispute, saying in part, “To be clear, employees of old Sears who lost their jobs during bankruptcy have already received their severance payments. The approval that Transform has sought from the Court is to be released from its conditional obligation to reimburse Old Sears for making those severance payments.”
Lampert recently filed court documents alleging that Sears Holdings failed to make payments to vendors and transfer certain promised assets to ESL, including part of the company’s Chicago headquarters and store inventory.
“Because of these shortfalls, [ESL] believes it has no obligation to assume $43 million in severance,” ESL’s lawyers argued in the filing.
Sears Holdings filed a lawsuit against Lampert last month accusing the executive of siphoning billions of dollars in assets from the struggling retailer for his own enrichment while allowing it to sink into bankrtupcy.
“Eddie Lampert … in concert with and assisted by other defendants, transferred billions of dollars of the company’s assets to its shareholders for grossly inadequate consideration or no consideration at all,” the lawsuit read. “This complaint is brought to make Sears whole for these thefts of its assets.”
In a statement to FN at the time, ESL wrote that it “vigorously disputes the claims in the debtors’ complaint,” reiterating that the allegations were “misleading or just flat wrong.”
This story has been updated with a statement from Transform Holdco and to reflect the company’s contention that the severance payments have already been paid.
Sign up for FN's Newsletter. For the latest news, follow us on Facebook, Twitter, andInstagram.
WPIX - New York 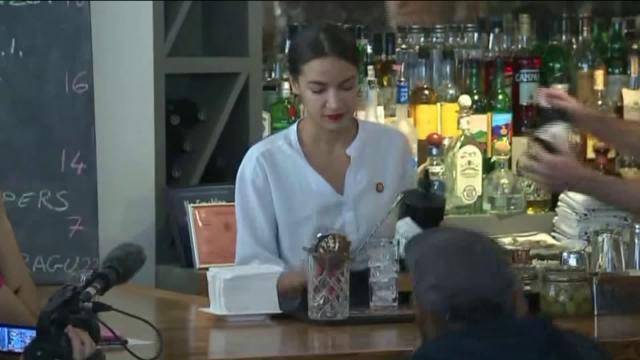 Alexandria Ocasio-Cortez was back behind the bar Friday to fight for better wages for people in the service industry.

AOC Goes Back To Her Bartending Roots — For A Good Cause 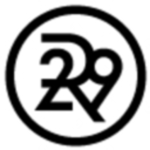 Andrea González-Ramírez,Refinery29 Fri, May 31 7:00 PM EDT
Rep. Alexandria Ocasio-Cortez 's life has changed drastically since she won her congressional primary last year, but on Friday the former bartender and server made it clear that she still knows her way around a restaurant — especially when it's for a good cause.
Surrounded by service industry workers and her constituents, Ocasio-Cortez poured drinks and waited tables in an effort to raise support for upping the federal minimum wage for tipped workers at an event organized by Restaurant Opportunities Centers (ROC) United in Jackson Heights, Queens.
"The federal tipped minimum wage is $2.13 an hour. That is unacceptable," Ocasio-Cortez told reporters. "Any job that pays $2.13 an hour is not a job, it’s indentured servitude."
Most people know Ocasio-Cortez’s superhero-like origins: Before her historic primary upsetlast summer, the 29-year-old worked as a waitress and bartender for four years in Manhattan. The congresswoman often speaks proudly of her experience as a restaurant worker, which she says helped shape the values and ideals that eventually led her to Capitol Hill — including making economic justice a core part of her platform.
"We shouldn't have to work an 80-hour week so our kids can have a meal at lunch," she said at The Queensboro, a restaurant that employs mostly Jackson Heights residents. She added, "We need to make sure that people are paid enough to live, period. That's what we're pushing for."
New York is one of 43 states that still allows employers to pay a minimum cash wage below the federal minimum wage. Out of those, 17 states still allow a $2.13 an hour wage — a figure that has not gone up since 1996. In 2018, Gov. Andrew Cuomo asked the state's Department of Labor to review ending the sub-minimum tipped wage in New York, but the Democrat has not taken executive action since then.
Advocates say that the current two-tiered system breeds inequality, particularly for women and people of color, who make up the bulk of the service industry. "Today, 70% of tipped workers are women. They are women who work at IHOP, Applebee's, and Olive Garden. They are women who work at nail salons or as massage therapists and hairdressers," Saru Jayaraman, cofounder and co-director of ROC United, told reporters. According to the One Fair Wage campaign, servers are 2.6 times more likely to live in poverty than the overall workforce. The sub-minimum tipped wage system often makes workers more vulnerable to sexual harassment, due to the reliance on tips for the majority of their income.
Jayaraman and the workers at Friday's event hope that the tide is shifting. Ocasio-Cortez is currently a co-sponsor of the Raise the Wage Act and the BE HEARD Act in the U.S. House. Both measures call for raising the federal sub-minimum wage for tipped workers from $2.13 to the full minimum wage, which would make tips additional. "It is not enough to just be a land of freedom; we need to be a land of economic freedom," Ocasio-Cortez said. "It's so important that we have a $15 national minimum wage."
Workers such as Zulma Lowery, a 41-year-old chef who has worked on the restaurant industry for 12 years, believe that service industry workers who rely on tips deserve to be treated with the same dignity and respect that those who don't. "There is a lot of us who work on tips only. AOC being here, ROC United being here, all of the employees being here — that's a powerful thing," Lowery told Refinery29. "We should all keep fighting for our wages."
Like what you see? How about some more R29 goodness, right here?

at June 02, 2019
Email ThisBlogThis!Share to TwitterShare to FacebookShare to Pinterest