the symbol of america 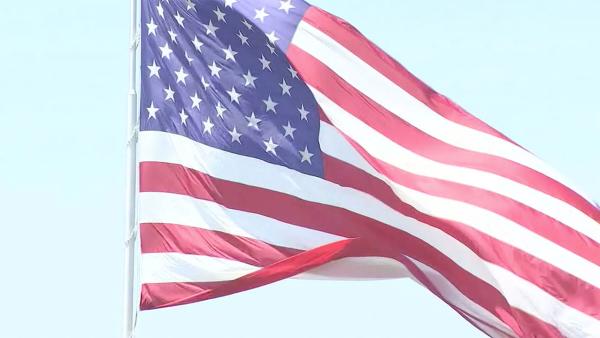 Scroll back up to restore default view.
Flying above Camping World in Statesville, North Carolina is a massive patriotic sight: an American flag measuring at 40- by 80-feet. According to city officials, however, it's against the law. It's not only a battle between a business and the city – now, the community is getting involved.
According to Charlotte, N.C., news station WSOC-TV, Camping World’s Gander RV location was granted a permit to fly the U.S. flag at its business, but the flag it currently has on display is almost twice what city codes allow.
Despite a lawsuit recently filed by Statesville city officials, Camping World’s CEO Marcus Lemonis will not take the flag down, despite fines of $50 per day being levied retroactively to Oct. 15 – totaling approximately $11,000.

"I don't care if [the fine] goes to $500 a day. The flag is not coming down," Lemonis told the station. "From our perspective, if the flag pole isn't hurting anybody and isn't in danger to anybody, then the size of the flag is somewhat irrelevant."
Supporters were alerted to a petition shared in a Facebook post by Camping World. The post reads, "This is about more than just the flag. This is about our Veterans, Military, and the men and women that have sacrificed for this great country. They are the reason we fly the flag and they are the reason we will NOT take it down!"
The petition currently boasts over 200,000 signatures. Statesville has a population of approximately 26,657.
"My family has been car dealers, had been car dealers since the 1960s, and our key trademark was always flying our flag in our dealership in south Florida," Lemonis told the outlet, explaining that similar-sized flags are at 200 stores across the country, including other cities in North Carolina. "My family is largely immigrants of the country."
The city of Statesville claims that Gander RV applied to fly a smaller flag than the one currently on display and that it only started to fine the business after asking it to replace the flag several times. The city permitted the company to fly a 40- by 25-foot flag, already larger than what the city ordinance permits.
The city provided the following statement on its Facebook page: "The City of Statesville stands by our flag and what is represents. We are so much more than a one flag town.
"Please know that it is our job to protect our citizens and the businesses that call the City of Statesville home. We take our laws and ordinances very seriously. Our doors are open to any business looking to prosper and grow in our community. We only ask that the proper channels are followed. That is the first and necessary step to any potential change in code."


at May 24, 2019
Email ThisBlogThis!Share to TwitterShare to FacebookShare to Pinterest