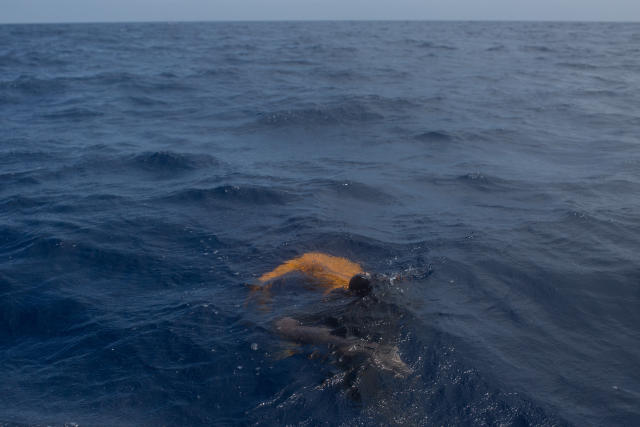 A group of teens, who filmed and mocked a disabled man as he slowly drowned in a pond, would not be criminally charged as no laws were broken in recording the video, Florida Police said Thursday.
Jamel Dunn, 32, drowned in a retention pond July 9 as the teens recorded his ordeal and did not bother to help him, or call for help in Cocoa, Florida. Dunn’s body was not discovered until three days, according to Florida Today, a part of the USA Today network.
The video that police called "disturbing" surfaced online after his body was discovered, and showed him in his final moments.

"He started to struggle and scream for help and they just laughed. They didn’t call the police. They just laughed the whole time. He was just screaming ... for someone to help him," Yvonne Martinez, spokesman for the Cocoa Police Department said.
Read: Father Kills Daughter By Drowning Her In Church Baptismal Pool, Healdsburg Police Allege
"The kids were at the park that day smoking marijuana and apparently saw him walk into the water. He walked in on his own. They were watching him," he added.
Dunn walked into the water from the west side and then struggled as he drowned as the teens watched and recorded the incident from the south side of the pond, according to the police. "They just started recording what happened and watched until he died," Martinez said. "Everybody is just horrified by this."
"Get out the water, you gonna die," one of the teens was heard yelling in the video.
"Ain’t nobody fixing to help you, you dumb," another one was heard shouting. Police said the teens warned Dunn, who walks with a cane, not to go into the muddy waters. However, no one bothered to call 911 or help when he struggled to keep his head above water.


In the video, when the man is seen trying to stay afloat, the teens continued to joke and mock him. "Oh, he just died," a teen said and the group broke into laughter.
Read: Who Is Cash Freeman? Oklahoma Man Fatally Shoots Neighbor Who Was Trying To Drown Children
Police were informed about the video after a family friend of Dunn saw the disturbing footage on social media. Authorities said they interviewed the teens but did not charge them as they broke no law, even though their actions had "no moral justification."
"While the incident depicted on the recording does not give rise to sufficient evidence to support a criminal prosecution under Florida statutes, we can find no moral justification for either the behavior of persons heard on the recording or the deliberate decision not to render aid to Mr. Dunn," the Brevard-Seminole State Attorney’s Office said in a statement, Nbc4i.com reported.
Despite the tragic nature of the incident and carelessness of the teens, they did not seem to be disturbed by the incident, according to the police. "There was no remorse, only a smirk," Martinez said.
A GoFundMe page was created by Dunn’s friends on the crowfunding website in order to raise money for his funeral.
Related Articles

Associated Press,Time 3 hours ago
Authorities in Florida say a group of teens watched and laughed as a man drowned in a retention pond last week.