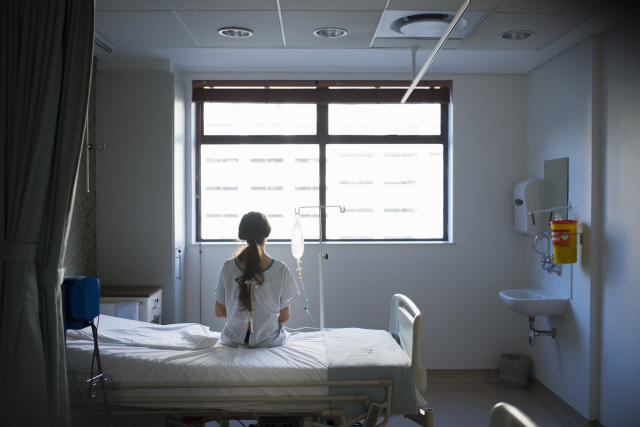 Last winter, a judge in Turin, Italy, acquitted a 46-year-old man who had been accused of sexually assaulting a female colleague. His rationale for tossing the case, The Washington Post reported, was that the woman did not react strongly enough. She said “stop it!” and “enough” while being attacked, but did not scream.
Saying that a woman cannot have been raped because her response was too muted is a deeply flawed argument, but the Italy case is not an anomaly. Women are expected to fight back, and when they don’t, their stories are questioned and even discredited ― sometimes by the very people and systems meant to protect them.
But a startling new Swedish study, published in the journal Acta Obstetricia et Gynecologica Scandinavica on Wednesday, shows just how “normal” it is for victims of sexual assault to experience a temporary paralysis that keeps them from fighting back or screaming. The researchers spoke to nearly 300 women who went to an emergency clinic in Stockholm within one month of a rape or attempted rape. Seventy percent of the women said they experienced significant “tonic immobility,” or involuntary paralysis, during the attack.
And nearly 50 percent reported extreme paralysis, such that they were effectively catatonic.
“It really confirms that a significant number of women who experience sexual assault do not respond in what we think of as the typical ‘fight or flight’ pattern; they respond by freezing,” Laura Palumbo, communications director for the National Sexual Violence Resource Center, told HuffPost. Palumbo, who did not work on the study, said the findings confirm just how complex the neurobiology of trauma is, and that there is no one-size-fits-all response.
Tonic immobility is believed to be an evolutionary defense mechanism in animals. When they cannot fight back — and when other resources are not available to them — their bodies freeze.
Women who have shared their experiences with sexual assault have put words to that feeling. “When he started pulling down my pants and underwear anyway, my body seemed to freeze over,” writer Jackie Hong said in a piece for Vice. “A million thoughts rushed through my head and then stopped, and my mind started drifting somewhere else, somewhere safer, as I lay in the back of his car stiff and silent.” Other pieces describe the shame women feel after the fact. “More than anything, I think I felt stupid for freezing up and not getting away sooner,” another person wrote.
The researchers also found that women who experienced paralysis while being assaulted were at higher risk of subsequent post-traumatic stress disorder and depression. The reasons behind that correlation are not fully understood; however, tonic immobility, depression and PTSD all have a strong neurobiological component to them.
Palumbo said that people who work with survivors of sexual violence have understood for a while that paralysis is a normal response, but the new study shows just how prevalent it is. She hopes future research will explore the topic in men who have been sexually assaulted. (The current investigation was limited to women simply because the clinic only served female patients during the time of the study, not because its authors hypothesized that temporary paralysis is somehow an inherently female response to trauma and assault.)
“So much of what we think someone ‘could’ or ‘should’ be doing is not an option when a person’s counter response kicks in, and that’s incredibly valuable information for anyone who is working in the medical field to understand ... it’s important for police and investigative officials, for attorneys and judges,” Palumbo said. “But it’s also important for the rest of us who come into contact with sexua