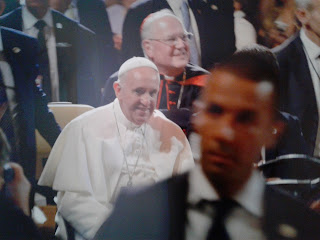 
at May 31, 2017
Email ThisBlogThis!Share to TwitterShare to FacebookShare to Pinterest


Hiker Plunges To His Death While Taking Selfie At Waterfall 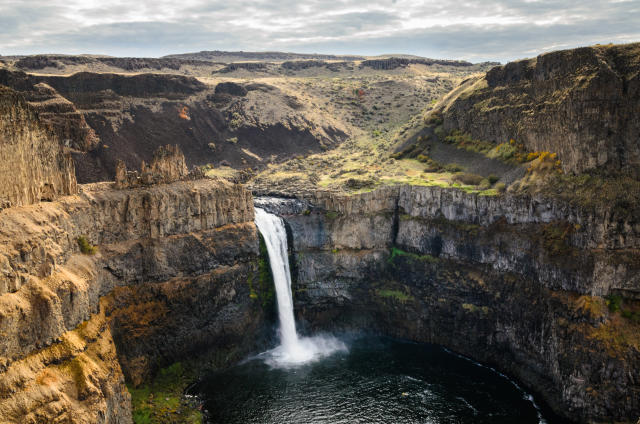 A 25-year-old hiker fell to his death while posing for a selfie at a cliff in Washington’sPalouse Falls State Park on Tuesday, local media reports.
Cade Prophet was taking the selfie with his girlfriend near the top of the waterfall when he slipped and fell into the Palouse River, according to the Tri-City Herald.
Local CBS station KREM said he fell about 40 feet then into the river, where he was swept away. His body was later found in a difficult-to-reach location.
“It’s a narrow part of the river right there,” park ranger Audra Sims told the station. “The canyon gets deeper, the current gets swifter.”
The Spokesman-Review said the trails near the falls used to have fences, but these were removed in 2015 because of complaints from hikers. Now, there are signs warning people to stay on the trails, but they are not always obeyed.
“I can’t tell them they can’t be here, it’s a park,” Capt. Rick Rochleau of the Franklin County Sheriff’s Office told the local NBC stations KNDO and KNDU. “But these cliffs are dangerous and it’s not the first time we’ve been out here.”
Selfie-related incidents have been growing along with the popularity of the photos.
In 2015, nearly 50 people died while taking selfies, according to a study. That includes a tourist who died after falling down a staircase at the Taj Mahal while attempting to take a photo.
And last year, a tourist fell to his death at Machu Picchu in Peru while attempting a selfie.
For more news videos visit Yahoo View, available on iOS and Android.
This article originally appeared on HuffPost.

at May 31, 2017
Email ThisBlogThis!Share to TwitterShare to FacebookShare to Pinterest

angela murkle is a kraut cunt 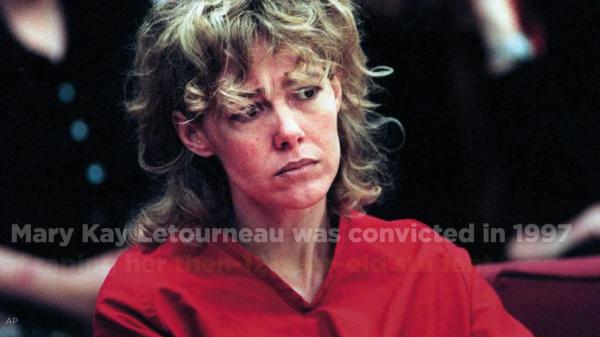 Something Went Wrong
Unfortunately, an error occurred. To try again, refresh the browser.
PP-400-602
By Thomas Escritt and Matthias Sobolewski
BERLIN (Reuters) - U.S. President Donald Trump called Germany's trade and spending policies "very bad" on Tuesday, intensifying a row between the longtime allies and immediately earning himself the moniker "destroyer of Western values" from a leading German politician.
As the war of words threatened to spin out of control, Merkel and other senior German politicians stressed the importance of Germany's Atlantic ties, with Foreign Minister Sigmar Gabriel suggesting the spat was just a rough patch.
Trump took to Twitter early in the day in the United States to attack Germany, a day after Chancellor Angela Merkel ramped up her doubts about the reliability of Washington as an ally.
"We have a MASSIVE trade deficit with Germany, plus they pay FAR LESS than they should on NATO & military. Very bad for U.S. This will change," Trump tweeted.
The tit-for-tat dispute escalated rapidly after Trump, at back-to-back summits last week, criticized major NATO allies over their military spending and refused to endorse a global climate change accord.
On Sunday, Merkel showed the gravity of her concern about Washington's dependability under Trump when she warned, at an election campaign event in a packed Bavarian beer tent - that the times when Europe could fully rely on others were "over to a certain extent".
Those comments, which caused shock in Washington, vented Europe's frustration with Trump on climate policy in particular. And while German politicians sided with Merkel, Foreign Minister Sigmar Gabriel signaled that it was time for cooler heads to prevail.
TIT-FOR-TAT, FROM TENT TO TWITTER
"The United States are older and bigger than the current conflict," he said, adding that relations would improve. "It is inappropriate that we are now communicating with each other between a beer tent and Twitter," he said in Berlin.
Merkel had already begun finessing her message on Monday, stressing that she was a "convinced trans-Atlanticist", a message she repeated after a meeting with visiting Indian Prime Minister Narendra Modi in Berlin.
But Martin Schulz, leader of Gabriel's center-left Social Democrats, was less emollient earlier in the day when he told reporters Trump was "the destroyer of all Western values". He added that the U.S. president was undermining the peaceful cooperation of nations based on mutual respect and tolerance.
In Rome, Italian Prime Minister Paolo Gentiloni said he agreed with Merkel that Europe needed to forge its own path.
"This takes nothing away from the importance of our trans-Atlantic ties and our alliance with the United States. But the importance we put on these ties cannot mean that we abandon fundamental principles such as our commitment to fight climate change and in favor of open societies and free trade," he said.
(Additional reporting by Steve Scherer in Rome; writing by Paul Carrel; editing by Michael Nienaber/Mark Heinrich)
View Reactions (4,370)
j

at May 30, 2017
Email ThisBlogThis!Share to TwitterShare to FacebookShare to Pinterest

theres no end to fucking shitplugs

David Moye,HuffPost 2 hours 58 minutes ago
Two South Carolina men are facing charges after posting photos showing then shotgunning beers down a baby alligator’s throat.
The state’s Department of Natural Resources charged Joseph Andrew Floyd Jr., 20, and Zachary Lloyd Brown, 21, with misdemeanor harassment of wildlife after getting numerous complaints on Thursday, according to The Post and Courier newspaper.
The incident happened Wednesday on the side of a dirt road in Jasper County, SCDNR said.
Photos originally posted on Snapchat show the baby alligator’s neck being tightly squeezedas the beer is poured down its throat, according to local station WYFF. Another picture appears to show smoke being blown into the gator’s mouth. 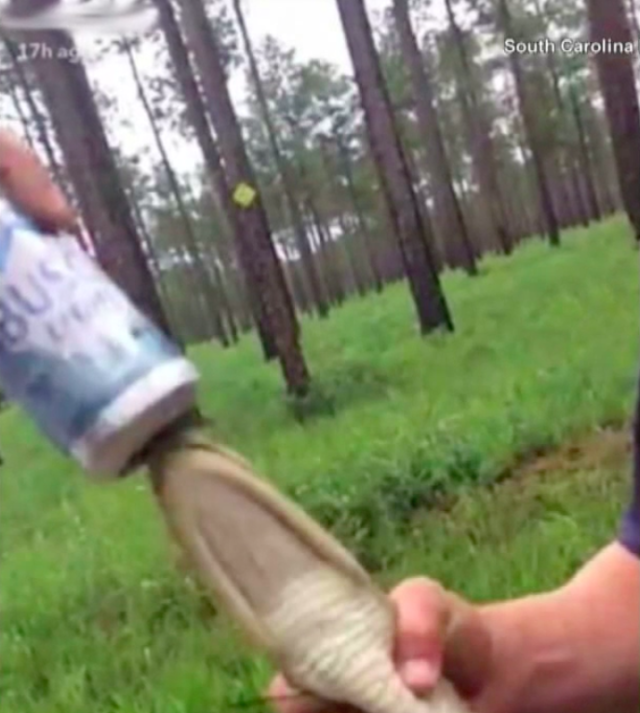 The department contacted Floyd and Brown after getting numerous complaints in response to the photos.
The suspects admitted to officers that they picked up the alligator after they saw it crossing the road, according to an SCDNR press release.
They also admitted to pouring beer into its mouth and taking photos to post on social media before putting the sudsed-up gator into a pond, the department said.
If convicted, the accused face a maximum fine of $300.
Although federal laws prohibit alligators from being legally harvested for international trade, no federal protection applies in cases like these, according to SCDNR Alligator Program Coordinator Jay Butfiloski.
“Alligators are protected under state law and even federal law where they are still listed as threatened solely due to their similarity of appearance to other endangered crocodilians worldwide,” Butfiloski said in the release.
This article originally appeared on HuffPost.
Related:
Watch news, TV and more Yahoo View, available on iOS and Android.

wdrb.com Mon, May 29 10:47 AM EDT
LOUISVILLE, Ky. (WDRB) – Two men in South Carolina were charged with harassment last week for forcing a juvenile alligator to drink beer, according to a news release from the South Carolina Department for Natural Resources. Here is how the agency described the case: The incident took place on Wednesday, May 24, on a public dirt road between Hardeeville and Tillman in Jasper County. Joseph Andrew Floyd Jr., 20, of Ridgeland, and Zachary Lloyd Brown, 21, of Ridgeland, admitted to officers that they picked up the alligator after they saw it crossing the road. They then poured beer into the animal’s mouth and took photos to post on social media. According to Floyd Jr., they then released the alligator ...

Fox News 15 hours ago
Two men face potential charges of harassment after the South Carolina Department of Natural Resources (SCDNR) received multiple tips and pictures of the men forcing a baby alligator to drink alcohol.  Joseph Andrew Floyd Jr., 20, and Zachary Lloyd Brown, 21, admitted to officers that they picked up the alligator after they saw it crossing the road, according to SCDNR. The men then posted photos of the alligator being forced to ingest beer in Japers County, 138 miles south of Columbia. They later released the reptile into a nearby pond according to the release.   The SCDNR Alligator Program Coordinator says alligators are protected under state and federal law, “where they are still listed as threatened ... 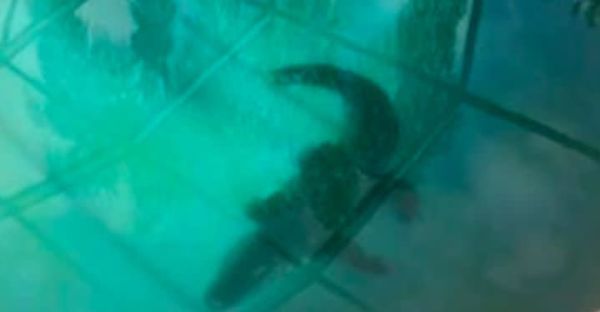 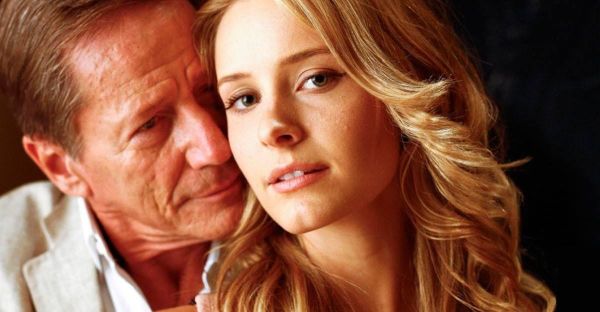 His Secret To Attracting Younger Women 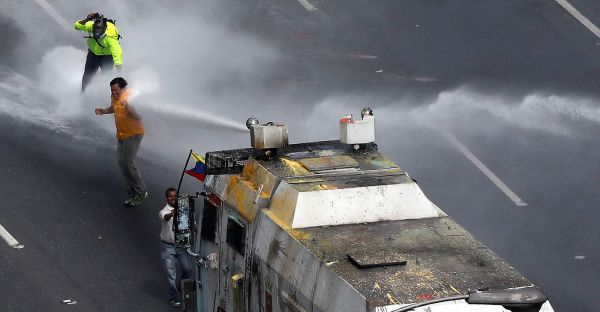 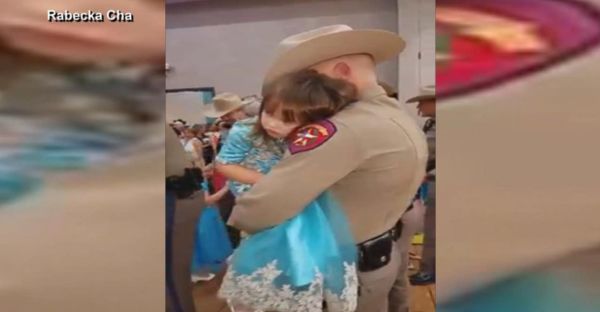 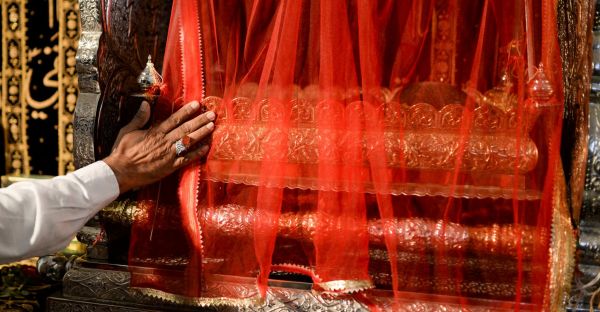 Ramadan celebrations around the world 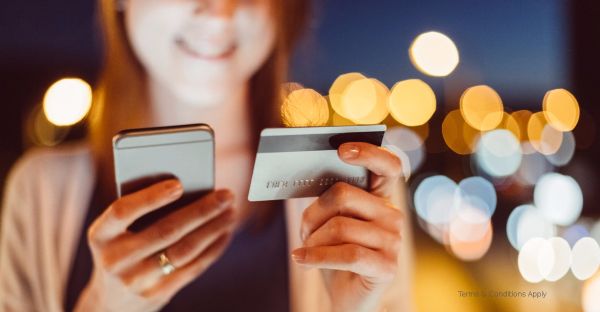 Getting Approved For 1 Means You Have Great Credit 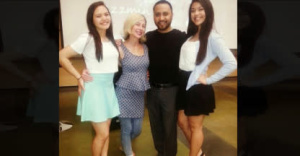 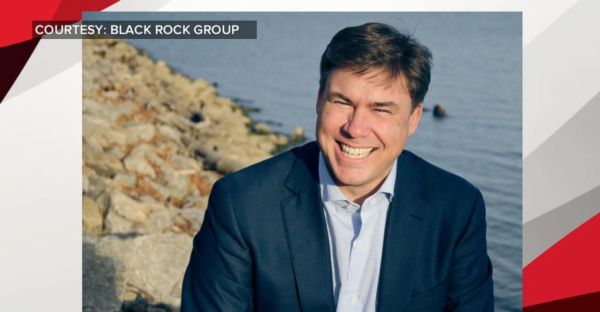 What we know: Russia investigation expands to include Trump's personal attorney 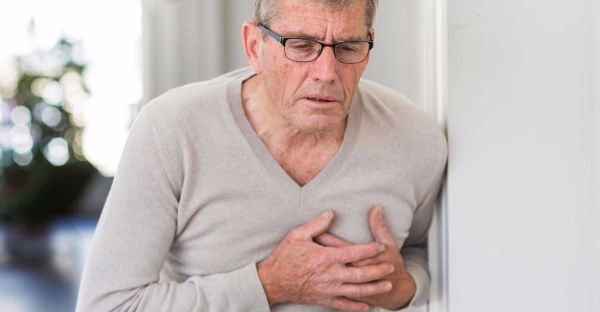 
at May 30, 2017
Email ThisBlogThis!Share to TwitterShare to FacebookShare to Pinterest
Newer Posts Older Posts Home
Subscribe to: Posts (Atom)