why does scientology have to reveal itself no one else does ......

I am  not backing up  scientology here ,but why do they have  to become  chicken soup ,what about other  organised religion  or cults ....unless they all open up their  books  why should  scientology ....... 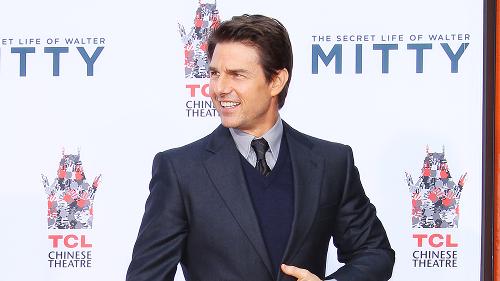 By Brent Lang
No documentary has inspired more controversy at this year’s Sundance Film Festival than Going Clear: Scientology and the Prison of Belief.”
It’s a devastating portrait of a religion guided by greed, instead of motivated by altruism. The film alleges that Scientology abuses its rank and file, hitting them up constantly for money, while, in some cases, subjecting them to physical and psychological degradation.
It also points the finger of blame squarely at two of Scientology’s most famous practitioners, John Travolta and Tom Cruise, and shames them for turning a blind eye to the alleged mistreatments.
Related: Scientology Doc ‘Going Clear’ Documents Church Abuse, Details Cruise-Kidman Split
It’s another hot-button topic for documentary filmmaker Alex Gibney, who took on Wikileaks and Enron in previous films such as The Smartest Guys in the Room and We Steal Secrets.
Variety set down with Gibney and Lawrence Wright, the Pulitzer Prize winning journalist who wrote the book that formed the basis for the film, to discuss Scientology’s links to Hollywood, its abuse of its tax exempt status and why Cruise and other stars are vital to its survival.
Why has Tom Cruise become the symbol of this religion and how important is he to the church?
Alex Gibney: He’s vital to the church, because he is the most famous Scientologist.
He is their key guy and he is a magnet for people. Very often you’ll ask people what’s Scientology and they’ll say, ‘isn’t that the religion with Tom Cruise’? So he’s their poster boy.
Why is Scientology so entwined with the entertainment business?
Lawrence Wright:  This goes back to the founding; when L. Ron Hubbard created the Church of Scientology, he decided to make its headquarters in Hollywood, because he had a very perceptive notion that there is something that all Americans do worship and it’s celebrity and the capital of celebrity is Hollywood. He set out very early to make it a Scientology town.
They always wanted celebrities who could sell Scientology just like the people on the front of the Wheaties box.
Both the book and film are critical of celebrities like Tom Cruise and John Travolta. What culpability do they have in some of the abuses that you allege the church is guilty of?
AG: By now there is a well-documented record of abuses in the Church of Scientology, yet Cruise and Travolta have never spoken out about them. By not speaking out, it’s a kind of an endorsement and I think that’s why we’re right and properly critical.
LW: They’re selling a product and the product they’re selling is oppressing some of the people inside the church, especially the clergy, which is called the Sea Org, and Cruise has spent countless hours out on the Sea Org base where — on that same base where he has a special chateau — there’s these double wide trailers called the hole, which is a kind of re-education camp where people have been incarcerated for years. Sleeping on the floor on bedrolls with ants crawling around, abused physically, made to lick the floor or the toilet with their tongue. It’s just unbelievable degradation.
If he’s ignorant of that then it’s willful on his part.
AG: The other thing about Cruise is that he’s been the beneficiary of this unbelievably low-paid Sea Org labor. These people are being paid forty cents an hour and they’re tricking out Cruise’s cars.
at January 27, 2015
Email ThisBlogThis!Share to TwitterShare to FacebookShare to Pinterest
Newer Post Older Post Home