The only safer alternative to smoking ....is not smoking ...proof here

i am not surprised by this,i mean E-cigarettes all the rage,but like cigarettes,there must be a  chemical to  supress the craving.....
i always thought that  e-cigs much like most stuff inhaled is bad  for you ,but then i have  never  smoked ,never  found  an  attraction to  addictions  like  this ,but there is never  a safer  alternative to smoking unless its  quitting ,that's the healthier option of  course.
but i am sure this  article will not  cure  anyone  it  might scare  them ,but only  when one is  faced  with death do they realise  that  smoking has no benefits ,even that deos  not  deter a  hard core smoker...it's a matter of  choice for the individual...... 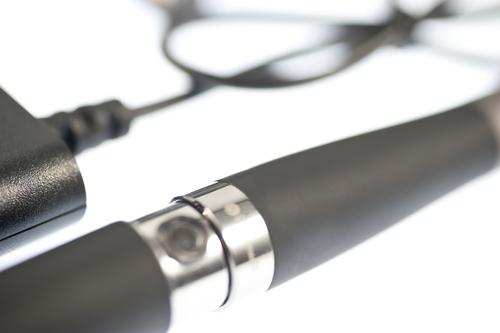 Formaldehyde is considered a “known human carcinogen” by the International Agency for Research on Cancer. (Photo: Getty Images)
E-cigarettes may not be as “safe” an alternative to cigarette smoking as hoped, according to a new study published in The New England Journal of Medicine.
Researchers found “hidden” high levels of the known carcinogen formaldehyde in popular tank-system e-cigarettes, by way of formaldehyde-releasing agents given off during the vaping process.
They discovered that when vaping 3 milligrams of liquid at high voltage, e-cigs can generate around 14 milligrams of formaldehyde, which is then inhaled by a smoker.
Related: E-Cigarettes: Public Health Hazard or Key to Quit Smoking?
By contrast, the scientists suggest that a tobacco smoker would take in roughly .15 milligrams of formaldehyde in a standard cigarette, equating to around 3 milligrams in a 20-pack.
“This estimate is conservative because we did not collect all of the aerosolized liquid, nor did we collect any gas-phase formaldehyde,” the researchers write in their paper.
E-cigarettes are very new, largely untested, and not yet regulated, so it’s impossible to say right now whether they are more or less harmful than smoking regular cigarettes — especially since there are thousands of chemicals in standard cigarettes, and formaldehyde is only one.
Related: E-Cigarettes May Lure Teens into Traditional Smoking
However, the effects could be huge, the researchers say. They explain that long-term vaping may up lifetime cancer risk by five to 15 times when compared to long-term smoking in a roughly 150-pound person. And there’s the question of whether formaldehyde in cigarettes is as bad a cancer culprit as some believe it to be, and if the formaldehyde-releasing agents behave similarly — or worse — to gaseous formaldehyde in the respiratory tract.
“Formaldehyde-releasing agents may deposit more efficiently in the respiratory tract than gaseous formaldehyde, and so they could carry a higher slope factor for cancer,” the researchers write.
Formaldehyde is a chemical found in cigarette smoke, pressed-wood products, and fuel-burning appliances, and has been linked with leukemia and nasopharyngeal cancer, according to the National Cancer Institute.
Again, the scientists stress there’s no way to know conclusively the long-term health effects of e-cigarettes yet, as they are so new to the market. But this new finding just adds to evidence showing their potential health risks.
Your Next Read: Smoking in US Declines to All-Time Low