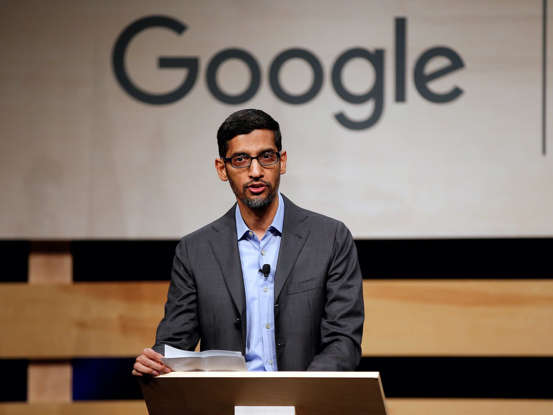 Google is slashing 12,000 workers, as a wave of layoffs continues into 2023. Here's the full list of major US companies making cuts.

A wave of layoffs that hit dozens of US companies toward the end of 2022 shows no sign of slowing down into 2023.

Google is the latest tech giant to slash thousands of workers. In a memo sent to staffers on Friday, the company announced it will layoff an estimated 12,000 employees, or 6% of its global workforce. Sundar Pichai, CEO of Google parent company Alphabet, wrote in the memo the reductions come after a "rigorous review" of the business and will "cut across Alphabet, product areas, functions, levels and regions."

"Over the past two years we've seen periods of dramatic growth," Pichai said. "To match and fuel that growth, we hired for a different economic reality than the one we face today."

However, Google is not the first major corporation to make significant cuts in the new year: Fellow tech companies, including Amazon and Salesforce, and finance behemoths, like Goldman Sachs, announced massive layoffs in the first weeks of 2023 amid a continued economic downturn and stagnating sales.

The layoffs have primarily affected the tech sector, which is now hemorrhaging employees at a faster rate than at any point during the pandemic, the Wall Street Journal reported. According to data cited by the Journal from Layoffs.fyi, a site tracking layoffs since the start of the pandemic, tech companies slashed more than 150,000 in 2022 alone — compared to 80,000 in 2020 and 15,000 in 2021.

Here are the notable examples so far in 2023:

A Google engineer laid off after over 16 and a half years at the firm said the tech giant views staff as "100% disposable," in a LinkedIn post.

Justin Moore, an engineering manager at Google, was one of the 12,000 people affected by Google's layoff last week. Moore wrote that he found out he had been laid off via an automated account deactivation at 3:00 a.m.

He said he hadn't received any other "information" or "communication" about being let go.  Even if he did receive communication, he is unable to access it because of the deactivation.

"This also just drives home that work is not your life, and employers — especially big, faceless ones like Google — see you as 100% disposable," Moore wrote in the post.

Moore pointed out that his experience at Google had been "(largely) wonderful" and that he was proud of the work he had done around the world.

On Friday, Sundar Pichai, CEO of Google's parent Alphabet, sent an email to staff saying it was laying off around 12,000 staff, roughly 6% of its global workforce. Pichai said he took "full responsibility for the decisions that led us here."

He added that the people being laid off "cut across Alphabet, product areas, functions, levels and regions."

The layoffs impacted workers across the company, including some on seven-figure salaries, those with high-performance reviews, and some in managerial positions, The Information reported.

Google managers told the outlet that some who had lost their jobs had been earning between $500,000 and $1 million a year.

at January 25, 2023
Email ThisBlogThis!Share to TwitterShare to FacebookShare to Pinterest