10 Chilling Reasons That The Beatles Broke Up 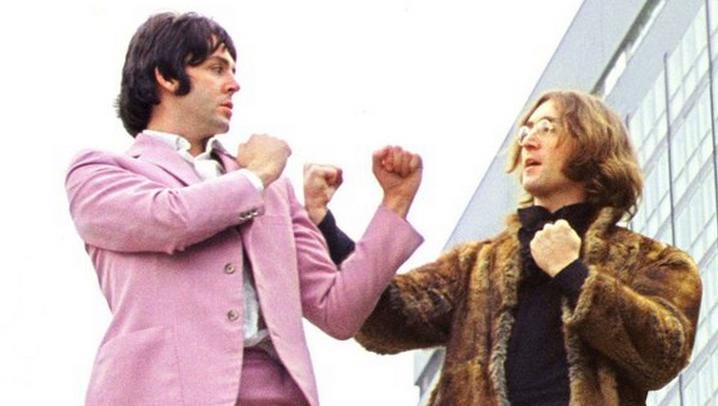 John Lennon and Paul McCartney were the greatest rock songwriting duo of the '60s, and the Beatles were the biggest band on the planet -- so why did the Beatles break up? Other acts with less critical and commercial success than the Beatles (which is all other acts) have stayed together for decades, yet the celebrated Fab Four only made it about 10 years. And even as they were falling apart, the music they were creating was classic stuff.

People often reduce the breakup of the Beatles to simple forces, such as Yoko Ono’s machinations or the divisive nature of their manager, Allen Klein, who John Lennon liked, but Paul McCartney did not. The causes, however, were much more complicated than that, and rooted in the history of the band and band members own struggles. 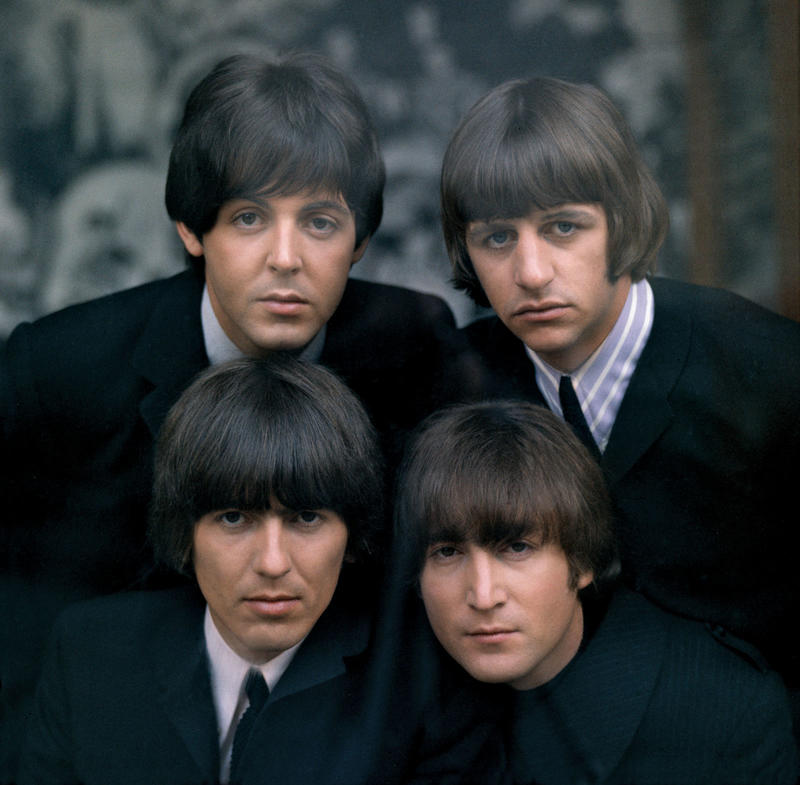 Lennon and McCartney met when they were teenagers in 1957. They forged a partnership, first writing songs together, and then assisting each other as they finished songs independently. Despite their partnership, they had very different approaches, with McCartney composing more down-to-earth narrative songs, and Lennon writing songs from a more troubled perspective. Lennon and McCartney were the dominant members of the band because of their roles in the singing and songwriting. Lennon had unstated seniority though.

They Were Not Together For About Three Months 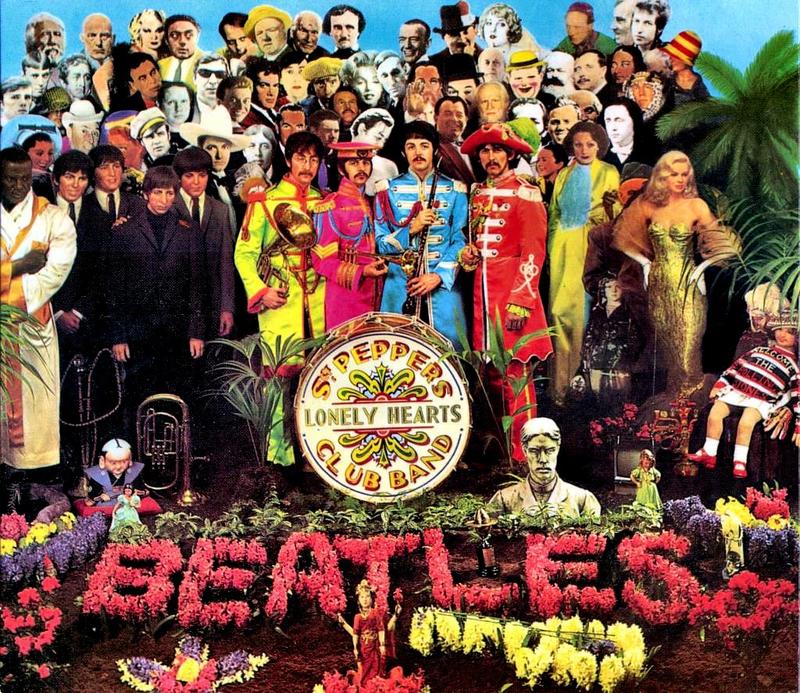 In 1966, after years of touring, John, George, and Ringo convinced Paul that they needed to stop performing live, and so, for about three months, the band was not together. When they came back together, they produced Sgt. Pepper’s Lonely Heart’s Club Band, which was primarily McCartney’s concept. “A Day in the Life,” arguably the best song on the album, was primarily Lennon’s work, and a reflection of the despair he was experiencing, in part because of his domestic life. He also was taking LSD frequently. 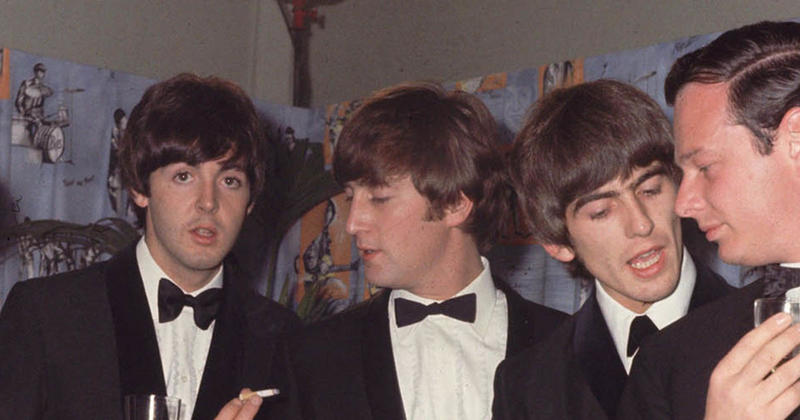 In 1967, the Beatles’ manager, Brian Epstein, was found dead in his apartment of a drug overdose. Some, including Lennon, felt that Epstein had kept the band grounded. Five days after Epstein’s death, though, McCartney convinced the other band members to create the Magical Mystery Tour, and even though it was primarily McCartney’s creation, the film was ostensibly a collaboration between the four band members.

They Try To Find Deeper Meaning

After critics ripped the Magical Mystery Tour apart, the band went to the Maharishi Mahesh Yogi’s ashram in India to study Transcendental Meditation. However, tensions continued as Harrison became upset with McCartney and Lennon, who he suspected, were using their time there to write music. Ringo Starr left two weeks after arriving, and McCartney soon followed. When Lennon discovered that the Maharishi had made sexual advances on a woman at the ashram, he demanded that Harrison leave with him. When they returned to London, Lennon seemed to be always angry. 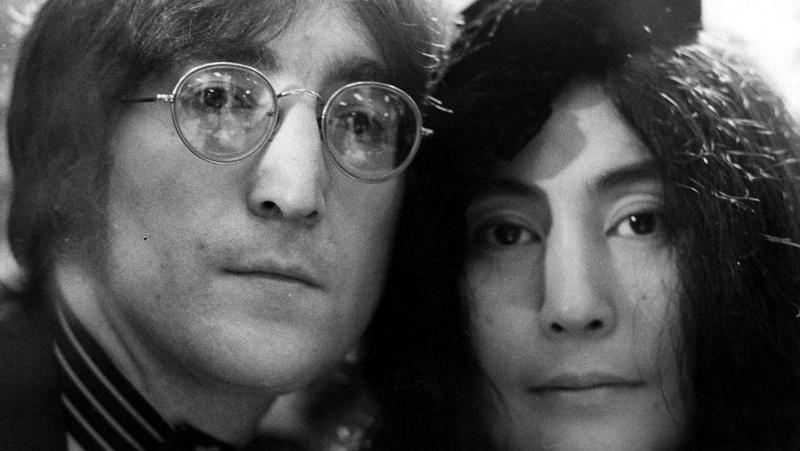 Lennon had met Yoko Ono in November 1966, and after returning to London, ended his relationship with his wife, Cynthia, and entered into a romantic and artistic relationship with Yoko Ono. He allowed her unprecedented access to their recording for the LP they started working on in 1968. Lennon wanted Ono to be involved with the band, although that was not what Ono wanted. Lennon and Ono worked on their own music, producing Two Virgins. At this point, Lennon and Ono started using heroin. 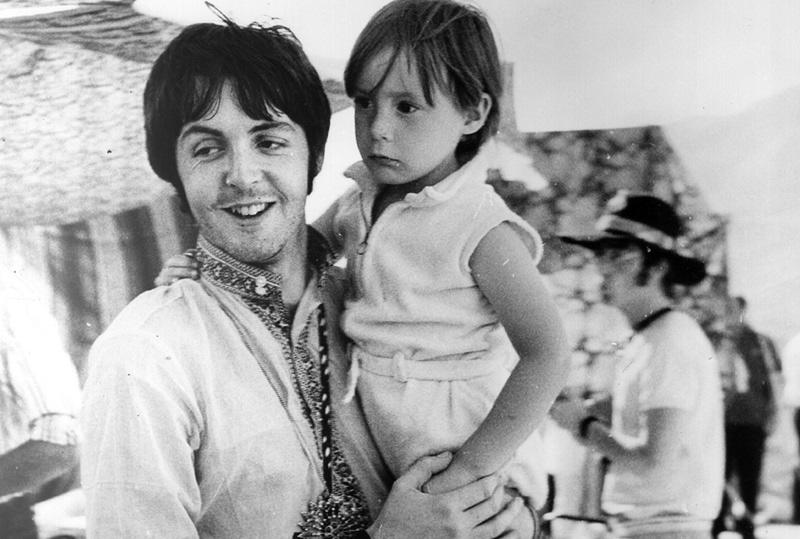 The band began to work on their only double album, that would be known as The White Album. They recorded the album in three separate studios, marked by explosive tension; each band member treated the others as backup band members. Meanwhile, they launched their own label, Apple. Apple debuted with one of the Beatles’ songs, “Hey Jude,” which McCartney had written for Lennon’s son Julian. After they played “Hey Jude” on David Frost’s television show, they recognized their desire to play live once again. 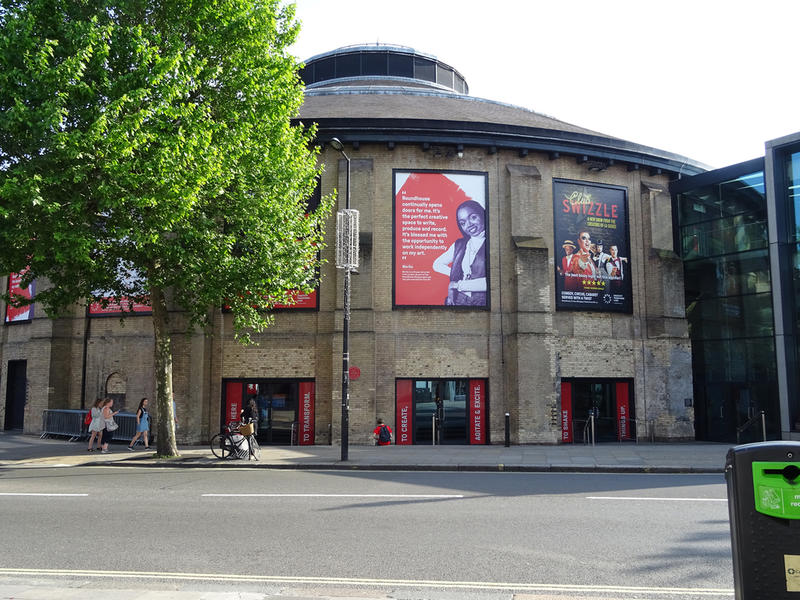 The Roundhouse, where the Beatles planned a live concert that wasn't realized. Source: (wikimedia commons)

They decided to perform at London’s Roundhouse. Prior to the performance, they decided to film the rehearsal sessions and release the rehearsals. These rehearsals were eventually released as Let It Be. They had to rehearse for countless hours to get a single take that was worthy of inclusion. During the sessions, McCartney was bossy, which may have been necessary, but which the others resented. During the month of January 1969, they recorded 52 songs, some of which would make it onto Abbey Road, and some of which would be included in the band members’ solo projects.

Harrison was having misgivings about performing live again and tensions were increasing about Ono’s influence in the band. McCartney simply accepted her presence because he knew that it was necessary to retain Lennon. Tensions continued to grow until a confrontation with Lennon caused Harrison to walk out. He returned a few days later, but under the condition that there would be no more major live performances.

Their New Manager Adds To The Tension 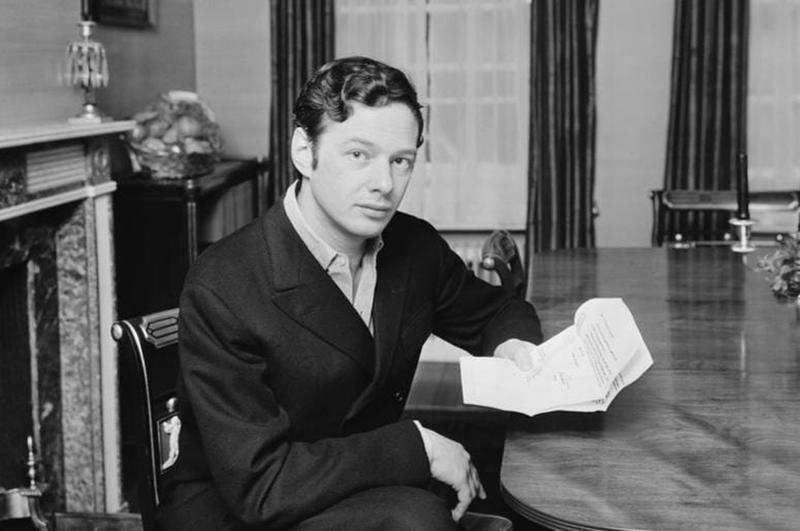 The contract with Allen Klein added to the friction in the band. Their relationship began on January 28, 1969, after it became apparent that the band needed a manager to deal with Apple. McCartney suggested his girlfriend, Linda Eastman’s father, but Allen Klein managed to finagle a meeting with John Lennon. Klein won Lennon over, and three of the four Beatles were represented by Klein. Paul McCartney refused to allow Klein to represent him. Over time, the other members of the Beatles grew increasingly disenchanted with Klein, and by 1973, their business relationship ended.

The Tension Continues After Lennon Breaks Them Up 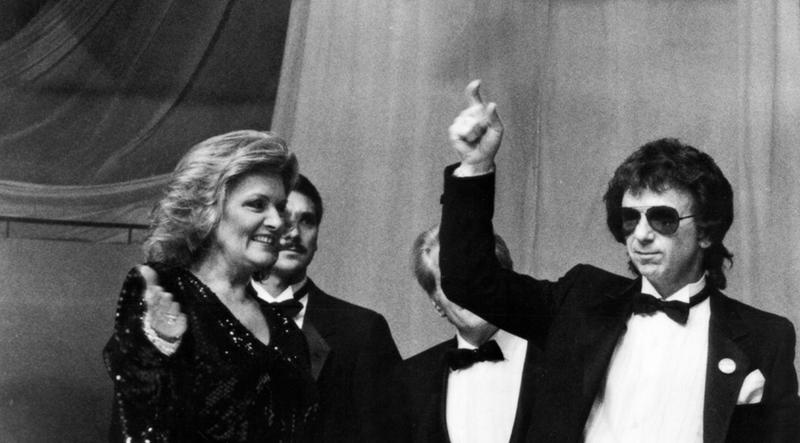 Phil Spector, who was brought in as a producer. Source: (grammy.com)

The Beatles decided to release one final album, Abbey Road. Just prior to the album’s September 26, 1969 release, Lennon announced that he was breaking the band up. McCartney fell into a depression, began drinking heavily, and stopped writing music. He finally took his wife’s advice and began working on his own music during Christmas of 1969. In March 1970, he contacted Lennon to let him know that he too was leaving.

Klein wanted the group to release an album to accompany the film Let It Be. Klein wanted something commercially appealing and Phil Spector was brought on as producer. McCartney was not consulted about the changes Spector was making to some of his songs. Then, when McCartney tried to release his solo album prior to the release of Let It Be, the band sent Starr as an emissary to McCartney’s home to tell him that he needed to push back his solo release date. McCartney pushed back and the band relented, pushing back the release date for Let It Be. Finally, on December 31, 1970, McCartney sued for the dissolution of the band, which the judge granted. The Beatles let their contract with Klein run its course and Klein would later be sentenced to two months in a U.S. prison for fraud in an unrelated case. Lennon, Harrison, and Starr would also sue Klein. 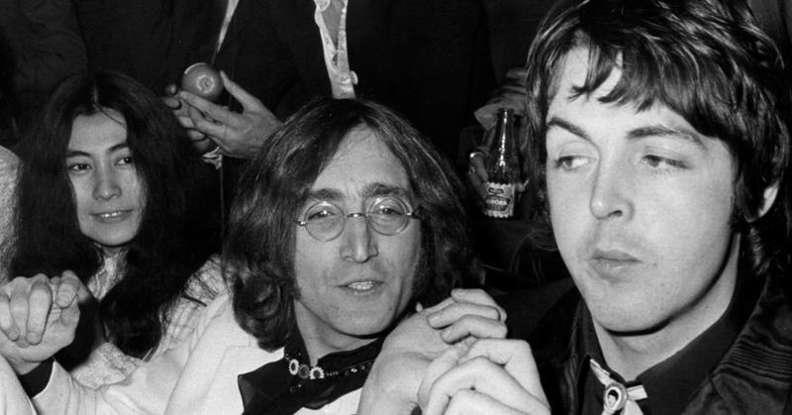 After the formal dissolution of the Beatles, John Lennon would continue his solo work as well as his work with Yoko Ono and release several more albums until his death in 1980. George Harrison completed a solo album with a studio band that included Starr and Eric Clapton. Harrison was also heavily involved in charity work and his film production company, Handmade Films produced Monty Python’s Life of Brian. Harrison was later diagnosed with lung cancer, which was treated in 1997, but returned. He died in 2001 at McCartney’s house in Los Angeles. Ringo Starr was the only band member to continue to perform with all of the other members. He also had success as a solo performer, was the narrator for Thomas and Friends, and acted in several films. Paul McCartney recorded two solo albums after the break-up, then formed Wings with his wife Linda. They recorded 27 top 40 hits. He has also worked on painting and has released a volume of his poetry. He has more than 60 gold records, and “Yesterday,” which was written by McCartney alone, has had more than 3,000 cover versions.