(Reuters) - Country music star and philanthropist Dolly Parton received a $100 million prize from the "Bezos Courage & Civility Award" given by Amazon.com founder, billionaire Jeff Bezos, an honor that recognizes leaders who "pursue solutions with courage and civility," he said online.

Bezos, who is also the owner of the space rocket company Blue Origin, announced the award on Friday along with his longtime partner, news anchor Lauren Sanchez.

Sanchez said on Instagram that Parton is "a woman who gives with her heart and leads with love and compassion in every aspect of her work."

"We can’t wait to see all the good that you’re going to do with this $100 million award," she said.

Parton, in a video clip of the ceremony posted online, said, "Wow! Did you say $100 million?"

"I think people who are in a position to help should put their money where their heart is. I will do my best to do good things with this money," she said 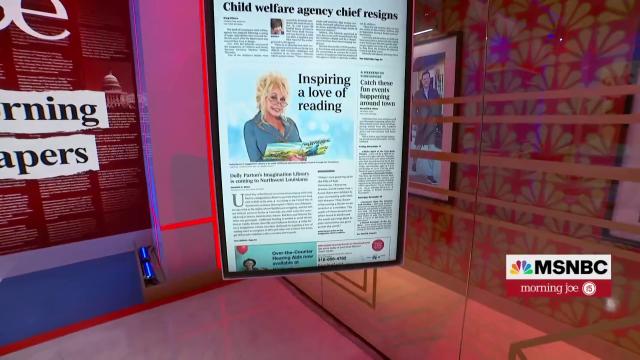 Dolly Parton's Imagination Library is opening a new book club in the Northwest part of Louisiana, and it will help bring free books to one of the poorest parts of the state.

Parton, 76, a county, pop and gospel singer-songwriter, whose songs include, "I Will Always Love You," "Jolene," and many other hits over the decades, has been a longtime philanthropist.

She donated $1 million to Vanderbilt University's Medical Center to help develop a vaccine during the COVID-19 pandemic.

Parton, who this month was inducted into the Rock & Roll Hall of Fame, also has founded a number charities including the Dollywood Foundation, which focuses on education as well as poverty relief.

Bezos' award was started in 2001, with prizes first going to activist Van Jones, who served as founding CEO of the REFORM Alliance and Dream Corps, and chef and humanitarian Jose Andres, who established World Central Kitchen, which provides food in the immediate aftermath of disasters.

(Reporting by Rich McKay in Atlanta; Editing by Bill Berkrot)