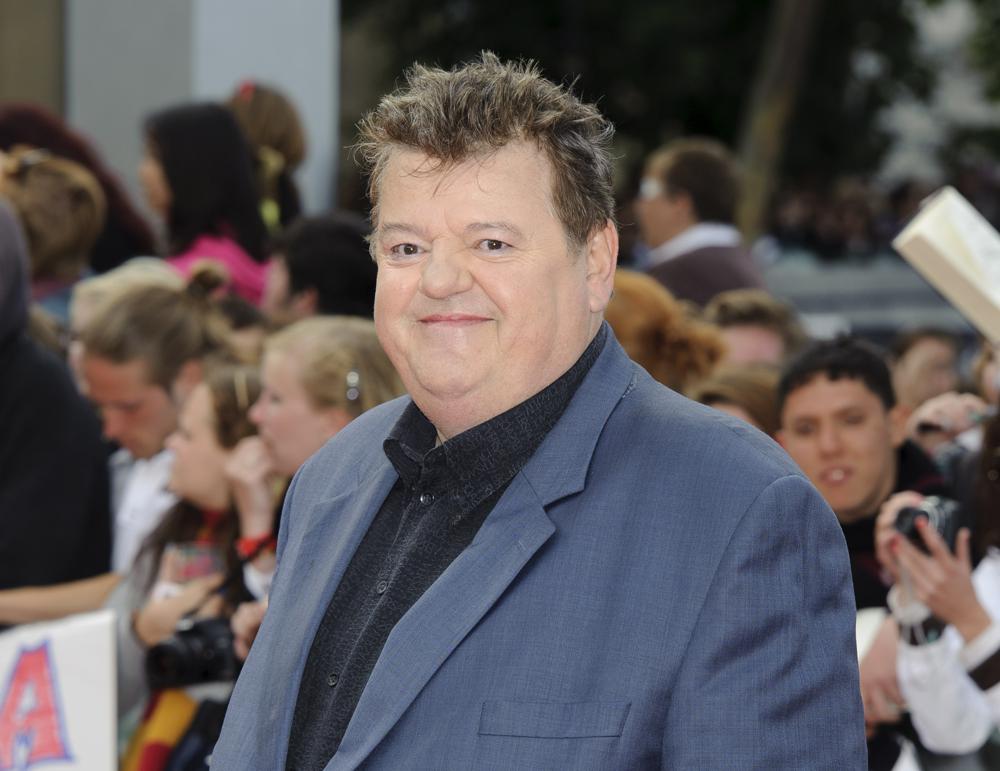 1 of 6
FILE - Robbie Coltrane arrives in Trafalgar Square, central London, for the world premiere of "Harry Potter and The Deathly Hallows: Part 2," the last film in the series on July 7, 2011. Coltrane, who played a forensic psychologist on TV series “Cracker” and Hagrid in the “Harry Potter” movies, has died. Coltrane’s agent Belinda Wright said he died Friday at a hospital in Scotland. He was 72. (AP Photo/Jonathan Short, File)

LONDON (AP) — Robbie Coltrane, the baby-faced comedian and character actor whose hundreds of roles included a crime-solving psychologist on the TV series “Cracker” and the gentle half-giant Hagrid in the “Harry Potter” movies, has died. He was 72.

Coltrane’s agent Belinda Wright said he died Friday at a hospital in his native Scotland, and did not immediately offer other details. She called him “forensically intelligent” and “brilliantly witty” in just one of many tributes made to him.

“Harry Potter” author J.K. Rowling, who decades ago had said Coltrane was her first choice to play Hagrid, tweeted Friday that he was “an incredible talent, a complete one off.”

“I was beyond fortunate to know him, work with him and laugh my head off with him,” she wrote.

Born Anthony Robert McMillan in Rutherglen, Scotland, Coltrane was in his early 20s when he began pursuing an acting career and renamed himself in honor of jazz musician John Coltrane.

He already had a notable screen career, with credits including “Mona Lisa,” “Nuns on the Run” and Kenneth Branagh’s adaptation of “Henry V” when he broke through on his own as a hard-bitten detective in “Cracker,” the 1990s TV series for which he won best actor at the British Academy Television Awards three years running.

He went on to appear in all eight “Harry Potter” movie as the young wizard’s mentor and had a wide variety of other parts, including a Russian crime boss in the James Bond thrillers “GoldenEye” and “The World is Not Enough” and Pip’s guardian Mr. Jaggers in a 2012 adaptation of Dickens’ “Great Expectations.” More recently, he received rave reviews for playing a beloved TV star who may harbor a dark secret in the 2016 miniseries “National Treasure.”

On Friday, his “Nuns on the Run” co-star Eric Idle tweeted that he had been talking about Coltrane, “wondering where he was,” when he learned of his death.

“Such a bright and brilliant man. A consummate actor, an extraordinarily funny comedian and an amazing actor. He was also a very good friend,” Idle wrote.

Wright said Coltrane is survived by his sister Annie Rae, his ex-wife Rhona Gemmell and his children Spencer and Alice.

ADVERTISEMENT
Promoted
You May Like
Camp Lejeune victims to receive $21 billionPromoted: Camp Lejeune Claims
Photos Of Meghan The Royals Wanted To Keep PrivatePromoted: Oceandraw
Cardiologists: Do You Have Too Much Belly Fat? Do This Before You Go To BedPromoted: The Ikaria Juice
Empty Caribbean Cruise Cabins Cost Almost NothingPromoted: Cruise Deals | Sponsored searches
by Taboola
ADVERTISEMENT