Paulina Porizkova has a message about modeling.

The former America’s Next Top Model judge, 57, took to Instagram on Thursday to share a photo of herself in a colorful bikini. She used the pic to share some "food for thought" in her caption.

"Athletes versus models. Both start their careers very young," she wrote. "Both make large amounts of money based on their physicality - in direct proportion to the demand - for their service. Both need to keep themselves in prime physical shape. Both jobs are physically and sometimes emotionally painful. Both careers end when most others just come into their best. Both are a celebration (or objectification) of the human body. Both demand sacrifices in personal lives. Both are used for your entertainment and to sell you products."

She shared that one difference was that modeling tended to favor women, while sports tended to be more associated with men. However, Porizkova noted, both are able to age out of their careers.

"If they refuse to give up quite yet — one gets applauded and is seen as heroic, and the other shamed as pathetic," she shared.

Porizkova shared she was on vacation, sharing her photo, taken by a friend, had "no filter, no retouch, no nonsense."

Porizkova has long spoken about ageism in the modeling industry and beyond. In an interview with Los Angeles magazine, she recalled going out in Las Vegas with her then-husband, late Cars frontman Ric Ocasek, and feeling like she was invisible for the very first time. She said she blamed the lack of attention — which was new for her — on being recognized for the first time as an older woman.

"We were staying at one of the big hotels," she explained, "and we were going out for the night, and I got really done up: tight black dress, plunging neckline, red lips, really high heels. I was walking through the casino, and I thought I looked really hot, like I was sauntering down a runway. But I wasn't getting noticed. In the past, there'd always been this tiny bit of friction when I walked through a crowd — this infinitesimal moment of awareness. But that night in Vegas, for the first time, there was none of that; it was like nobody even saw me."

Porizkova now uses the hashtag #BetweenJLoAndBettyWhite to highlight women who are in that in-between stage of their lives. In June, she spoke to Mail+ about the bias against older women embracing their sexuality.

"The problem, I have realized, is that menopausal women who are sexy are seen as advertising false wares," Porizkova shared. "We cannot be sensual because we are no longer fertile. And we are more empowered, more intimidating and more sexy, because we know what we want — and that intimidates the s*** out of men." 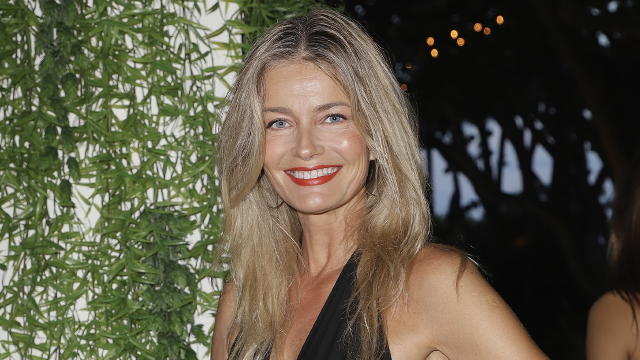 Wellness, parenting, body image and more: Get to know the who behind the hoo with Yahoo Life's newsletter. Sign up here