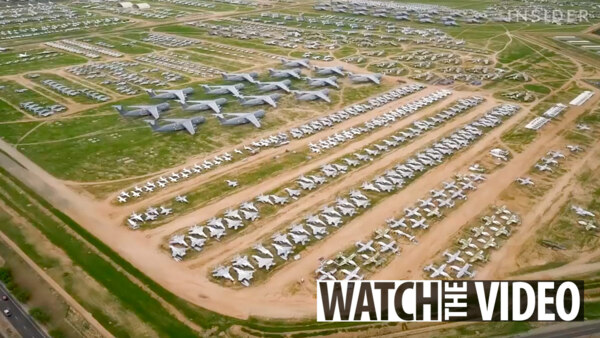 WHAT goes up must come down - and for these jets that means being left to rot in sprawling plane "graveyards".

An eerie aircraft resting place sprung up in Thailand where two private jets worth a total of £72million were dumped - while dozens of abandoned military aircraft are gathering dust at a vast site in Arizona, USA.

The strange storage site in Southeast Asia, located on the east side of Bangkok, has turned into an unusual tourist attraction.

Most parts of the planes' interiors have been removed while debris is scattered around the aircraft.

But despite them no longer being fit to fly, investors thought up an extraordinary way to repurpose them. 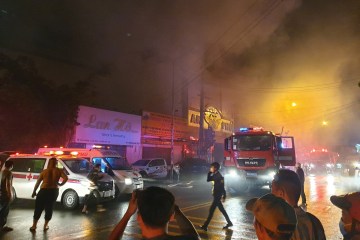 The two planes, that were operated by Orient Thai Airlines, were set to become outdoor bars.

However, the bold plans were abandoned after the businessman bankrolling the project went bust.

Photographer Dax Ward who visited the site previously discussed the doomed business deal - that has resulted in the plane's being left to rot.

He explained: "The planes were supposedly placed there few years ago by a foreign investor who wanted to create a special outdoor bar using the fuselage as a stage for the bands and service rooms for the bar crew.........

“The project was a fiasco and the foreign investor left the site as it is.

“As far as I know, there are currently no plans to move them, although the land upon which they rest is quite expensive.”

As the registration numbers of the two planes have been painted over, it is hard to decipher when the planes were operated or retired.

He added: “It is very eerie in the graveyard.

“There are children's toys and other personal objects scattered around, left by people who have stayed there for whatever reason, almost making it feel like a crash site.

“In Thai culture places like this are often seen as haunted, even if no one has actually passed away at the location."

It is very eerie in the graveyard.

Three Thai families reportedly moved into the skeletons of the deserted planes in recent years.

They began charging tourists for a peek inside their peculiar homes - giving people an alternative view of airplanes.

Meanwhile, private jets are not the only aircraft that have been dumped by owners in the United States.

Thailand's bizarre tourist hotspot is extraordinarily dwarfed by the size of this dumping ground in the desert.

In Tuscon, Arizona, US, over 4,000 military aircraft have been left to gather rust in an enormous scrapyard.

Known as The Boneyard, the storage site located outside the Davis-Monthan Air Force base is home to abandoned planes.

The site hosts demilitarised aircraft that are auctioned by the Aerospace Maintenance and Regeneration Center AMARC.

The aircraft may be broken for spare parts, melted down for scrap metal or regenerated.

The site, which is considered the biggest plane graveyard in the world, was chosen for its location.-

The dry Arizona climate means it takes longer for the planes to rust.

at September 13, 2022
Email ThisBlogThis!Share to TwitterShare to FacebookShare to Pinterest