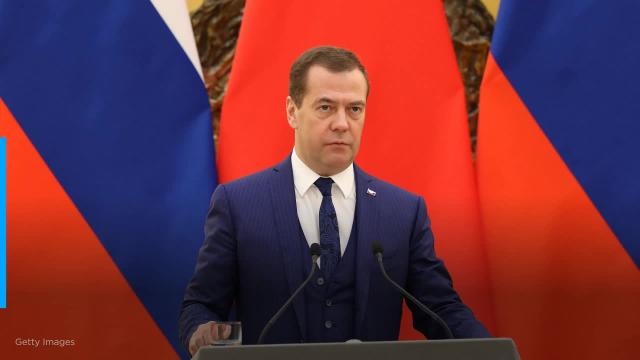 WASHINGTON — Once known as a moderating influence within the Kremlin, former Russian President and current top Kremlin security adviser Dmitry Medvedev has recently emerged as a strikingly bellicose presence, using lengthy, hard-edged posts on the social media network Telegram to justify the invasion of Ukraine, revise 20th century history and threaten the West with nuclear war.

In a post from late July, Medvedev described Ukrainian President Volodymyr Zelensky as under the influence of “psychotropic substances.” In another, he said that American democracy was little more than the totalitarian dystopia described in “Animal Farm,” George Orwell’s famous novel.

“If someone does not agree, he will be deprived of rations, crushed or sent to the slaughterhouse,” Medvedev wrote. In the same post, he accused Americans (and their British “lackeys”) of touting their exceptionalism with “Nazi delight.”

It has all amounted to what Russia scholar and podcaster Mark Galeotti calls “hysterical hawkishness” meant to raise Medvedev’s profile among the siloviki (loosely, “tough guys”) around President Vladimir Putin.

“I think he thinks he has to overcompensate and sound even more deranged than them,” Galeotti told Yahoo News. “And, humans being humans and thus prone to self-justification, he may even be making himself believe it.”

At the very least, Medvedev appears aware that his new persona comes across as discordant — a fact that does not appear to bother him. “People often ask me why my Telegram posts are so harsh,” he wrote in June, in seeming answer to his critics. “The answer is that I hate them. They are bastards and scum.”

In one recent post on VKontakte, another social media network popular with Russians, Medvedev suggested that the Kremlin had designs on Georgia and Kazakhstan, both former Soviet republics like Ukraine. “All nations inhabiting the once great and mighty Soviet Union will once again live together in friendship and understanding,” Medvedev wrote, promising that the “mistake of the early 1990s” — that is, the dissolution of the USSR — “will be corrected.”