By Nathan Layne and Peter Eisler

LANSING, Michigan (Reuters) - State police in Michigan have obtained warrants to seize voting equipment and election-related records in at least three towns and one county in the past six weeks, police records show, widening the largest known investigation into unauthorized attempts by allies of former President Donald Trump to access voting systems.

The previously unreported records include search warrants and investigators' memos obtained by Reuters through public records requests. The documents reveal a flurry of efforts by state authorities to secure voting machines, poll books, data-storage devices and phone records as evidence in a probe launched in mid-February.

The state’s investigation follows breaches of local election systems in Michigan by Republican officials and pro-Trump activists trying to prove his baseless claims of widespread fraud in the 2020 election.

The police documents reveal, among other things, that the state is investigating a potential breach of voting equipment in Lake Township, a small, largely conservative community in northern Michigan's Missaukee County. The previously unreported case is one of at least 17 incidents nationwide, including 11 in Michigan, in which Trump supporters gained or attempted to gain unauthorized access to voting equipment.

Video: When will Donald Trump announce his presidential bid for 2024? 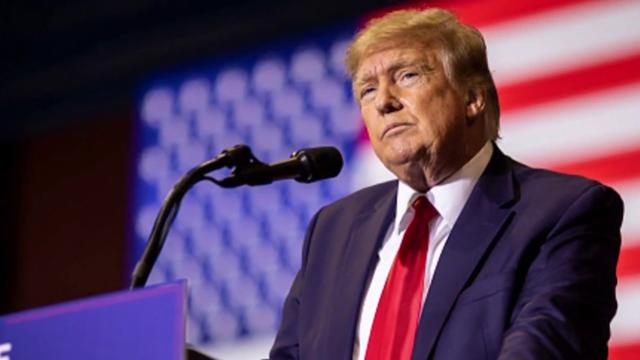 When will Donald Trump announce his presidential bid for 2024?

Former President Donald Trump could declare his candidacy for the 2024 presidential election as soon as this summer. NBC News' Jonathan Allen reports on what advisers to the former president had to say on the timeline of announcing a second run.

Many of the breaches have been inspired in part by the false assertion that state-ordered voting-system upgrades or maintenance would erase evidence of alleged voting fraud in 2020. State election officials, including those in Michigan, say those processes have no impact on the preservation of data from past elections.

The search warrants also authorized state police to seize election equipment in Barry County’s Irving Township and have it examined. Local officials acknowledged publicly last month that state police raided the township office on April 29, a day after the warrant was issued.

- June 06, 2022
Email ThisBlogThis!Share to TwitterShare to FacebookShare to Pinterest