this this a known thing

After a night out with fellow crew members in St. Thomas, one yacht staffer says she woke up to a deckhand trying to take her clothes off.

The 33-year-old, who asked to go by the pseudonym Elaine for fear of being blacklisted from the industry, says he tried to pin her down on the floor of her crew cabin. 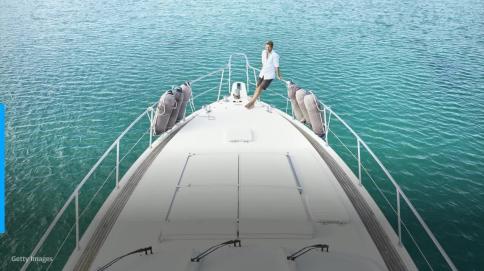 She said she punched her assailant in the face before sprinting down the dock toward a marina security guard who drove her away in a golf cart.

"I looked behind me and I could see [the deckhand] in a full sprint chasing after me," Elaine said.

In April, three months after Elaine said she woke up to the deckhand trying to take her clothes off, she reported the series of incidents to the first mate, the head of the deck team, and the chief stew on board. The next day, she said, she was fired.

Business Insider spoke with 15 current or former yacht crew members. Of those, 11 came forward with firsthand allegations of sexual harassment while on board. Many asked to remain anonymous for fear of repercussions within the industry. Another four former and current crew members told Business Insider that they experienced verbal abuse, bullying, and discrimination on board.

Business Insider also spoke with 10 industry experts and veterans who work at management companies, yachting nonprofits, and law firms. They all spoke of an industry that they see as characterized by an endless cycle of abuse. At the core of the yachting industry's problem, they said, is a lack of infrastructure for reporting sexual harassment and a fear of retaliation if you do.