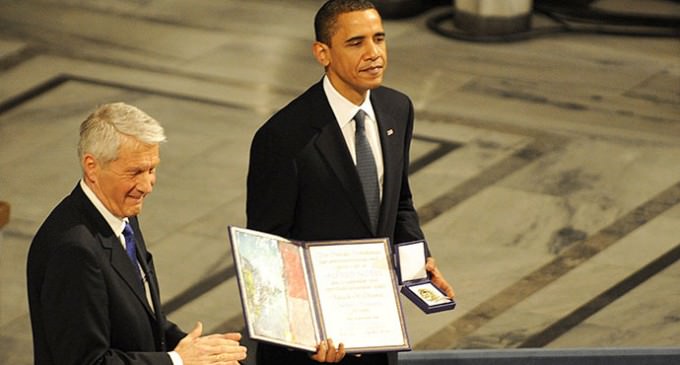 It was the moment when the entire world laughed at liberals and then lost all respect for the Nobel Prizes. When Barack Obama was announced as the winner of the Nobel Peace Prize in 2009, even the fresh-faced president pretended to be a little shocked. “To be honest, I do not feel that I deserve to be in the company of so many of the transformative figures who’ve been honored by this prize,” Obama said at the time. Still, he accepted the prize over several other much more worthy candidates. What did he do to deserve the prize?
Now, in a traditional Homer Simpson “doh!” moment, a former director of the Norwegian Nobel Institute has acknowledged that, in hindsight, he’s not so sure if giving the prize to Obama was a good move either. More regrets on the next page:

at September 07, 2020
Email ThisBlogThis!Share to TwitterShare to FacebookShare to Pinterest