Bison Rips Woman's Pants When She Gets Too Close 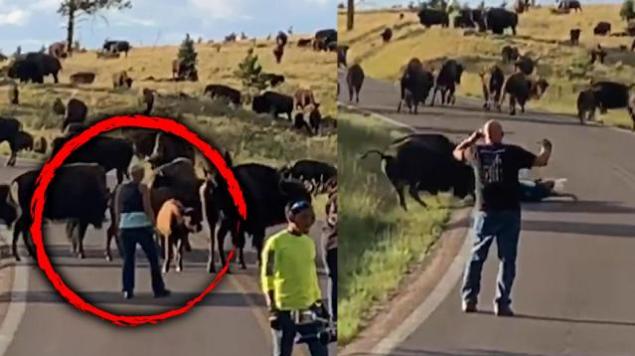 Video Not Available
Unfortunately, this video is missing or damaged and cannot be played.
SS-501-300
A woman who attempted to approach a bison for a photo opportunity in South Dakota’s Custer State Park is lucky to be alive after the animal viciously attacked her, removing her pants in the process. As the unidentified woman inched closer to the bison, she seemed fearless if not foolhardy. Then, it all went horribly wrong. The woman was picked up and tossed around by one of the bison for several seconds. Some rushed to help her, as bystanders realized the woman’s pants were left on the horns.
at August 17, 2020
Email ThisBlogThis!Share to TwitterShare to FacebookShare to Pinterest