as i predicted the rats will bail the sinking ship ......

August 3, 2020, 8:47 PM
'The Simpsons' Harry Shearer disagrees with new direction to hire actors of color to play characters of color: ‘The job is playing someone I’m not’
Yahoo Entertainment 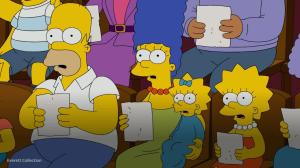 Scroll back up to restore default view.
Ellen DeGeneres’s reputation as the perpetually sunny, rug-cutting host of daytime TV hit The Ellen DeGeneres Show has been shifting for a few years, sparked by her own words and actions, public encounters with others in the entertainment industry — including some familiar names — and, of course, social media.
Her employees’ claims last month that her set is a “toxic work environment,” with workers subjected to racism, sexual harassment and intimidation, as well as a subsequent internal investigation by Warner Bros. are only the latest developments. (For the record, DeGeneres has apologized and said her team is taking steps to correct the issue.)
Here’s the play-by-play of what’s happened so far:

Comedian Kathy Griffin, who appeared as a guest star on DeGeneres’s groundbreaking sitcom Ellen in 1996 and had reportedly feuded with her in the past, wrote in her memoir about a “beloved daytime talk show host” who has “a mean streak that all of Hollywood knows about.” She strongly hinted that it was DeGeneres when she described the woman as having short blonde hair. Then, while promoting the book, Kathy Griffin’s Celebrity Run-Ins: My A-Z Index, Griffin straight-up confirmed the not-so-nice woman was DeGeneres. She further revealed to theHollywood Reporter a month later that DeGeneres had called her out on her words. It made Griffin break down in tears.
“The only angry call I got was from Ellen DeGeneres, which is, by the way, not fun to get when you’re like, a female comic who loves her and her accomplishments,” Griffin said. “She was extremely upset, and I think she had a thought that she was going to, like, put me in my place, or whatever, but as you know I’m not shut-uppable.”

In a New York Times profile, DeGeneres herself talked about the frustrations of being considered so nice. “There’s been times someone wants a picture, and while I’m doing a selfie, they’re like: ‘You’re not dancing!,’” she said. “Of course I’m not dancing. I’m walking down the street.”
She revealed to the newspaper that she’s considered leaving her show.

Jan. 7, 2019: The TV host catches heat for sitting down with Kevin Hart

The host invited Hart on her show a month after he stepped down from hosting the Oscars because homophobic comments he had made in the past resurfaced. DeGeneres, who is gay and whose sitcom was the first to feature a gay leading character, surprisingly asked the film academy to rehire Hart — a move that many in the LGBTQ community and their supporters did not appreciate.

During a football game between the Dallas Cowboys and the Green Bay Packers, DeGeneres was photographed hanging out with President George W. Bush, whose administration was hostile to LGBTQ people and their rights. She explained on the episode of her show that followed that the two are actually friends.
“Here’s the thing: I’m friends with George Bush,” she said on air. “In fact, I’m friends with a lot of people who don’t share the same beliefs that I have. We’re all different, and I think that we’ve forgotten that that’s OK that we’re all different.”
By the next day, writer and comedian Dan Sheehan tweeted that bad Ellen stories are just a part of living in Los Angeles, and it got a lot of attention.

Actress Dakota Johnson appeared as a guest on what turned out to be an unusual episode of DeGeneres’s show. Unusual because while the two chatted about Johnson’s recent birthday, DeGeneres said she hadn’t been invited to the Fifty Shades of Grey star’s party.
“Actually, no, that’s not the truth, Ellen,” Johnson said.
She explained that DeGeneres had complained about not being invited to the festivities for Johnson’s 29th, so Johnson made sure to invite her the following year. When DeGeneres pressed her on how she knew DeGeneres had in fact been invited and chosen not to attend, Johnson said, “Ask everybody. Ask Jonathan, your producer.”
It made for some un-Ellen Show-like TV.

Kevin T. Porter, a comedian and writer, offered to donate to the less fortunate in exchange for stories about DeGenres being mean. In more than 2,800 responses, internet users shared stories about interactions that they had with her, although some were more thoughtless than mean, and some of them defended her.
He ended up donating $600 after the responses got out of hand.

Amid the coronavirus pandemic, Variety reported that employees of the show were “distressed and outraged” over the treatment during the global health crisis. They said they hadn’t heard anything from producers about their pay or hours, much less their health. Moreover, they objected to the show bringing in a non-union tech company to help DeGeneres film from home.

BuzzFeed’s Krystie Lee Randoli reported incidents such as a Black woman facing racist comments — a writer once told her, “I’m sorry, I only know the names of the white people who work here” and others laughed it off — and another former employee said their position had been eliminated the week they returned to work following a one-month medical leave. The person had stayed at a mental health facility following a suicide attempt. There were many more such stories.
In a statement, executive producers Ed Glavin, Mary Connelly and Andy Lassner said, in part: “We are truly heartbroken and sorry to learn that even one person in our production family has had a negative experience. It’s not who we are and not who we strive to be, and not the mission Ellen has set for us.” They vowed to do better.

According to Variety, the investigation would be conducted by an employee relations group and a third party.

“Hey everybody — it’s Ellen,” she wrote at the top of in a letter to employees obtained by the Hollywood Reporter. “On day one of our show, I told everyone in our first meeting that The Ellen DeGeneres Show would be a place of happiness — no one would ever raise their voice, and everyone would be treated with respect. Obviously, something changed, and I am disappointed to learn that this has not been the case. And for that, I am sorry. Anyone who knows me knows it’s the opposite of what I believe and what I hoped for our show.”
Still, celebs Brad Garrett and Lea Thompson were just two of the people who weren’t moved by the apology.
On the very same day, BuzzFeed News published a second story in which dozens of former Ellen employees said the set was rife with sexual misconduct. Warner Bros. declined to comment on specific allegations, citing the internal investigation but offered a statement. “We have identified several staffing changes, along with appropriate measures to address the issues that have been raised, and are taking the first steps to implement them,” the company said, in part.

- August 04, 2020
Email ThisBlogThis!Share to TwitterShare to FacebookShare to Pinterest