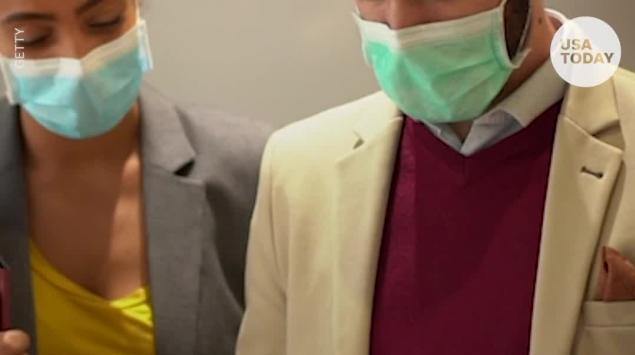 A new report suggests that wearing a cloth mask doesn't just protect others from COVID-19, it can protect you as well.
An Ohio man who died due to complications from COVID-19 has drawn criticism for his staunch refusal to wear a mask earlier in the pandemic.
Richard Rose III, an Army veteran who spent nine years in the United States Army according to his obituary, died on July 4. He was 37.
Rose’s death gained notoriety on social media after expressing that he was “not buying a (expletive) mask” less than three months before his death.
“I’ve made it this far by not buying into that damn hype,” he said in a post published April 28.
The post has since garnered more than 800 comments and 19,000 shares, with many using the post to ridicule Rose for his stance on masks. Others defended Rose.
Not just for other people: Wearing a mask protects you from COVID-19, and may lessen serious illness
Rose used the social media platform to post about going to one local bar, S&M Bar, three times in June. He also went out of town, to Put-in-Bay, in June.
Rose tested positive on July 1, confirming his illness in a Facebook post in which he explained he would be in quarantine for 14 days.
Earlier that day, he posted that he had gotten a test. “I just want to feel good again!” he said.
A day later, he updated his Facebook friends with one of his symptoms: difficulty breathing.
Nick Conley, a friend of Rose's, said in a Facebook post his friend was believed to be healthy.
"Rick was like a lot of my friends, and didn’t feel the need to wear a mask because he was young and healthy,” Conley wrote in the post, shared three days after Rose's death.
He also told WOIO-TV in Cleveland that his late friend deserves “compassion” despite his refusal to wear a mask earlier in the pandemic.
“Rick is getting slaughtered online right now for his decision that he made not to wear a mask and that’s not right,” Conley said. “We should still be compassionate whether we agree with someone’s beliefs or not. Someone has passed away and we should have some compassion towards that.”
Conley closed his Facebook post with a warning: “Please know that this virus is real. Just because you don’t personally know someone affected yet doesn’t mean it’s not real.”
As of July 16, Ohio has more than 69,000 total cases of COVID-19, with more than 3,000 deaths, according to Ohio Department of Health data. The state does not have a mandate for wearing masks.
Contributing: Craig Shoup, Fremont News-Messenger. Follow Joshua Bote on Twitter: @joshua_bote.
This article originally appeared on USA TODAY: Ohio veteran, 37, who refused to wear a mask, died of COVID-19