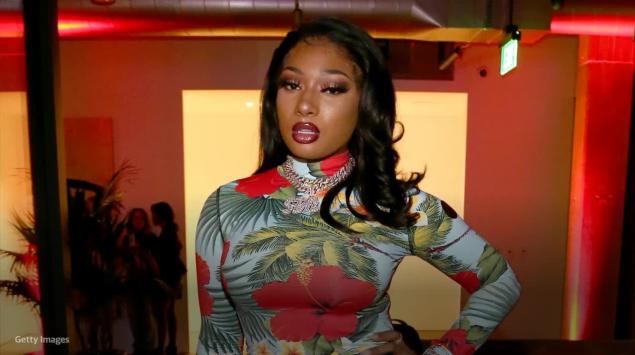 Scroll back up to restore default view.
Megan Thee Stallion suffered multiple gunshot wounds, but is expected to make a full recovery. In a note posted on Instagram on Wednesday, the rising rapper said she’s “lucky to be alive.”
The 25-year-old “Savage” singer wanted to “set the record straight” as she called the narrative being pushed in the media “inaccurate.”
“On Sunday morning, I suffered gunshot wounds, as a result of a crime that was committed against me and done with the intention to physically harm me. I was never arrested, the police officers drove me to the hospital where I underwent surgery to remove the bullets,” she shared. “I’m incredibly grateful to be alive and that I'm expected to make a full recovery, but it was important for me to clarify the details about this traumatic night.”
Megan added in the caption, “This whole experience was an eye opener and a blessing in disguise. I hate that it took this experience for me to learn how to protect my energy.”
Exactly what happened early Sunday morning is unclear. Police were called about a disturbance outside of a Hollywood Hills residence around 4:30 a.m. PT for a “shots fired investigation,” the Los Angeles Times reports. However, there’s no mention of Megan being shot in the LAPD report.
Megan was hanging out with rapper Tory Lanez, 27, who was arrested on felony concealed weapons charges. TMZ broke the story on Monday that “people were arguing in an SUV before someone fired shots in the air ... and the vehicle took off,” which led to cops finding a gun in his car. Police told the Times “witnesses to the incident provided a description of a suspect(s) and their vehicle.”
Yahoo Entertainment confirmed Lanez, real name Daystar Peterson, was arrested and booked. He was released on $35,000 bond.
In a statement on Wednesday, the LAPD confirmed to the Times one person was taken to the hospital on Sunday “with a foot injury.” Officers said they detained multiple people after stopping a vehicle matching the description. Two sources familiar with the investigation said Megan was displaying an injury at the scene consistent with her being struck by shattered glass.
What is known is that Megan and Lanez were hanging out with Kylie Jenner on Saturday night, hours before the incident. The rappers appeared on Jenner’s Instagram Live during a pool party. The meetup isn’t entirely random as the “Hot Girl Summer” singer and Kylie Cosmetics billionaire have mutual friends. Megan is close with Jenner’s ex-BFF, Jordyn Woods.

- July 16, 2020
Email ThisBlogThis!Share to TwitterShare to FacebookShare to Pinterest