ellens show must be closed 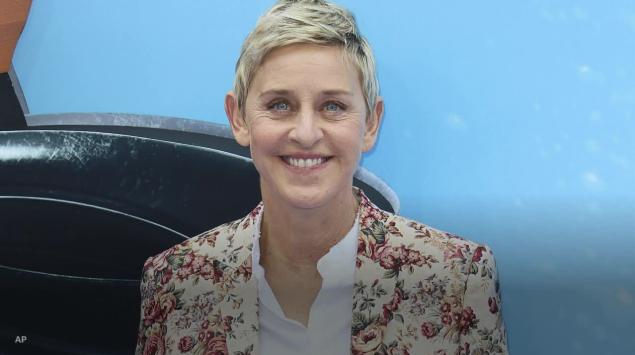 Scroll back up to restore default view.
Ellen DeGeneres’s apology to her talk show staffers over workplace toxicity allegations hasn’t stopped new ones from surfacing.
One day after the Ellen DeGeneres Show host broke her silence in a staff letter about the ongoing investigation of the show, a new report from BuzzFeed News has dozens of former staffers making claims of “rampant sexual misconduct and harassment” on the set. And Everybody Loves Raymond actor Brad Garrett said that mistreatment by DeGeneres — whose motto is “be kind” — is “common knowledge.”
According to the new BuzzFeed story, top executive producers engaged in inappropriate workplace behavior, with one “being handsy” with female staffers and another soliciting oral sex at a work party.
Many of the new claims center around head writer and executive producer Kevin Leman. A former employee claimed Leman was behind the work party incident — which they said played out in a restroom at a company event in 2013. Another former staffer said they separately saw Leman grab a male production assistant’s genitals. Another ex-staffer claimed she saw Leman grope a production assistant in a car in 2017. And dozens of others talked about sexually explicit comments made by him, typically to lower-level and younger employees.
Leman denied “any kind of sexual impropriety” in a statement to the news outlet. He admitted he had “occasionally pushed the envelope” in coming up with “jokes,” as the head writer of the show but said he’s “horrified that some of my attempts at humor may have caused offense.” He continued: “I have always aimed to treat everyone on the staff with kindness, inclusivity and respect. In my whole time on the show, to my knowledge, I’ve never had a single HR or interpersonal complaint made about me, and I am devastated beyond belief that this kind of malicious and misleading article could be published.”
BuzzFeed News spoke to 36 former employees in total, “many of whom independently corroborated incidents of harassment, sexual misconduct and assault from top producers like Leman,” according to the story.
Warner Bros. declined to comment to BuzzFeed News about the specific allegations, noting the ongoing internal investigation that was sparked by the outlet’s earlier report, in which current and former employees claimed they faced racism and intimidation in the workplace. (In the earlier report, fingers were pointed at the show’s three executive producers, also including Ed Glavin, Andy Lassner and Mary Connelly. The three EPs issued a statement at the time saying they were “truly heartbroken and sorry to learn that even one person in our production family has had a negative experience.”)
However, the studio said it "hoped to determine the validity and extent of publicly reported allegations and to understand the full breadth of the show’s day-to-day culture." And it said it “was important to both Warner Bros. and Ellen that as many people as possible attached to the program could be heard. The Ellen DeGeneres Show is, and has always strived to be, a place that brings positivity to the world. And though not all of the allegations were corroborated, we are disappointed that the primary findings of the investigation indicated some deficiencies related to the show’s day-to-day management.” And they “have identified several staffing changes, along with appropriate measures to address the issues that have been raised and are taking the first steps to implement them.”
The behind-the-scenes drama also led to Garrett’s calling out DeGeneres over alleged — though unspecified — mistreatment. He reposted a tweet about how DeGeneres apologized to staffers for the toxic workplace culture and wrote, “Sorry but it comes from the top,” adding that he knows “more than one who were treated horribly by her.” He called it “common knowledge.”