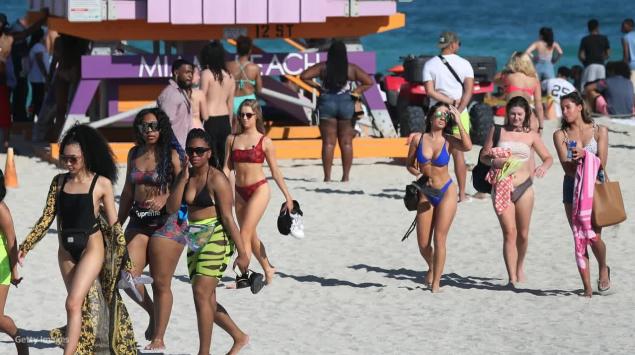 CDC warns young people are not ‘immune’ to coronavirus

Butler elaborated on the issue, stating that while those 65 and older are the most at risk, increasing evidence has shown that those with certain underlying conditions — even below the age of 50 — might be at higher risk too. The main conditions associated with hospitalization and death from the virus, Butler said, remain the same, including cardiovascular disease, type II diabetes and obesity. But in a CDC update, the agency said that “people of any age” with certain, newly added, underlying conditions could be at risk of serious infection. “Some of these conditions include other chronic lung conditions such as moderate to severe asthma, cystic fibrosis, high blood pressure a weakened immune system… another is neurologic conditions such as dementia or history of stroke, liver disease and pregnancy,” said Butler.
Both experts confirmed that the CDC has noticed that a greater proportion of young people are testing positive for the virus, specifically in Florida and other southern states, and implied that there could be several explanations. “This could reflect a number of things, including the fact that people are actually hearing and understanding the message,” said Butler, referring to CDC guidance about social distancing and wearing face masks. “So it’s possible that we’re seeing less infections in older people because there is less exposure.”
Redfield added that there may be an increase in testing and a clearer understanding of symptoms (or, in the case of many young people, lack thereof). “Obviously we’re seeing right now infections that are targeting younger individuals....In the past, I just don’t think we diagnosed these infections,” said Redfield. “CDC has completed a series and will continue to do fairly extensive surveillance through the nation using antibody testing and our best estimate right now is that for every case that was reported there actually were ten other infections.”
He continued by adding that early on, the CDC “didn’t really aggressively pursue diagnostics in young, asymptomatic individuals,” and that there’s a chance what’s happening now “was occurring and just unrecognized.” Still, whether the rise in infections among young people is new or merely a byproduct of better testing and contact tracing, the need for vigilance remains the same.
“[Get] the message out that young people are not somehow naturally immune to this virus,” said Butler. “Although they may be at lower risk of death or severe infection [that] doesn’t mean that they are completely unable to become infected or to transmit it to others.”
Redfield stressed that the CDC’s guidance on how to stay safe remains the same — and, as Fourth of July weekend approaches — increasingly urgent. “For those at higher risk, we recommend limiting contact with others as much as possible or limiting contact to a small number of people,” said Redfield. “The keys to COVID prevention remain: number one, social distancing, number two frequent hand washing and hand hygiene, number three staying away from others if you’re ill and number four, properly wearing a face covering when you’re unable to social distance.”


- June 26, 2020
Email ThisBlogThis!Share to TwitterShare to FacebookShare to Pinterest