its brazil they don't give a fuck its 3RD WORLD COUNTRY 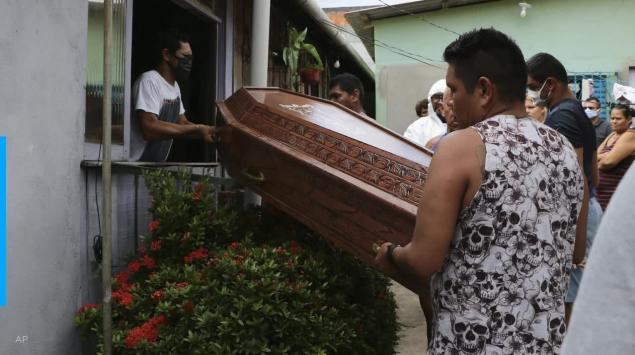 Brazil is letting the coronavirus run rampant with little intervention

Brazil is facing an extreme surge in COVID-19 cases after the government left the virus to spread largely uncontrolled around the country for weeks.

Bruno Kelly/Reuters
Brazil is facing an extreme surge in COVID-19 cases after the government left the virus to spread virtually uncontrolled for weeks, all while the country's president mocked stay-at-home policies and pushed against directives from the World Health Organization.
As of Friday evening, Brazil, which has a population of 209 million, had 91,589 confirmed cases of COVID-19 and 6,329 deaths from the virus, according to Johns Hopkins data. That makes the country's per-capita death rate 3.02 deaths per 100,000 people.
Related Video: What Coronavirus Symptoms Look Like, Day by Day 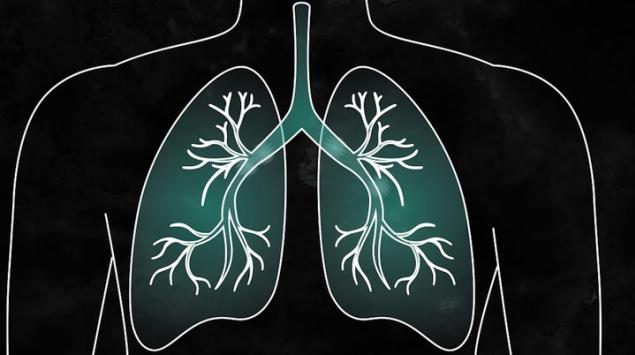 After being exposed to the virus that causes COVID-19, it can take as few as two and as many as 14 days for symptoms to develop. Cases range from mild to critical. The average timeline from the first symptom to recovery is about 17 days, but some cases are fatal. Here's what it looks like to develop COVID-19, day by day.
Experts told The Associated Press that the numbers of cases and deaths could be much higher because Brazil does not yet have widespread testing.
Since the novel coronavirus started to spread across the world, countries have issued lockdowns, stay-at-home orders, and curfews to help contain outbreaks. Even Sweden, which has left restaurants, schools, and public spaces open, has urged its residents to social distance and stay home when necessary.
But in Brazil, there's an alarmingly relaxed approach from the country's president, Jair Bolsonaro — the only stay-at-home orders in place have been issued by governors, borders are still open, and there are very few countrywide quarantine regulations.

Brazil's president has downplayed the novel coronavirus pandemic for weeks

Bruno Kelly/Reuters
Bolsonaro has downplayed the coronavirus pandemic for weeks and evenencouraged protesters who pushed against lockdown measures put in place by 25 out of the country's 27 governors.
Across the country, cities are facing the bleak realities of the virus, which experts say is still weeks from its peak.
Manaus, the capital of the state of Amazonas, has started digging mass graves for COVID-19 victims, and funeral homes fear they'll run out of wooden coffins in days. In Rio de Janeiro, pictures posted on Twitter showed bodies lined up outside a hospital because the morgue was full.
Brazil's extraordinarily low testing rate — 32 times lower than in the US, which is still looking to ramp up its own testing, according to The Washington Post — is so low that hospital patients and medical workers are not being tested for the virus.
According to the latest report from Pantheon Macroeconomics, an economic-research consultancy firm, Brazil wasn't hit hard by the virus until late March or early April, but the number of new cases is growing by the day.
Pantheon's report suggested Brazil's surge in cases was likely a consequence of Bolsonaro's "unhinged view of the virus."
As Bolsonaro downplays the virus, he has also argued with governors over state-imposed lockdowns and suggested the World Health Organization encouraged masturbation and homosexuality among children, according to the AFP.

Brazil's neighbors are concerned about the country's open borders

Bruno Kelly/Reuters
Brazil's neighboring leaders have raised concern over the country's approach to the virus.
In Paraguay, soldiers dug a trench at its border with Brazil to prevent people from crossing over. In Uruguay, President Luis Lacalle Pou told The AP Brazil's reaction to the virus was sending "warning lights" to his administration.
Argentine President Alberto Fernández told local news outlets Saturday, according to The AP, that he was worried about the open borders.
"A lot of traffic is coming from São Paulo, where the infection rate is extremely high, and it doesn't appear to me that the Brazilian government is taking it with the seriousness that it requires," he said. "That worries me a lot, for the Brazilian people and also because it can be carried to Argentina."
Sergio Davila, the editor in chief of the Brazilian newspaper Folha de S.Paulo, told The New Yorker that other branches of government were standing their ground against Bolsonaro, and that could help in the long run.
"The Supreme Court is doing its job. The Congress is doing its job. It is turning down a lot of exotic propositions from the executive," he said. "The Supreme Court is doing the same. It is knocking down executive orders that are not democratic, such as the one I mentioned about overturning the power of the states. So the system of checks and balances is working. But you have to know that Brazil is a relatively new democracy, not like the United States. It's under stress, but it is doing well so far. So I am optimistic. The press is doing a great job as well."
But Bolsonaro seems unfazed by the death toll, The New York Times reported.
"So what? Sorry, but what do you want me to do?" he said this week. "My name is Messiah, but I can't work miracles."