there is no end to just plain fucking retards

Robinson is facing domestic battery with corporal injury and one felony count of assault with force likely to produce great bodily injury on a woman with whom he is dating.
He's also facing assault with a deadly weapon and criminal threats, plus four counts of battery and child abuse.
Robinson faces a maximum of seven years in state prison if convicted on all charges, and he is currently being held at Orange County Jail.
Robinson's sister, Andrea, faces five misdemeanor charges of battery for attacking her brother and his girlfriend, as well as a Disneyland employee. She lives in Compton and faces 2 years in jail if convicted.
Lastly, Daman Petrie, is facing one count of battery. He is married to Robinson's sister, and is accused of punching Robinson's girlfriend in the face. Petrie is looking at 6 months in jail if convicted.
After filing the charges, the Orange County D.A. said, "The Orange County District Attorney’s Office does not tolerate domestic violence or child endangerment anywhere." 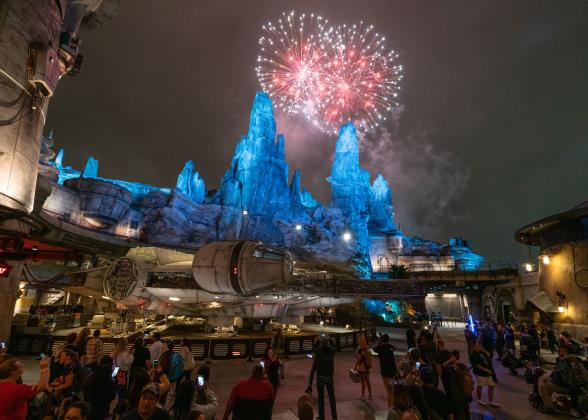 The trio involved in a virally viewed fight at Disneyland earlier this month are now facing a TKO of child endangerment felony charges and misdemeanors that could see them in jail for years.
“The Orange County District Attorney’s Office does not tolerate domestic violence or child endangerment anywhere,” said Orange County District Attorney Todd Spitzer today as the criminal charges were announced stemming from the July 6 incident in Toon Town.
More from Deadline
at July 25, 2019
Email ThisBlogThis!Share to TwitterShare to FacebookShare to Pinterest