Young bear was fed by humans and had many 'fans.' Officials say they had to kill it

Samantha Hawkins,USA TODAY 18 hours ago
A young black bear was shot and killed by state officials after becoming so habituated to humans that the public could get close enough to take selfies with him.
Starting June 4, Washington County Sheriff's Office and the Oregon Department of Fish began receiving calls and seeing social media posts with the bear in the popular Scoggins Valley Park near Henry Hagg Lake.
Tuesday evening, deputies from the sheriff's office and Oregon State Police were dispatched to the area after receiving two calls about the bear and sent a tweet asking the public to stay away.
But with 90-degree temperatures drawing boating crowds, the bear had been given food all week long.
In other wildlife news: Gator with a knife in its skull appears to be swimming just fine in Texas woman's photos
Watch this video: Baby bears don’t belong in trash cans!


On Thursday, when wildlife biologists Kurt License and Doug Kitchen set out to trap and relocate the bear, they received another call that the bear was on the highway near the intersection of Scoggins Valley Road and Herr Road, where individuals had left it food.
License and Kitchen found the bear eating trail mix, sunflower seeds and cracked corn. There were several piles of food on the road that had been left out for him, and he did not run away when the wildlife officials approached.
"It was very clear that the animal was way too habituated," said License. "With that information, it was a human health and safety risk, and we had to remove it."
The 100-lb male black bear was 2-3 years old. 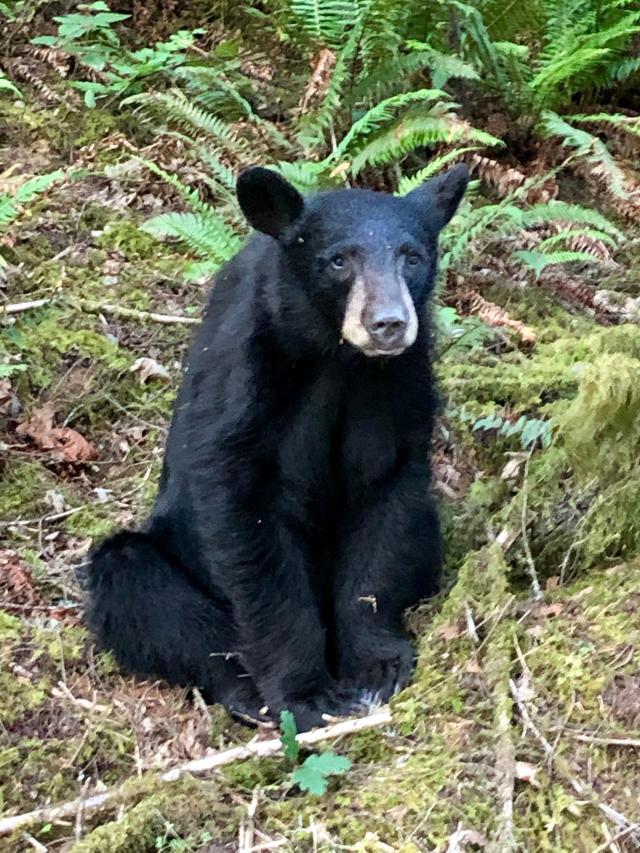 Rick Swart of the Oregon Department of Fish and Wildlife said if the bear had not been habituated they could have relocated it, which has been successful in the past. But history shows it's unlikely a habituated bear will stay away from humans, a risk wildlife officials aren't willing to take.
Oregon has seen only three black bear attacks since 2000, but attacks around the country require officials to be cautious.
According to Dr. Doug Cottam, the district biologist for the Oregon Department of Fish and Wildlife, the vast majority of bear problems in communities are quickly solved just by talking to the residents. "Citizens don't want to see these animals killed," Cottam said. "People do about anything they can to get rid of the problem rather than the bear." 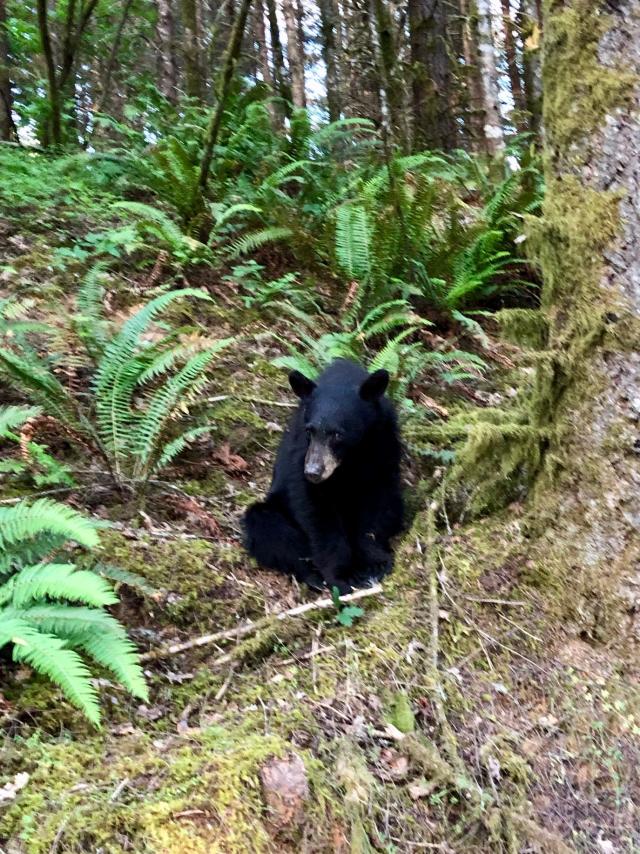 Still, every year wildlife management has to euthanize multiple bears that have become too comfortable with humans. Cottam recalls one particularly bad year in 2007 where he had to euthanize seven black bears in his district alone. Citizens in the district killed 30 under a law that allows homeowners to shoot bears that are a nuisance on their property.
"Black bears are eating machines and develop bad habits quickly," Cottam said. "It's in their best interest for people to make them feel unwelcome."
Swart says it's an ongoing challenge to educate the public. The Department of Fish and Wildlife implores the public to cover up their garbage and to never feed wildlife, as they survive fine without human help.
"We're sad it ended this way," said Deputy Brian van Kleef of the Washington County Sheriff's office. "Obviously no one wants to see a bear get killed, especially its many human fans. But I think it was the human interaction that ultimately led to its tragic end."
Follow Samantha Hawkins on Twitter: @samhawk81
This article originally appeared on Salem Statesman Journal: Young bear was fed by humans and had many 'fans.' Officials say they had to kill it


- June 17, 2019
Email ThisBlogThis!Share to TwitterShare to FacebookShare to Pinterest