you see all that glitters is not gold

Freddie mercury was lonely he said it many many many times he used to cry and the only time he  felt loved was on stage  in front of thousands of drunk high fans .

its a gift and a curse all on the same platform ...and if you look at all the awards these  people  are all suffering from the  same  disease ...

fame is a  disease and usually the insecure and lonely seek it out   so it will solve  all their  problems  because they do not love themselves  so they look  for  love in others .....

it never  pans  out  usually the famous can only date  famous  ....birds of  a feather  fly together they only understand each other  and live in fantasy and  cannot find inside themselves and look for  self gratification in the  form of  fans and money

robin Williams was iconic in trying to make  everyone happy  ....except himself......

fame is like a powerful drug only it may be the most addictive of all things ....

Liz Calvario‍,Entertainment Tonight 11 hours ago
Ariana Grande isn't afraid to share her feelings with her fans.
The "Thank U, Next" singer took to Instagram on Saturday to share a Jim Carrey quote about depression that stuck with her.
"Depression is your body saying, 'I don't want to be this character anymore. I don't want to hold up this avatar that you've created in the world. It's too much for me,'" the quote begins. "You should think of the word 'depressed' as 'deep rest.'  Your body needs to be depressed. It needs deep rest from the character that you've been trying to play."
Grande added, "The whole LOML (love of my life) forever," on her post.
She also posted a close up photo of the actor, writing, "I love you so much," and confessing that her first AIM username was "jimcarreyfan42" when she was in fourth grade.
The post comes a couple days after Grande got candid about the hardships of performing live. When a fan praised her for finding a creative outlet to help her with her struggles, the singer replied in since-deleted tweets captured by fans, "Making it is healing. Performing it is like reliving it all over again and it is hell."
Grande continued, writing, "I just am sharing. It's hard and I'm trying and my soul is confused and tired and i love u."
"Having a routine is good for ptsd. been readin bout it. i would be sad without the shows too. imma be ok. might change the set list a lil," added.
In another tweet to a fan on Thursday, Grande confessed, "I just feel empty and i wanna have more to say / better energy to give to u and rn i don’t have anything. love u. 🖤💻."
Grande has been open with her fans about her feelings since the death of her ex-boyfriend, Mac Miller, and her subsequent break up with fiance Pete Davidson. However, the "No Tears Left to Cry" songstress has continued to give her fans her all.
Last week, she surprised Coachella-goers by reuniting 4/5 of *NSYNC and performing "Tearin' Up My Heart" during her Sunday set. Watch the exciting moment in the video below.
RELATED CONTENT:
BLACKPINK Meet More Stars at Coachella Weekend 2 as Ariana Grande Sends a Sweet Shoutout
Ariana Grande Gets Candid About the Hardships of Performing Live: 'It Is Hell'
Lil Dicky Joins Justin Bieber, Ariana Grande, Halsey and Dozens of Others in New Animated 'Earth' Video
Related Articles:
The Independent

Chelsea Ritschel,The Independent Fri, Apr 19 1:57 PM EDT
Ariana Grande has candidly revealed that she does not think touring is good for her mental health.
The singer, who recently performed at Coachella and is currently on her Sweetener world tour, shared the insight on Twitter in a now-deleted tweet in response to a fan who’d said: “Music is your therapy and I love seeing it heal you.”
According to Grande, she finds music “healing” but compared performing to “hell”.
“Making it is healing,” the 25-year-old wrote. “Performing it is like reliving it all over again and it is hell.”
The pop star then followed up on the topic in another tweet, explaining to one follower who asked if touring was good for her health that that touring has actually been very difficult.
“I have so much on my mind and it’s so heavy and no energy to process or work thru any of it but I’m trying hard,” Grande wrote, before adding: “I wish it were a year ago. I’d give anything.”
The singer concluded her emotional tweets informing her more than 62m followers that she wishes she could give them better energy but just feels “empty”.
Grande, whose ex-boyfriend Mac Miller died in September, ended her engagement with Pete Davidson in October and is still dealing with the effects of the Manchester bombing which occurred during her concert in 2017.
The singer’s tweets come days after she shared an image of her brain in comparison to a brain with PTSD, which showed a notable resemblance.
In response to concern from fans at the time, Grande said on her Instagram story that she hadn’t meant to “startle anyone” but that she’d been blown away by the images.
"I am constantly working on my health/learning how to process pain (aren’t we all), everyday is different but I’m doing my best,” she wrote.

Reactions
Instead, we got a 7-minute animated romp in which our faves are depicted as various wild animal/plants/planets, etc.: Bieber is a baboon (more on this later), Grande a zebra, Snoop Dogg a marijuana plant, Lil Jon a clam, Kevin Hart is Kanye West, and DiCaprio has the innate pleasure of playing himself.
And if the fact that Lil Jon, as a clam, utters the line “what the f—k, I’m a clam?” isn’t weird enough for you, perhaps this will be: as the video transitions from Bieber telling viewers his “anus is huge,” we literally travel through the singer’s baboon butt to meet Grande’s zebra (2:21, see for yourself) who is very quickly mauled by Halsey's lion cub.
RELATED: Ariana Grande Shared a Brain Scan Showing "Terrifying" Effects of Trauma
Unsurprisingly, Twitter was rather affected by this crude transition, though Grande herself thought it was “fire.”
Even with the audacity of Ari's entrance, Bieber's reference to his "huge anus" was not overlooked
“We Are the World” this is not, but if Ariana emerging from the Biebs’s baboon butt inspires people to fight climate change, so be it. 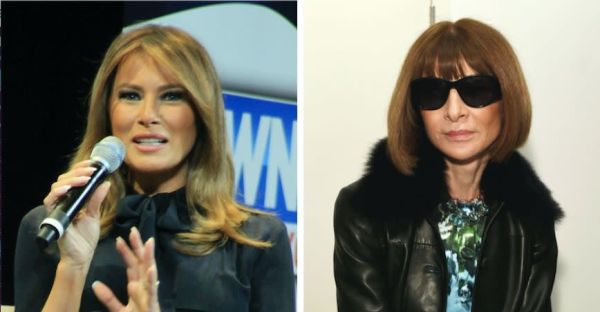 Results Are In: Best Travel Credit Cards Of 2019

Vet: “I Beg Pet Owners to Toss Out This Dog Food”


at April 21, 2019
Email ThisBlogThis!Share to TwitterShare to FacebookShare to Pinterest