And this comes from  a   woman who created
a dumb ass wizard fantasy bollocks.. which
was a truly annoying movie/book .....i did
get it ......lots of people  loved it ....although
fantasy and science fiction are not my bag..... 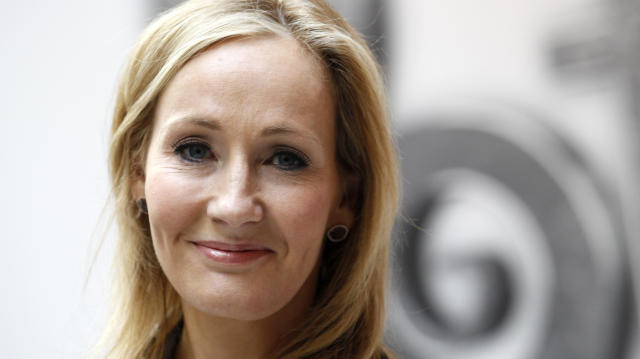 The creator of a magical community thinks President Donald Trump is living in a fantasy world.
After Trump lashed out at NBC News on Twitter Wednesday, J.K. Rowling summed up the president’s response to “fake news” in a single tweet, posting an image that showed all of Trump’s tweets about NBC and pairing it with a hilarious caption.
“His harshest critics must acknowledge that @realDonaldTrump shows true leadership in the war on reality,” she wrote.


The president’s latest attack on the media comes after U.S. Secretary of State Rex Tillersonheld an impromptu press conference Wednesday, where he responded to a NBC News report that alleged he had threatened to quit his job and called Trump a “moron” over the summer.
During the presser, Tillerson praised the president, calling him “smart,” and said he would never leave his post. Yet Tillerson never denied that he called Trump any names.
Trump then dubbed NBC News “fake.”


Rowling’s tweet comes a day after the president tossed rolls of paper towels into a crowd of Hurricane Maria survivors during his first visit to Puerto Rico after the storm devastated the U.S. island territory two weeks ago.
It was a move that the mayor of San Juan, Carmen Yulín Cruz, called “terrible and abominable.”
This is also not Rowling’s first foray into Trump-related criticism.
The author also called the commander-in-chief a “tiny, tiny, tiny little man” in May after he shoved aside Montenegro’s Prime Minister at the NATO summit in order to shove his way to the front of a crowd.
- October 05, 2017
Email ThisBlogThis!Share to TwitterShare to FacebookShare to Pinterest