why do people fuck with wild animals 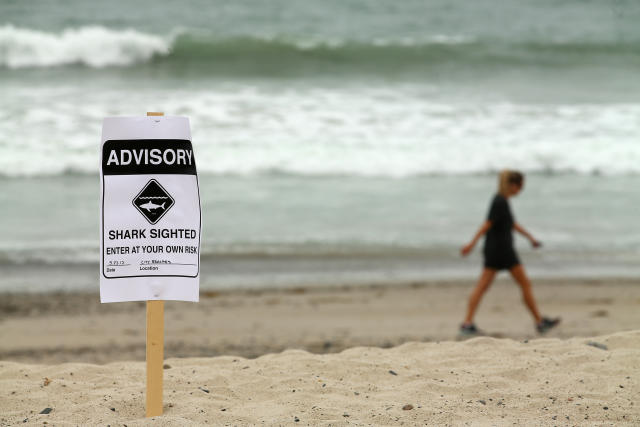 A footage emerged over the weekend showing a tiger shark biting a man's hand after he tried to grab its tail. The incident reportedly took place June 29 near Johnnie Mercer's pier on Wrightsville Beach, North Carolina.
The footage shows two men trying to pull the shark that was hooked on a fishing line towards the shore. One of the men tried grabbing the shark's tail, but it slipped and swam away. In the second attempt, the man gets hold of the shark's tail but the animal turns around and bites the man's hand. The video, which was taken from a distance, shows the water near the man turning red as he was bit by the shark.
Watch the video here:
After being injured, the man is seen making his way to the shore, clutching his wounded hand.
Read: Shark Attacks Swimmer Off Florida's Haulover Beach, Suspected Bull Shark Bites Legs
Wrightsville Beach’s emergency services were called and the injured man was taken to hospital. There is no more information on the extent of the man's injuries.
“Someone caught the shark and as they were pulling it in, it whipped around and bit him on the arm," Catherine Patton, an eye-witness, told NBC-affiliated WECT6 . “There was a lot of blood, but they took him away in an ambulance and I think he's OK.”
According to a local report, the 4-foot-long shark was later pulled near the shore and had the hook removed from it before being released into the ocean.
“Sharks are wild animals and so we definitely don’t want to be messing around with any wild animal,” Gail Lemeic from the North Carolina Aquarium at Fort Fisher, told ABC/CBS/CW-affiliated television station WWAY.
Recently there have been several incidents of fishermen and people on shores encountering sharks, and in some cases trying to catch them.
Earlier this month, a man caught a great white shark while he was out fishing in Rockport, Massachusetts. The large male great white was 8 feet 7 inches long, and weighed 362 pounds.
Last month, a young man posted a video of himself diving into the water at Oyster Plant Park, Washington and catching a shark with his bare hands. The video shows the man standing on the dock, preparing to jump in the water where a small shark was swimming. After he entered the water, he grabbed the shark with his bare hands, and then threw the shark onto the dock.
Read: Sharks Spotted On New York City's Coney Island Beach Cause Brief Evacuation
As of now, at least 27 shark attacks have been reported in the U.S. in 2017, including 18 in Florida and one in Hawaii.
Last month, a woman in Concord, North Carolina lost her arm to a huge shark while snorkeling. The mother of three was snorkeling in a shallow reef in Bahamas when the incident took place.
“It just felt like I had bumped into something,” she told WTVD-TV at the time. “So I just casually turned to my right to look… my whole arm in its mouth, just floating there.”
Related Articles