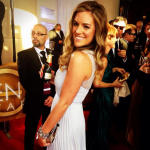 
Rob Kardashian and Blac Chyna party at the Crazy Horse in Atlanta. (Photo: BACKGRID)
While Blac Chyna is splashing around in her new Ferrari — and with her new man — Rob Kardashian “isn’t taking the bait” when it comes to his ex fiancée.
“Rob’s really working hard on himself right now,” a source close to the Kardashian-Jenner family tells Yahoo.
Kardashian, 30, continues to stay silent on social media despite Chyna’s flashy behavior. The Keeping Up With the Kardashians star has gone underground ever since his explosive tirade on July 5.
“Rob’s doing alright,” the source continues. “He knows what he did was wrong. [His daughter] Dream is his number one priority.”
Despite their public feud, Rob and Chyna are continuing to co-parent their 8-month-old daughter, Dream. She was recently featured on Chyna’s Instagram, in front of her mom’s new Ferrari.


Chyna returned cars and jewelry Rob gave her shortly after his social media meltdown. “Once he posted all these things on the Internet, I had my two assistants drive the Ferrari and the Lamborghini and took all the jewelry back to his house,” she later said.
The brand-new 2017 488 Ferrari Spider that Chyna’s driving around reportedly starts around $275,000. That’s not the only shiny new thing Chyna’s flaunting. She has also been photographed with rapper Mechie. The two recently packed on the PDA all around Miami.

Blac Chyna and Mechie hold hands as they leave a Miami Beach nightclub at 4 a.m. (Photo: BACKGRID)
A second insider tells Yahoo that the Kardashian-Jenner girls — including Kim, Khloé, Kourtney, Kendall, Kylie, and Kris — “are relieved” that it appears Rob and Chyna are done.
“They are cautiously optimistic that this is it,” says the source. “Rob and Chyna clearly aren’t good for each other.”
One person firmly in Chyna’s corner? Her bestie, Amber Rose.
“People look at Chyna and they just be like, ‘She got Rob for everything, she’s taking his money,’ she’s not that type of person,” Rose tells Complex. “I remember when her and Rob met, how they fell in love and how happy they were, they’re just not happy anymore. That’s life, it just happens.”
Rose explains that Chyna just wanted to escape a bad situation.
The model continues, “It comes back to people being uncomfortable with women making their own decisions in life… She opted to leave. She did not want to be in that situation anymore, and that made people uncomfortable that she f**kin’ left. It doesn’t mean like, oh, let me get my baby, let me get my check, let me leave, it’s like no, we had something great and now we don’t. And guess what? I’m out.”
Considering Rob has yet to weigh in on any of this, we’re assuming “no news is good news” when it comes to the reality star.