because of the freeloading ...........empty headed insecure liberals  laws have been allowed  that  a kid  can divorce you or  charge  you .....

Parenting can feel like an uphill battle, no matter your child's age. Not only is there a lot of pressure, but it also feels like whatever you're doing is constantly being scrutinized by strangers, friends, and family. If you're involved in your kids' lives, then you hear that you're a helicopter parent and you're raising a fragile child. If you leave your children alone and try to let them work things out on their own, then you're neglectful. It seems as though no matter what there's someone there to tell you that you're doing it wrong. However, a lot of issues with brattiness are the parents' fault — or at least become the parents' responsibility to fix. Although children might pick up bad ...

Lauren Levy,Popsugar US 54 minutes ago 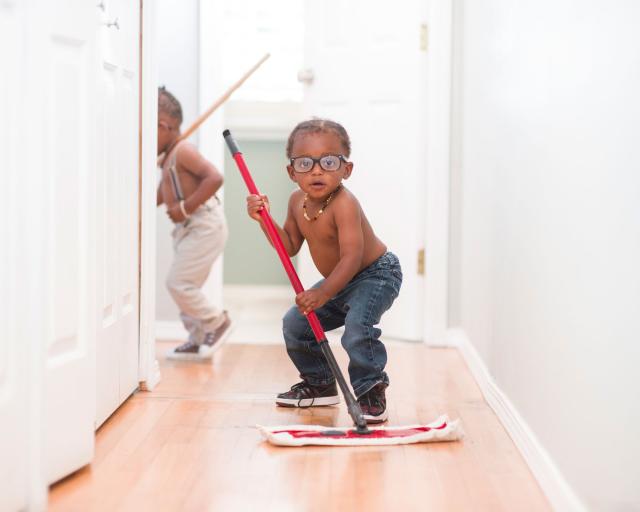 For many households, detailed schedules and reward systems are not only necessary to keep the family on track but also kids pitching in from a young age. However, growing up, my house was missing the elaborate chore charts - and the weekly payout that came with them.
While my friends received weekly "allowances" for completing their chores, my siblings and I had to do the work without the pay. If we wanted to save up for something, we could earn money by helping out with "extra" projects or chores, but we were never paid for daily responsibilities like emptying the dishwasher, setting the table, or sweeping the floor. My parents had very clear beliefs that, just like the adults, children should contribute to the household without being rewarded for something that they are expected to do.
Related
3 Reasons Kids Should Never Open Up Gifts During Their Birthday Party
Although my mom's antichore payment stance felt brutal at the time, it ended up having a lasting impact on how I now view work, finances, and responsibilities. Monetary incentives can be an effective way to motivate kids to help out, but it just fixes a short-term problem instead of necessarily setting them up for success later in life. This is why parents should separate chores from allowance instead of paying kids each week for doing what they already should be.
at June 29, 2017
Email ThisBlogThis!Share to TwitterShare to FacebookShare to Pinterest
Newer Post Older Post Home