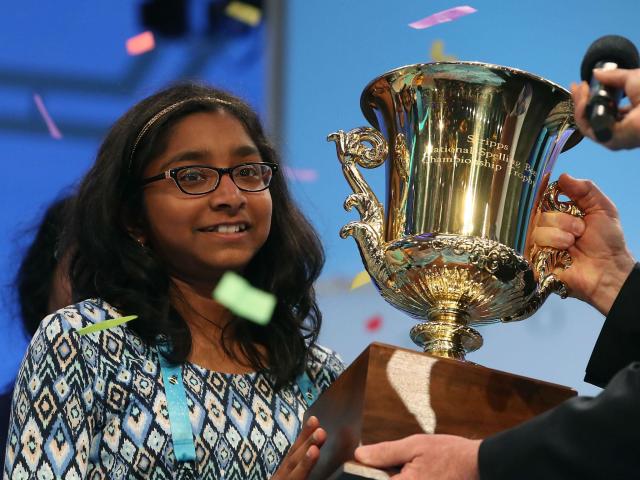 A CNN host is accused of making what some are saying is a "racist" remark to 12-year-old Scripps Spelling Bee Champion Ananya Vinay who the host said likely misspelled a word on air because "it's root is not in Sanskrit, which is what you're probably used to using."
Hosts Alisyn Camerota, who made the comment, and Chris Cuomo jokingly asked her to spell 'covfefe,' what Ms Camerota called a "nonsense word."
Ananya, who is of Indian origin, was born and raised in Fresno, California and had just been named the 2017 champion the previous evening. An Indian-American child has won the competition every year since 2008, and Ananya is the 13th overall to do so.

Donald Trump had used the word in a now-deleted tweet that read "Despite the constant negative press covfefe", which stayed up on his account for nearly five hours overnight as social media mercilessly mocked him for the typo.
The next morning, Mr Trump cryptically tweeted "Who can figure out the true meaning of 'covfefe'??? Enjoy!"
Ms Camerota corrected Ananya's spelling of the word and then said "so, I don't know. Anyway" after her Sanskrit comment.
CNN has not responded to a request for comment on the matter. Ms Camerota has not responded to the several tweets lambasting her for what they feel is a "racist" comment.