why do fucking idiots  have  kids  .......when they know they  cannot afford  them  ...i know  this  because i lived in a breeding stall in a  little  town in Scotland


Dad Who Had Wanted Abortion Allegedly Beats Baby Girl Within an Inch of Her Life: Cops 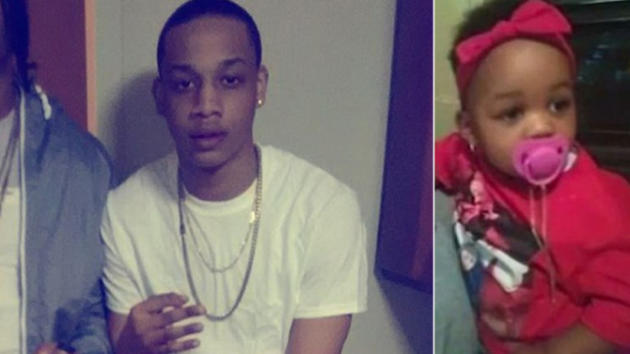 A little girl is fighting for her life after New York City cops say her teenage father viciously attacked her.
Sixteen-month-old Nylah's battle to survive began on Father's Day when a 911 caller reported that the girl's mother had been chased and assaulted by her daughter's dad.
Watch: 9-Month-Old Girl Dies After Being Sexually Assaulted by Mom's Boyfriend: Cop
The dad, 19-year-old Shaquan Taylor, allegedly snatched the baby from the mother's arms before cops say he continued his assault on the mother.
Police were called to Taylor's Brooklyn apartment, where they reported finding the baby face down on the floor and having trouble breathing, according to the NYPD.
Doctors later determined that Nylah suffered injuries that included a fractured skull and bruising to her face, nose, arms and legs prior to the call about the assault on her mother.
Taylor was watching Nylah on Father's Day when he called her 17-year-old mother to tell her something was wrong with the baby and to come get her, CBS New York reported.