and black people say white people are racist ...well there you have proof 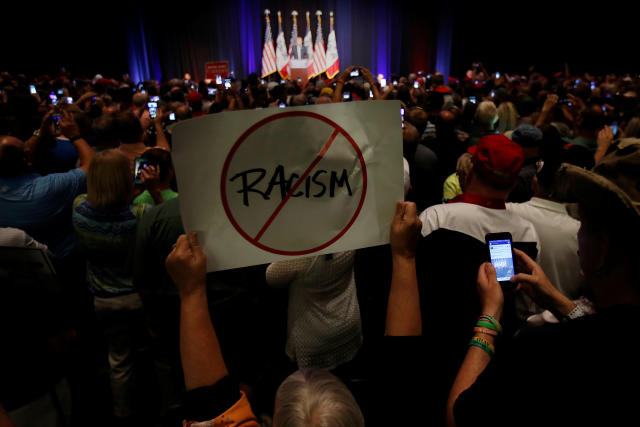 A video showing a Canadian woman insisting on seeing a "white doctor" for her ill son at a walk-in clinic in Ontario, Canada, has gone viral. The four-minute video, shot by a patient waiting for his appointment, created an online rage soon after it was posted earlier this week. The woman had visited the hospital with her son after he complained of chest pain.
"I would like to see a white doctor," the woman can be heard saying to a member of the clinic staff in the waiting room. When the member of the clinic told her that a white doctor was not available, the Canadian woman got furious. She kept on demanding for a white doctor who could speak English. The woman then walked to the reception counter and started yelling at the staff, saying she wanted to see a  doctor for her son who is white, “speaks English” and doesn't have "brown teeth." She was again told to wait until 4 p.m. for a white doctor. Meanwhile, her son was sitting quietly beside his mother.
Read: Wage Gap for African Americans Persists As Blacks Work More Hours
"I saw a doctor that was not white that did not help my kid,” the woman repeatedly said over in the video. She told the clinic staff: “I would like to see a white doctor. You’re telling me there isn’t one white doctor in this whole entire building?”
In the whole course of the Canadian woman's exchange with the clinic staff, several patients who had been waiting for a doctor started criticizing her "racist" remarks. "Your child clearly has more issues of you being his mother than needing to see here a doctor. You are extremely rude and racist," a woman waiting at the clinic told the frustrated mother.  She was also mocked by other patients who said she should get herself checked instead of her son.
According to CBC News, the "racist" woman was sitting with her son when another patient asked her why she demanded a white doctor, following which the two got into an argument. Hitesh Bhardwaj, a patient waiting to receive treatment, shot the video soon after the situation got tense.
Read: Bill Cosby Blames Racism Ahead Of Sexual Assault Trial
Bhardwaj told CTV Toronto he was disturbed by the video. "Seeing it so openly, without any fear, in front of so many people, without even fearing that someone can report her – it was really shocking," he said.
Bhardwaj, an Indian-origin