Nina Golgowski,HuffPost 1 hour 53 minutes ago
Roughly 3,000 miles from any major population center, there’s an uninhabited island in the eastern Pacific Ocean that, curiously, has the highest density of plastic waste reported anywhere in the world
The shores of Henderson Island have amassed a staggering 38 million pieces of trash ― and that’s with human beings rarely stepping foot on it, according to a new study.
“Henderson Island has the misfortune of being located adjacent to the South Pacific Gyre, a large area of the ocean which (like the other four gyres in the world) accumulates significant quantities of plastic pollution,” Jennifer Lavers, a lead researcher for the University of Tasmania’s Institute for Marine and Antarctic Studies, told HuffPost by email Wednesday.
For more news videos visit Yahoo View, available on iOS and Android.
The raised coral island, which is one of four British-owned islands known as the Pitcairn group, is the focus of a report co-authored by Lavers and published in the scientific journal Proceedings of the National Academy of Sciences on Monday. Its findings highlight the powerful effect that plastic pollution has had on the planet in just the last half century.
In the case of Henderson Island, where colorful plastics slather its East Beach like seashells ― in some cases serving as makeshift homes for hundreds of crabs ― the accumulation of debris is proving to be unstoppable. 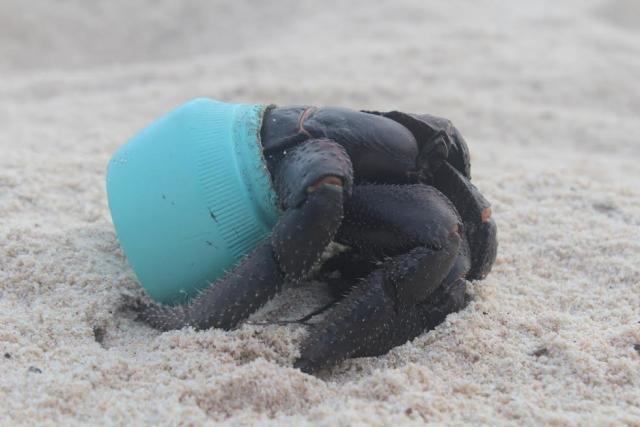 Approximately 68% of the beach’s debris is buried in the sediment. Altogether, there are an estimated 37.7 million items, weighing 17.6 tons, accumulated on the island.
In addition to sullying the island’s natural beauty, wildlife has been found eating the plastic and getting entangled in it. Plastic barriers are also being created, which have reduced sea turtles’ ability to lay eggs, the report states.
Most of the trash found on the island has been linked to fishing activities or drifting trash from China, Japan and Chile, the report noted. 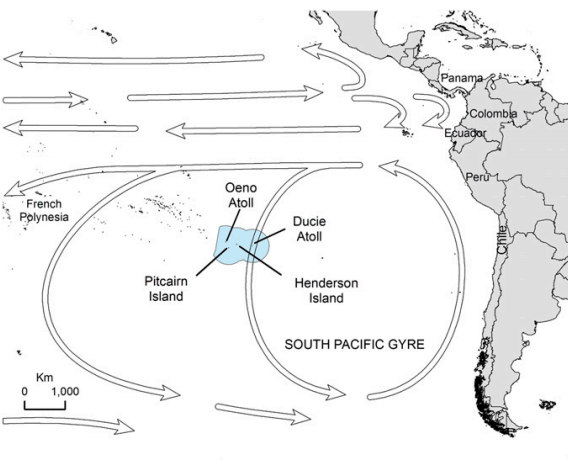 Lavers emphasized that, no matter the source of the trash, we all play a role.
“As far as I’m aware, there is virtually nowhere in the world that isn’t being impacted by marine plastic pollution,” Lavers said. “While some places are worse hit than others, if we did not clean it up, it would indeed accumulate.”
“One of the big ‘take home’ messages here is no country (or individual) gets a free pass ― clearly we all have/had a role in creating the plastic pollution issue plaguing the world’s oceans, so we all have an equal role in cleaning it up AND preventing it from getting worse. Pointing the finger rarely helps,” she said.
Unfortunately for Henderson Island, which is infrequently visited by researchers, there are no cleanup efforts underway. It’s not because no one cares; it’s because it’s “not feasible,” Lavers said.

“If all we ever do is clean up, that is literally all we will ever do. We must change our behaviour, our consumption patterns ― the tap needs to be shut off, urgently,” she said. “Even if we did somehow manage to clean Henderson, my colleague and I estimated (in our research paper) that 13,300 new pieces of plastic wash up on Henderson each day. Within months we’d be right back where we started.”
Henderson Island isn’t the only island affected by such human waste.
On the southern side of Hawaii’s Big Island, Kamilo Point resembles a dumping ground where thousands of pounds of trash collect each year.
“The Hawaiian archipelago acts like a sieve, collecting debris that was floating around the Pacific Ocean and accumulating it along our shores,” Megan Lamson, a survey diver for the state’s Division of Aquatic Resources, told HuffPost earlier this month.
So-called garbage patches are also known to move and congregate trash throughout the oceans. According to the National Oceanic and Atmospheric Administration’s Marine Debris Program, much of the debris is small pieces of floating plastic that are not immediately visible to the naked eye.
“It is possible to sail through the ‘garbage patch’ area and see very little or no debris on the water’s surface,” NOAA’s website states. 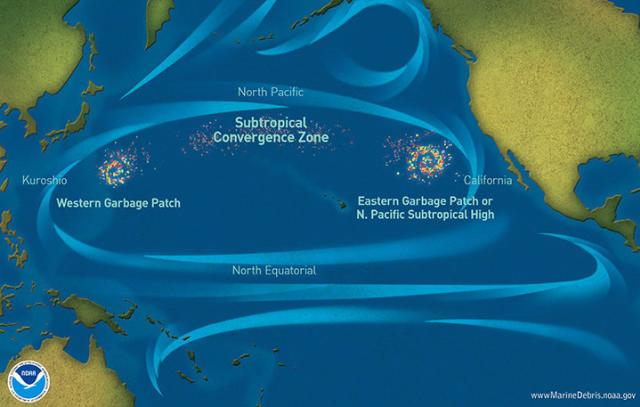 How can you help? NOAA’s website provides a list of small steps people can take to reduce plastic trash from getting into the ocean. It includes using reusable coffee mugs and shopping bags as well as packing snacks in reusable containers rather than in disposable plastic bags.
“These steps are just a start, but they’re all things we can do with minimum impact to our daily lives. Even incorporating one of these actions into your life can make a difference in the amount of plastic pollution in our ocean,” the website states. 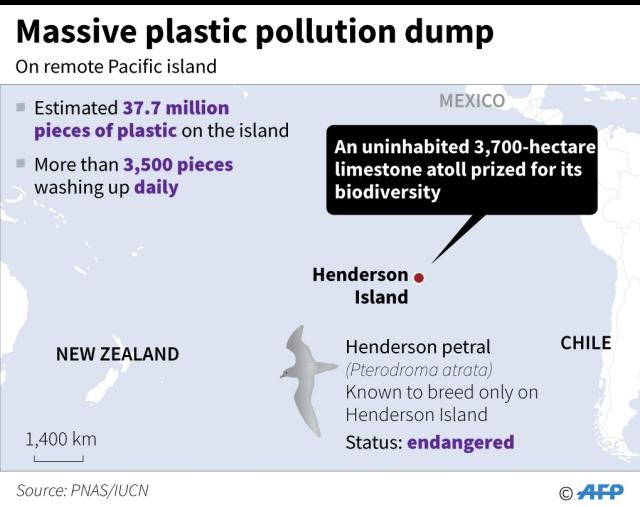 Miami (AFP) - One of the planet's most remote islands is polluted with the highest density of plastic particles ever reported, with more than 3,500 pieces washing up daily, researchers said Monday.
Henderson Island is uninhabited, and lies far out in the South Pacific -- east of New Zealand and west of Chile -- some 3,100 miles (5,000 kilometers) from the nearest major land mass.
This 9,100 acre (3,700 hectare) limestone atoll, one of the UK's Pitcairn Islands -- is prized for its biodiversity.
But it is also littered with an estimated 37.7 million pieces of plastic, said the report in the Proceedings of the National Academy of Sciences, a peer-reviewed US journal.
"What's happened on Henderson Island shows there's no escaping plastic pollution even in the most distant parts of our oceans," said lead author Jennifer Lavers, a researcher at the Institute for Marine and Antarctic Studies (IMAS) at the University of Tasmania, who co-authored the report with the British conservation charity the Royal Society for the Preservation of Birds.
"Far from being the pristine 'deserted island' that people might imagine of such a remote place, Henderson Island is a shocking but typical example of how plastic debris is affecting the environment on a global scale."
- 'Focal point for debris' -
The island is so remote that it is visited only once every five to 10 years for research purposes.
It was during the most recent scientific expedition to the island in 2015 that researchers discovered the extent of the pollution problem.
"Its location near the center of the South Pacific Gyre ocean current makes it a focal point for debris carried from South America or deposited by fishing boats," said the report.
"We estimated a minimum of 3,570 debris items were deposited on North Beach daily, five orders of magnitude greater than the accumulation rates reported elsewhere."
About 27 percent of the items were identifiable as being from South America, including beach equipment and fishing gear.
The beaches were found to be littered with between 21 and 671 items per square yard (meter), said researchers.
Samples were taken at five sites on the island, from as far down as four inches (10 centimeters) below the surface.
Researchers did not check cliffs or rocky coastline, leading them to warn that their report likely underestimates the true scope of the problem.
- 'Long-term impact' -
Since humans do not live there, the pollution on Henderson Island has also never been cleaned up.
Some 300 million tons of plastic are produced around the world annually, and most is not recycled.
"It's buoyant and durable, it has a long-term impact on the ocean," Lavers said.
Plastic can harm fish, turtles and seabirds. Experts say hundreds of species are at risk from ingesting it.
A separate study out last month found that some seas in the Arctic are heavily polluted with plastic because of an Atlantic ocean current which dumps debris there, particularly in the Greenland and Barents Seas.
Experts say such findings underline the importance of properly managing plastic litter at its source, and preventing it from entering the ocean through storm drains or poor waste management practices.


Scientists find 38 million pieces of trash on a Pacific island

Researchers have warned that an uninhabited island in the South Pacific, one of the world’s most remote places, is one of the worst affected by pollution from plastic debris. ...

How many double-jabbed people are dying from COVID? Rebecca Speare-Cole Tue, September 7, 2021, 11:12 AM A vaccinator administers Pfizer C...