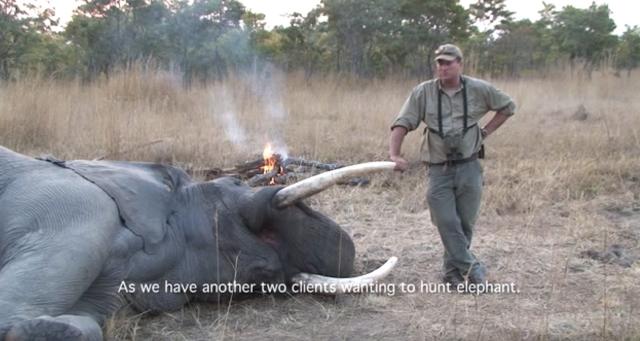 A big-game trophy hunter was killed in Africa last week during an encounter with a herd of elephants.
Theunis Botha, 51, died on Friday in Zimbabwe, South Africa’s News24 reported, citing Netwerk24.
Botha, who owned an outfitting company, was walking with some other hunters when they came across a group of breeding elephants. The elephants charged the hunters and Botha opened fire.
Another elephant then charged from the side and lifted Botha with its trunk. When one of the other hunters shot the creature, it collapsed and fell on Botha as it died, killing him.
Simukai Nyasha, a spokesman for the Zimbabwe Parks & Wildlife Authority, told the Independent that the incident happened at the Good Luck Farm near Hwange National Park. The park is known for its elephants, and its Facebook page is filled with images of tourists showing the animals in action.
Botha’s wife announced his death on their joint Facebook page, according to the Telegraph. The post is no longer available for the public to view.
In addition, trophy hunter/booking agent CJ Prinsloo confirmed the death of his “fellow professional hunter, outfitter and friend” on his company’s Facebook page. However, the post was removed after receiving numerous negative comments.
The website for Theunis Botha Big Game Safaris said he specialized in leopard and lion hunting using hounds. Botha’s company also had a YouTube page with numerous videos depicting hunts of buffalo, crocodiles, lions and elephants.
He was based in South Africa. 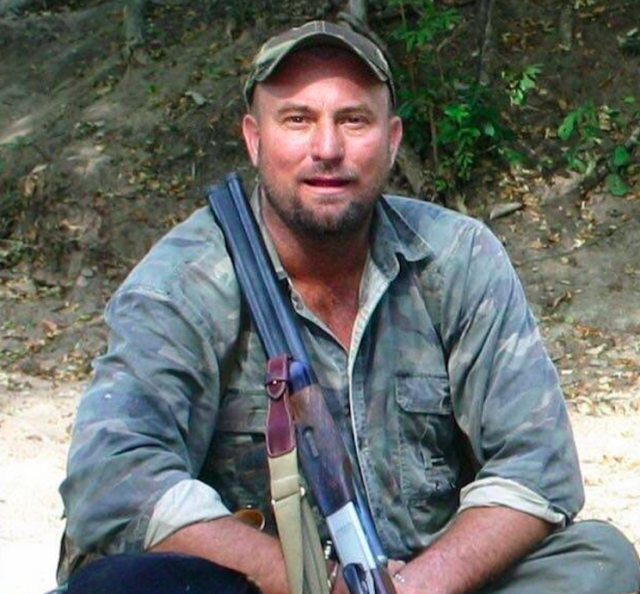 A big game hunter was crushed to death by a falling elephant that was fatally shot by one of his party.
Theunis Botha, 51, was killed when the animal fell on top of him during a group hunting expedition in Gwai, Zimbabwe on Friday.
His group came across a breeding herd of elephants, according to reports, and fired at the animals.
Alarmed by the intrusion, the elephants charged at the hunters and one of them picked up Mr Botha with its trunk.
MORE: Student ‘spared jail’ after stabbing boyfriend could still be expelled from college
MORE: ‘It’s alarming’: Facebook leak reveals it’s okay to livestream suicide videos
A member of the hunting party shot the elephant in the hope it would drop Mr Botha, but, instead, the wounded animal, which later died, fell on top of him and crushed him to death.
Mr Botha was a well-known hunter who led leopard and lion hunting trips for his company, Game Hounds Safaris.
The company said he pioneered European-style ‘Monteira’ hunts in Africa, where packs of dogs are used to drive deer and boar towards hunters.
He often travelled to the US to bring back wealthy Americans to partake in big game trophy hunting.
He is survived by his wife, Carike, and their five children, who all live in Tzaneen, South Africa.
Mrs Botha is expected to travel to Zimbabwe to bring her husband body’s home.
A spokesman for the Zimbabwe Parks & Wildlife Authority said the incident happened at the Good Luck Farm near Hwange National Park.
Mr Botha was friends with hunter Scott van Zyl, 44, who was killed by crocodiles in Zimbabwe last month. 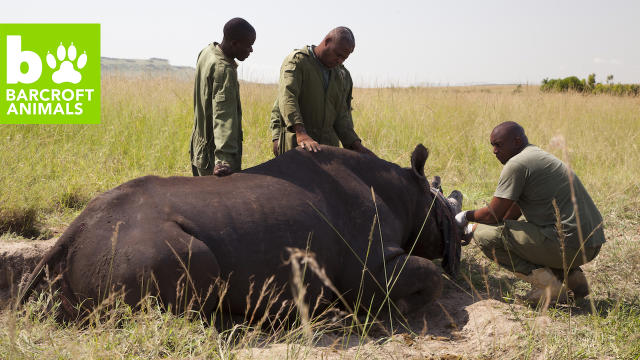 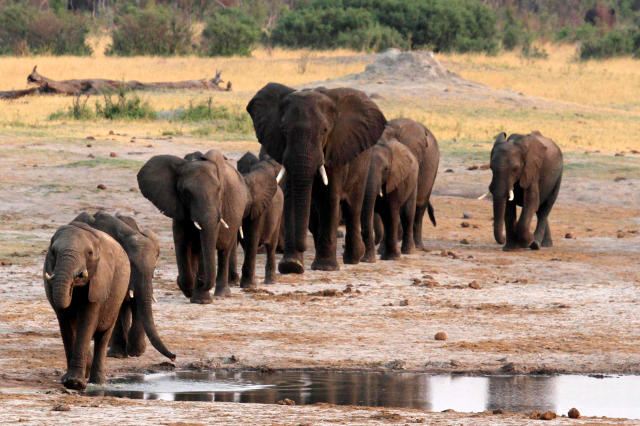 A South African hunter died at a Zimbabwe game park Friday after being crushed by an elephant that had been shot by one of his hunting party.
Theunis Botha, 51, was walking with clients at a farm near Hwange National Park on Friday afternoon when they accidentally disturbed a herd of breeding elephants, said a spokesman for Zimbabwe’s national parks authority (Zimparks), Simukai Nyasha, according to The Telegraph.
As three female elephants charged the hunters, Botha shot at them before a fourth grabbed him with its trunk.
Trending: Russian Missiles: Venezuela Holds Huge Stockpile of Surface-to-Air Missiles, Showing U.S. Fears Founded
When another hunter fatally shot the elephant, which collapsed on top of Botha, according to Afrikaans news site Netwerk 24.
Botha led Monteria hunts, according to the website of his company Game Hounds Safaris. Monteria uses packs of dogs to drive game towards hunters, who then pick them off.
Botha appeared to be a specialist in hunting leopards and many of the pictures and testimonials on the site relate to hunts for the big cats.
Don't miss: Ivanka Trump-inspired Fund for Women Wins Saudi Support
One said : “After hunting for over 35 years, your team gave me a new experience ‘hunting leopards with hounds,’ I can’t tell you how much I enjoyed the hunt, it was filled with excitement and adrenalin...Thank you for one of the best hunts I have ever had.”
Botha would regularly travel to the United States to recruit customers to go on big game hunts, according to The Telegraph . He is survived by his wife, Carike, and five children.
Botha was a friend of Scott Van Zyl, another South African hunter who was killed by a crocodile during a hunting trip on the Zimbabwe-South Africa border.
Most popular: Spike Lee: Donald Trump 'Is Not My President, I Call Him Agent Orange'
Van Zyl disappeared during the hunt in April, and his rucksack was found along the bank of the Limpopo River. A DNA test on the stomach of one of three crocodiles shot during the investigation found a match to Van Zyl, the BBC reported.
Conservationists argue that trophy hunting is decimating populations of endangered species, but advocates say that offering a restricted form of hunting can provide financial incentives to aid conservation.