when you think your life sucks ....then 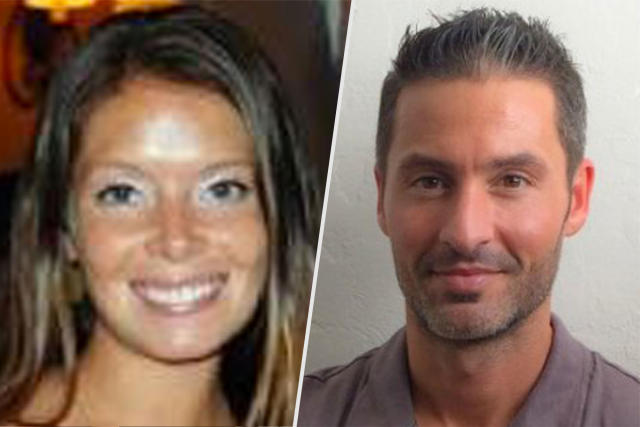 A gunman opened fire inside an Equinox fitness club at the Village of Merrick Park in Coral Gables, Florida, around 1 p.m. on Saturday - leaving two people dead, the luxury gym has confirmed.
Police said the shooter is dead, The Miami Herald reported - and it is believed that he committed suicide after firing his gun.
Equinox member Shed Boren told The Herald the incident involved a disgruntled trainer: “I had just left Equinox,’’ he said. “I heard from my trainer that it was a trainer that had been let go. The general manager and one of the trainers were shot.’’
Equinox confirmed in an email early Sunday morning that the two victims - General Manager Janine Ackerman, 35, and Fitness Manager Marios Hortis, 42 - died from their injuries. They also confirmed that the shooter was a former employee.
“Janine was 35 years old and had been a member of our Equinox family for nearly two years,” several members of Equinox’s executive team said in their statement. “She was promoted to General Manager of our club in Coral Gables last August. She was a kind and caring soul, a person we all loved and will deeply miss. Her memory will never be forgotten.
“Marios Hortis, 42 years old, was with Equinox for more than six years. He was mortally wounded when the shooter entered the club, and died as a result of his injuries. His generous spirit and warm demeanor made him an always welcome presence in our world, one that will be sorely missed.”
There was panic in the gym when shots were fired, a witness told NBC-10.
The upscale mall -which includes stores like Neiman-Marcus, Nordstrom, Jimmy Choo and Crate & Barrel - was placed on lockdown, sending many at its outdoor dining areas scrambling to get under tables, NBC-10 reported.
Security issued a 15-minute audio alert advising “emergency, evacuate or seek shelter,” according to Instagram video posted of the scene.
The Coral Gables Police Department and Miami-Dade Police Department surrounded the mall - securing the crime scene by 1:45 p.m., ABC-7 reported.
Those injured were taken to Jackson Memorial Hospital’s Ryder Trauma Center via helicopter, NBC-10 reported, which landed at the nearby Coral Gables Senior High School’s sports field.
The mall appears to be one frequented by CNN commentator Ana Navarro, who tweeted about the incident.
“Wow. My local mall,” she wrote. “Hope Miami peeps safe. Reminder, life’s fleeting.”
Equinox CEO Harvey Spevak released a statement to employees Saturday, writing, “On behalf of the Executive Team, I am writing with the sad news that an employee-involved shooting took place at our Coral Gables club earlier today. Two current employees and one former employee were involved in the incident.
“We are not yet releasing the names of the victims, as we cannot confirm that their families have been notified. The investigation into the circumstances surrounding this incident is ongoing and we are awaiting further details from the authorities,” the statement continued. “Our thoughts and prayers are with everyone impacted by this terrible tragedy. We wanted to alert you, our Equinox family, directly. We are here to answer any and all questions that we can.”
This article was originally published on PEOPLE.com