You are here: Home / Lifestyle / List of Common Female Insecurities - What Makes a Girl Insecure in 2022

A quick web search regarding the most common insecurities among women yields some interesting, and perhaps disturbing results. The most common answers, by far, all involve a girl’s appearance in one way or another (as a matter of fact, it’s difficult to even track down any other type of insecurity). The other type of insecurity which easily rears its head is the type involving insecurities in her relationship; in other words, her worries about what a man thinks of her.

The 4 main types of insecurities are: 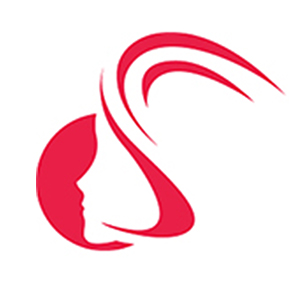 Get updates on the latest posts and more from Womenio straight to your inbox.

First of all, let’s take a quick run through the list of insecurities regarding physical appearance (but be warned: if you do not like what you are about to read, just remember that I am only summarizing what, according to the Internet, are the top insecurities of women and why):

Now, I sincerely hope that any woman reading this list of their apparent insecurities is really angry right now.

I honestly cannot believe that even nowadays this is the picture of women that is being suggested by their insecurities. The above would suggest that women are all worried about looking like celebrities and models; want nothing more than to be desired sexually by men; and finally that this is all well and good because it’s based on evolution. True, insecure women are often very hard on themselves.

If you’re mad now, though, the next few insecurities women apparently have regarding dating are going to make you even madder.

The next most commonly listed female insecurities are about dating:

It would seem from the points above that there is just no pleasing women, that you can’t live with them, you can’t blah blah blah.

Oh, women! These points about dating women, about how to reassure them that they are sexy but not only sexy and on the whole that they are wanted by men, were obviously written by men. They are basically tips for men on how to calm the insecure and frivolous creature called woman; feel free to stop at this point to spit if you like.

The insecurities above, sadly, are those which are by far most frequently listed; and as I said, there are very few others that make any appearance at all.

The following two insecurities do make a very small appearance (more of a walk-on than a speaking role):

In these last two, finally, we are no longer insulting women, and are placing them on an equal footing with men right?

Wrong. It’s true that men are also insecure about money and their careers (and actually, it is true that they are insecure about all of the other things listed above as well), but this isn’t enough to say that these last two insecurities are no longer insulting.

The statuses associated with how much money you make, and how respected your career is, are illusions, every bit as much as the long-legged blonde turquoise-eyed model/celebrity described above.

The following two things are rarely mentioned which, certainly, some women are insecure about:

Why then, does a web search on this issue suggest that women care only about their bodies and about pleasing men? You should be angry, or, you should submit more content on the internet about what real women are really concerned about if only to try to beat back all of the meaningless spam about breast size and so on.

What are your biggest or most common insecurities? Share your thoughts in the comments and let's talk about this.

at January 02, 2023
Email ThisBlogThis!Share to TwitterShare to FacebookShare to Pinterest