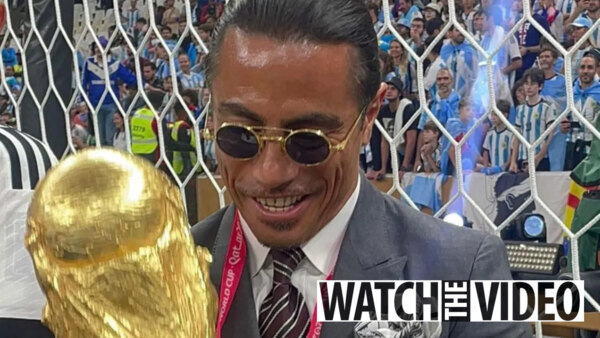 SALT Bae has been slammed for his “pathetic” pestering of Lionel Messi to get a selfie and touching the World Cup after Argentina’s win.

The celebrity chef, whose real name is Nusret Gökçe, somehow got himself in among the winning team and managed to get selfie with Lionel Messi as he celebrated his team's triumph.

But in the run up, he was seen badgering the superstar and repeatedly grabbing his arm until the player relented and posed for a picture.

The chef was slammed on Twitter as “pathetic” for his attention seeking antics, which were also described as the “cringiest thing ever”.

“The man’s just won the World Cup literally minutes prior and this 'celebrity' is feeling he’s entitled to get his attention,” said one Twitter user.

The fury continued after he posted pics on Instagram of him holding the 18-carat gold trophy, worth £17 million, a privilege reserved for the winning team and heads of state.

READ MORE ON THE WORLD CUP 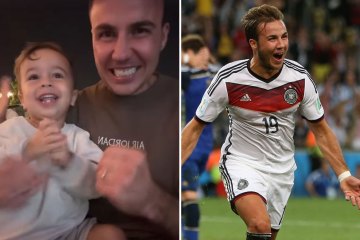 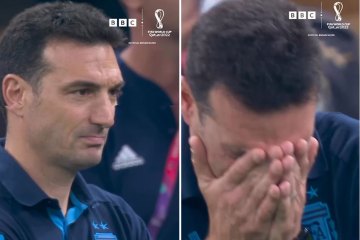 'BEAUTY OF THE GAME'

"You shouldn't touch the Cup. You're not a champion,” was one comment.

Another furious Instagram user said he was “unfollowing” the Turkish chef.

“You shouldn’t have touched that trophy only the players and staff who worked their asses off to become champions have that right.

"You only want attention.

at December 19, 2022
Email ThisBlogThis!Share to TwitterShare to FacebookShare to Pinterest