KATIE Price reportedly took so many drugs during her time as a Playmate that she passed out.

Former Playboy star Stacey Burke recalled her time living with the British glamour model in the famous mansion back in 2002.

Katie moved into Hugh Hefner’s mansion for six weeks shortly after the birth of son Harvey.

Stacey, who was one of Hugh’s girlfriends, claims that during her time there Katie ended up "passed out in the bathroom".

In a YouTube video, Stacey claimed: “We were roommates.

“I have got so many stories on that, I don’t know if I want to say what happened later on at night 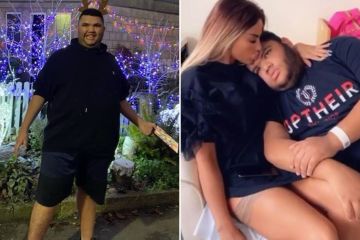 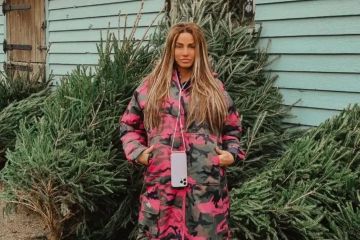 “She did so many drugs she passed out in the bathroom, paramedics came.”

Stacey continued: “She was in the mansion, she had just had the new born baby

“She was sitting down like this and I was like ‘Jordan, Jordan’. So I called security and they came up and it took a long time to revive her. She was fine. She must have taken too many drugs.”

Mum-of-five Katie has spoken in the past about her time in the Playboy mansion – including a bizarre way to mark her territory and also having threesomes.

MOST READ IN CELEBRITY

She drew the line at sleeping with Hef though, explaining: “When I was younger I lived with Hugh Hefner at the Playboy mansion for about six weeks, but to be a girlfriend you have to do the deed and I did not want to do the deed.

“He’s a really nice guy though. I just didn’t want to do it."

The star added : “I went to the famous grotto and I marked my territory – I p***ed in it.”

Katie's rep had no comment when approached by The Sun.

at December 05, 2022
Email ThisBlogThis!Share to TwitterShare to FacebookShare to Pinterest