The SeaPod, builty by Panama-based technology company Ocean Builders, is meant to be a self-sustaining, eco-restorative home that floats above the waves. 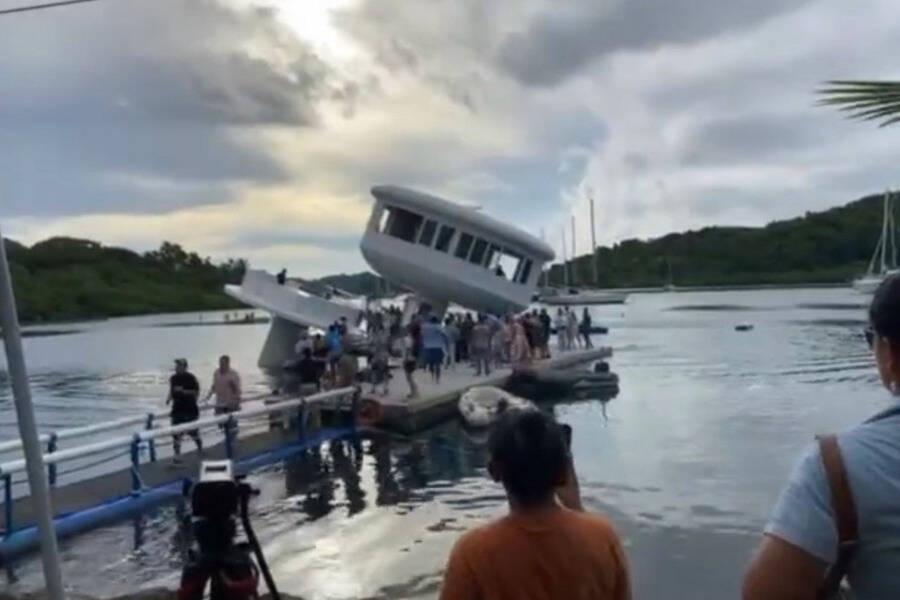 CheapPontoon/TwitterA still from a Twitter video of the SeaPod’s collapse.

At its grand unveiling on September 22, a futuristic luxury model home meant to float on the water toppled over in front of an audience that included Panama’s president, Laurentino Cortizo.

The SeaPod, developed by the ocean-innovation technology company Ocean Builders, was meant to be the first of many pieces of “revolutionary blue technology,” the company’s mission statement says, meant to make “the 72% of the world that is covered in water into an eco-sustainable paradise.”

Per Luxurylaunches, the SeaPod was designed by Dutch architect Koen Olthuis and very much resembles a spaceship — stark white, all round edges, windows that look out over the vastness of the ocean.

It uses more than 1,688 cubic feet of air-filled tubes to float roughly seven and a half feet above the waves. The part of the structure that sits beneath the water is designed to become a marine life ecosystem.

The ultra-minimalist home has an 830-square-foot living space divided into three levels, featuring all of the home essentials including a bedroom, living room, kitchen, bathroom, and space for storage. 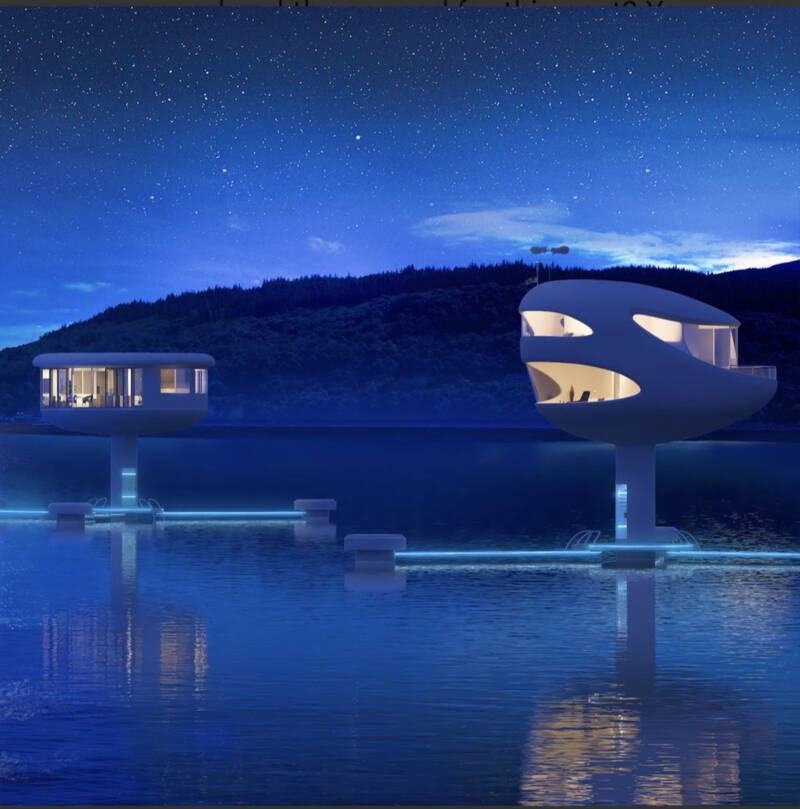 A wearable smart ring would enable residents to summon drones or automotive vehicles to deliver food.

Eventually, the developers hope it could be entirely self-sufficient.

“Our technology will allow civilization to move onto the sea and it will unlock the ocean as a new frontier with a quality of life that is unbeatable anywhere else,” the company said.

The prototype model was unveiled at the Linton Bay Marina in Panama alongside an additional structure that showed the layout of one of the floors. Unfortunately, it wasn’t long until the structure destabilized and toppled over with people still inside.

According to Autoevolution, local media covered the unveiling of the prototype but neglected to mention, for lack of a better term, what truly went down at the event. Naturally, though, videos of the collapse surfaced on social media shortly after:

After investigation, Ocean Builders determined that the toppling was caused by a bilge pump malfunction that threw off the balance of a steel spar in the prototype and caused it to flood.